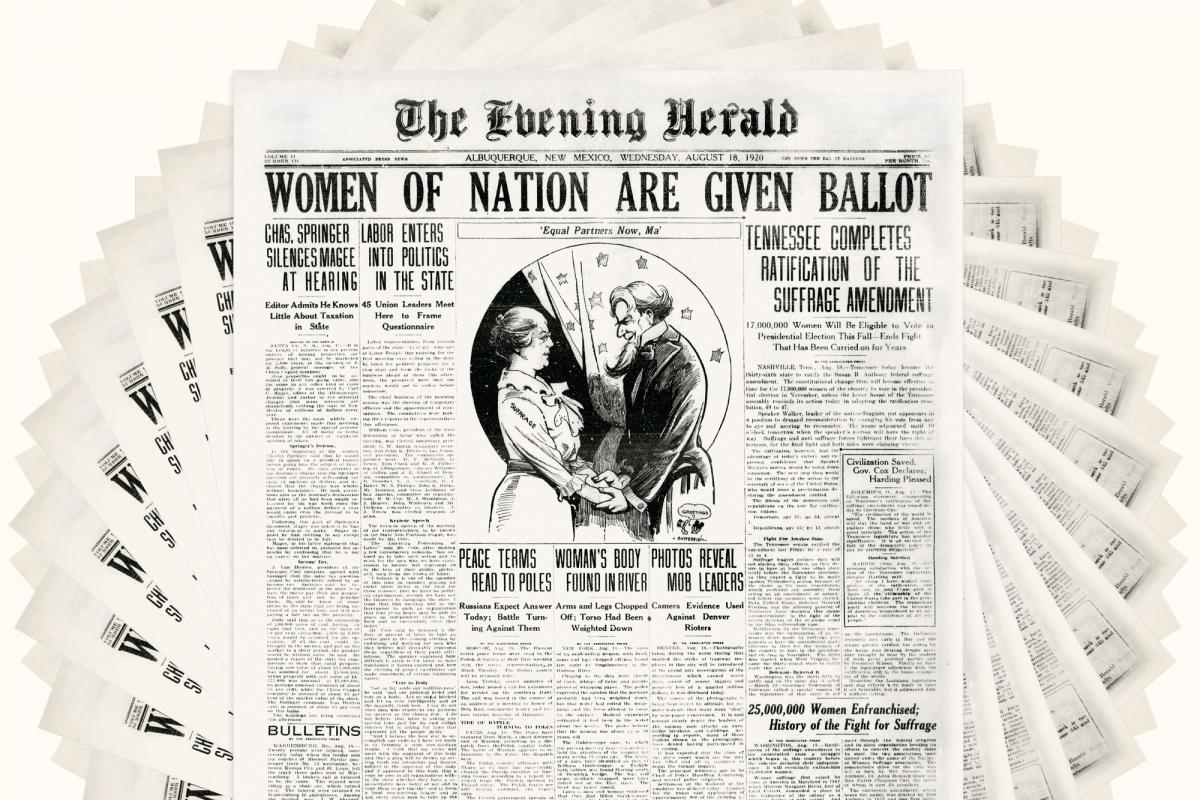 WASHINGTON, D.C. — Chronicling America, the free, searchable database of historical American newspapers, funded by the National Endowment for the Humanities (NEH) and housed and maintained online at the Library of Congress, has reached a new milestone in its development: the participation of partners digitizing newspapers from 48 states and two territories.

“I am thrilled to announce that the addition of new state partners brings the National Digital Newspaper Program closer to our goal of comprehensive coverage of U.S. history, both geographically and chronologically,” said NEH Chairman Jon Parrish Peede. “These new projects expand the range of voices from America’s past represented in this extraordinary national resource. Through Chronicling America, the American public will soon have access to contemporary accounts of great moments of our nation’s history, from the Revolutionary Era through World War II and the civil rights movement, from all corners of the country.”

Now at 15 million pages, Chronicling America gives users on computer, tablet, or phone direct access to American history as it was recorded locally in some 2,800 newspaper titles, in 19 different languages. In 2016, the project expanded its scope to include newspapers in the public domain published between 1690 and 1963. Users may now read the 1789 Gazette of the United States, a partisan paper friendly to George Washington’s administration and the emerging Federalist party, contemporary coverage of the Chicago Fire of 1871, or the headlines announcing that the United States had entered World War I.

Newly funded efforts in Rhode Island will digitize titles from a state where the first newspaper, the Rhode-Island Gazette, was established in 1732 by a relative of Benjamin Franklin, and where the short-lived 1790 Gazette Françoise provided information in French to Count Rochambeau’s expeditionary force during the American Revolution.

A grant for the Wyoming Digital Newspaper Project will allow for public access to 100,000 pages of newspapers documenting the advent of railroads in the West, Wyoming’s statehood, women’s suffrage, the Teapot Dome Scandal of the 1920s, and WWII Japanese internment camps.

And an expansion of an existing partnership between the University of Florida and the University of Puerto Rico to undertake digitization of newspapers from the U.S. Virgin Islands will add to Chronicling America a rich source of information on the Caribbean islands’ colonial history, including slavery and emancipation, the conflicts brought about by the transfer of the territory to the United States, and life under the new jurisdiction.

Launched in 2007, Chronicling America is part of the National Digital Newspaper Program (NDNP), a partnership between NEH and the Library of Congress to create a national digital resource of historically significant United States newspapers. NEH grants to state newspaper projects allow NDNP partners across the country to select historically important newspapers published in their respective states and oversee digitization of those titles for inclusion in the Chronicling America database.

Below are the most recent NEH National Digital Newspaper Program grants, awarded this month: