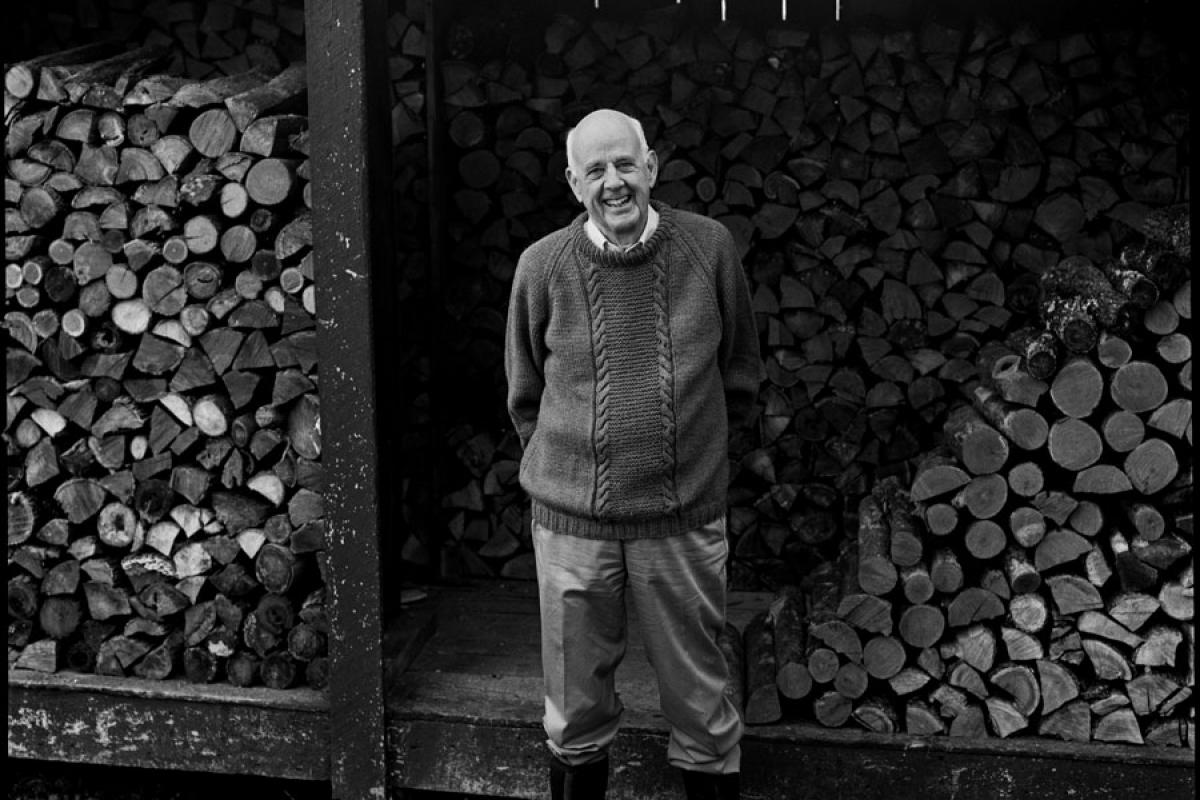 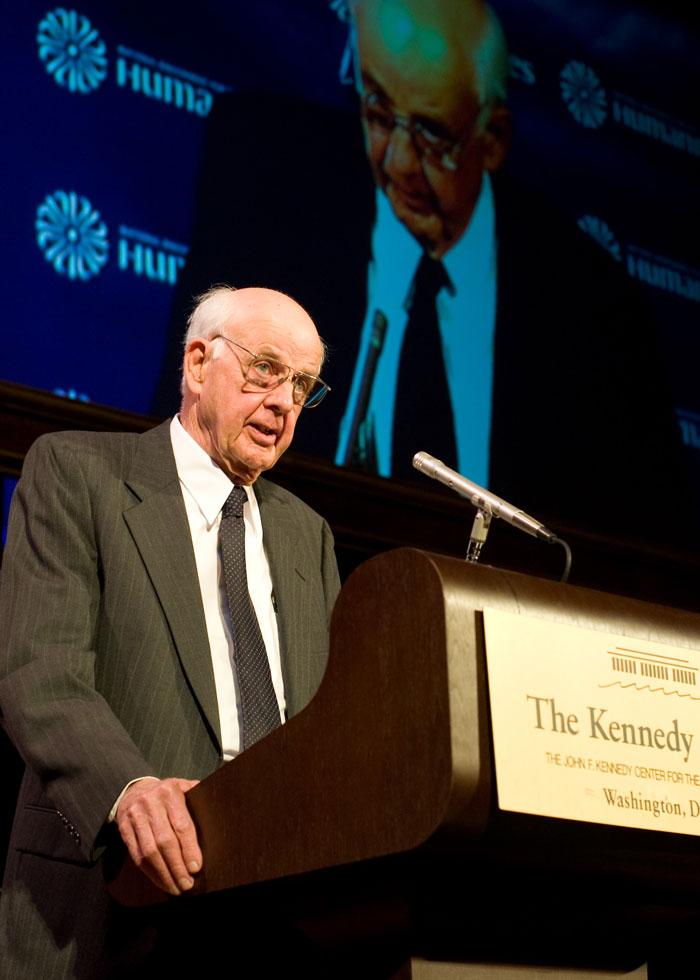 Wendell Berry delivers his 2012 Jefferson Lecture in the Humanities, "It All Turns on Affection"

Wendell E. Berry, noted poet, essayist, novelist, farmer, and conservationist, delivered the 2012 Jefferson Lecture in the Humanities on Monday, April 23, 2012 at the John F. Kennedy Center for the Performing Arts in Washington, D.C.

The annual lecture, sponsored by the National Endowment for the Humanities (NEH) is the most prestigious honor the federal government bestows for distinguished intellectual achievement in the humanities.

In his lecture, entitled “It All Turns on Affection,” Berry lamented the increasing divergence of modern man from the environment and local communities. Invoking the words of his mentor, the writer Wallace Stegner, Berry observed that throughout history Americans have been divided into two kinds:  the “boomers” who “pillage and run,” and the “stickers” who “settle, and love the life they have made and the place they have made it in.”

Inspired by a passage from E.M. Forster’s Howards End, Berry called for for a land use ethic that is shaped by a sense of “affection” for land and place. “And so,” he said, “I am nominating economy for an equal standing among the arts and humanities. I mean, not economics, but economy, the making of the human household upon the earth: the arts of adapting kindly the many human households to the earth’s many ecosystems and human neighborhoods.”  The full text of Wendell Berry’s lecture is available here.

Described as a “21-st century Henry David Thoreau,” Wendell Berry has spent his career meditating on our relationship and responsibility to the land and community. He is the author of more than forty books of poems, essays, short stories, and novels, many of which draw on the traditional rural values of Berry’s native Kentucky.  Read more about Wendell Berry and the Jefferson Lecture here.  Also available is a biography of Wendell Berry, an “appreciation” essay by New York Times writer Mark Bittman, and an interview of Wendell Berry by NEH Chairman Jim Leach.

This year, for the first time, NEH live streamed the Jefferson Lecture for those unable to attend. Watch the archived video of the lecture here.

The event began with the presentation by the Joint Armed Forces Color Guard with musical accompaniment by the United States Air Force Band Ceremonial Brass Quintet.  Wendell Berry was introduced by NEH Chairman Jim Leach, and his lecture was preceded by a reading by novelist, short story writer, and fellow Kentuckian Bobbie Ann Mason of Berry’s poem “VI” from his collection Leavings.

Read coverage of the 2012 Jefferson Lecture in the New York Times, Inside Higher Ed, and the Chronicle of Higher Education.