From the sights and sounds of her open windows, she noted the changing of seasons. 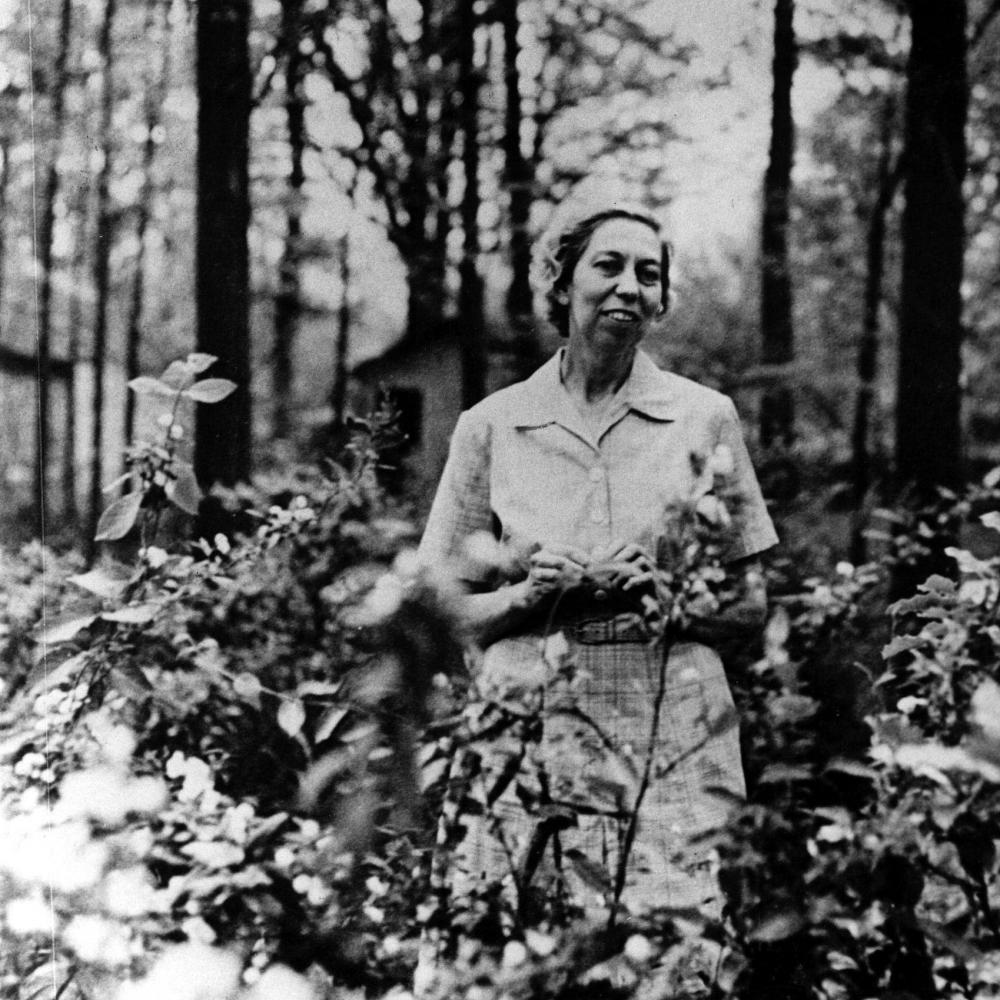 The summer of 2018 has been memorably hot across America, with days dogged by triple-digit temperatures in many parts of the country. That challenge points to summer as something to be survived, not savored, although at least one American writer had a different view.

Eudora Welty (1909–2001), the celebrated Southern novelist and short story writer who lived and worked in her native Jackson, Mississippi, knew a thing or two about hot summers. In her conversations and writings she greeted the season’s rising mercury as a reality to be embraced.

Tellingly, she chose not to install central air-conditioning in the Tudor-style home on Jackson’s Pinehurst Street, where she moved as a teenager and lived most of her life.

When I visited Welty on a bright, hot July day in 1994 for a newspaper interview, the windows of her living room were open to catch a breeze, and there was a floor fan to help keep us cool. The room was comfortable, although I was far from the first visitor to notice that Welty’s summer surroundings were not, in the tradition of most twentieth-century Southerners of means, climate-controlled.

On September 12, 1982, Welty’s hometown newspaper, the Clarion-Ledger, published an interview with her, headlined, “Eudora Welty’s South Disdains Air Conditioning.” It touched on her domestic routines, including her love of nature, her trips to the local grocery chain, lyrically named Jitney Jungle, and her decision not to update her house with central AC.

As she told interviewer Raad Cawthon, one of the benefits of keeping her windows open was sensing the shift from summer to fall, a transition under way as she spoke. “I love to be in touch with the seasons,” she told Cawthon. “People simply cannot understand that I don’t air condition, but this is so lovely. The other day between the time I was fixing to go to the Jitney and the time I left I counted six robins on the lawn. I said to myself, ‘The season is changing.’”

Welty was a writer for all seasons—she wrote persuasively about cold weather in her iconic short story, “A Worn Path,” for example—but she seemed most alive when she wrote about summer. She explained why in “The Abode of Summer,” a 1952 essay for Harper’s Bazaar. “I know my vision of where I live is a Summer one,” she told readers, “and Summer is the vision I keep year-round. Summer is the time when Southerners are South, where they live; and South is where it is summertime most.”

Welty elaborated why summer and the Southern identity are so deeply entwined:

Our South is the abode of heat—and the source of what’s good for it: the high ceilings, the cross halls, the porches, the frosty drink with mint coming out the top; the cotton dress, the cotton nightgown; those precious and cooling summer fruits, small blue fig and great big watermelon; parties moved out to the porch and yard, where the moonlight, in patterns of leaf and flower, descends along with the possible breezes to our skin and clothes, and music sounds sweet when it is played outdoors or steals out through a window to us.

After Welty’s death in 2001, her home passed to the state of Mississippi, which has opened it as a historical site. As part of an 18-month restoration of the house completed in 2006, officials installed a central air-conditioning system to help preserve the home’s contents.

Welty did not live long enough to address the matter of climate change and to what degree, if any, increasingly warm temperatures in many parts of the United States and the rest of the world might alter cultural attitudes toward heat.

In her own time, she expressed faith in the Southern capacity to adapt to summer’s arrival. “We do not fight Summer,” she wrote, “we persuade it; it is our own, we have learned measures, little ways to accommodate it, from which we take virtue. If on hot days we appear for the first moment cool and fresh as a daisy, we are likely to be complimented on living right.”

Danny Heitman is the editor of Phi Kappa Phi’s Forum magazine and a columnist for the Advocate newspaper in Louisiana. He writes frequently about arts and culture for national publications, including the Wall Street Journal and the Christian Science Monitor.

NEH has funded several projects related to Eudora Welty, including a challenge grant to endow educational programming at the Eudora Welty House in Jackson, Mississippi, and programs for college and university faculty and high school teachers. Welty’s civil rights involvement was one of many topics explored in 2013 in “One Place, One Time: Jackson, Mississippi, 1963,” an NEH Landmarks of American History and Culture workshop for high school teachers. NEH Chairman Jon Parrish Peede discussed Eudora Welty and Mississippi in the Summer 2018 issue of Humanities.

This article is available for unedited republication, free of charge, using the following credit: “Originally published as "Eudora Welty Relished the Southern Summer Heat" in the Summer 2018 issue of Humanities magazine, a publication of the National Endowment for the Humanities.” Please notify us at @email if you are republishing it or have any questions.