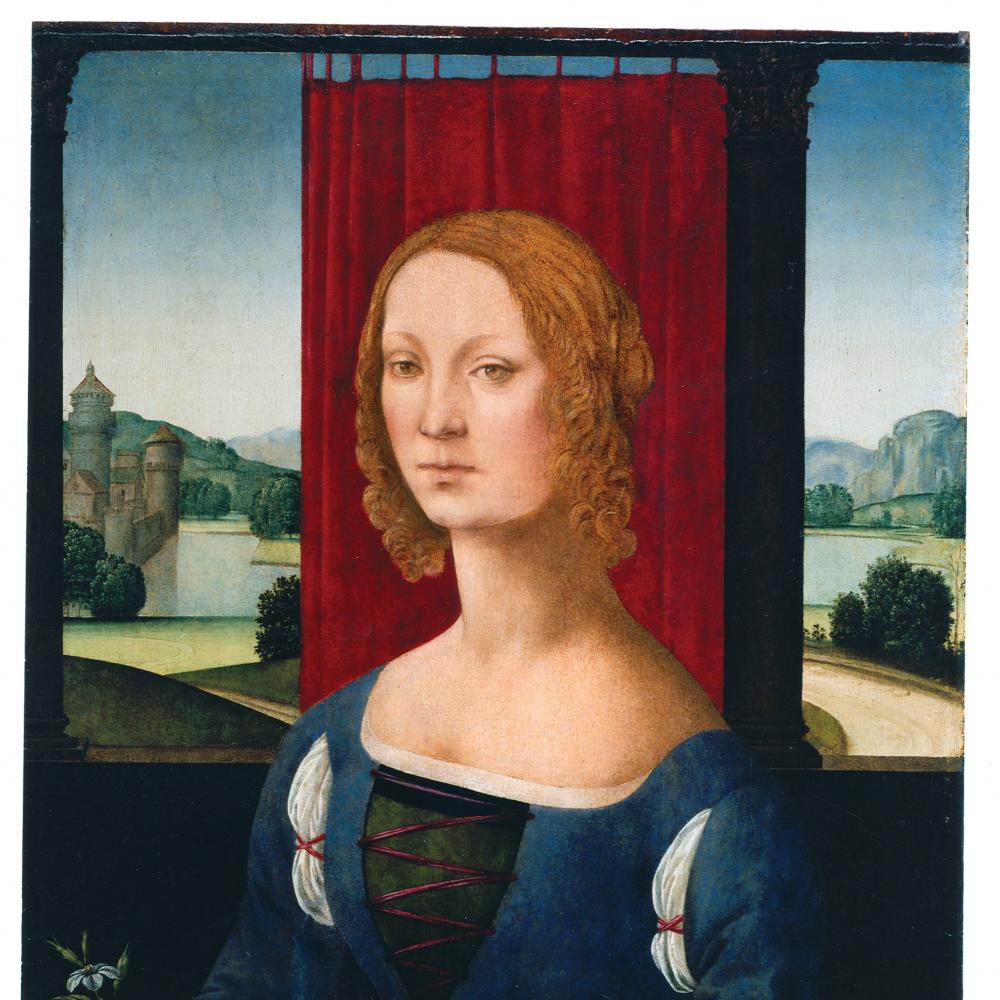 Presumed portrait of Caterina Sforza, by Lorenzo di Credi, circa 1460–1537.

Caterina Sforza, the infamous fifteenth-century Italian regent of Forlì and Imola, was also an early scientist who experimented with chemistry and medicine. On the cover of Meredith K. Ray’s NEH-supported Daughters of Alchemy, a portrait of her, reproduced and seen above, shows her holding a bowl filled with jasmine, a botanical staple for curing common ills and making perfume since the Middle Ages.

Sforza is best known for her legendary response to an enemy’s threat to kill her hostage children, words that Machiavelli preserved for posterity. “Do it, if you want to: hang them even in front of me,” she declared, lifting her skirts, “here I have what’s needed to make others!”

However, Sforza did care enough to will her highly guarded book called Experimenti, in which she recorded a lifetime of study in alchemy, to her son, Giovanni dalle Bande Nere. He would become the father of Cosimo I de Medici, a grand duke from the family that made its name in banking and governed Florence for centuries. Caterina’s manuscript (there is only one copy now remaining in a private archive) contains a method for making false gold, among other chemical recipes, that was attributed to Cosimo the Elder, who had been a political ally of her grandfather.

Her Experimenti recorded 454 recipes, most for medicines, others for cosmetics or alchemical processes. Her son treasured the manuscript as much as she had. Giovanni wrote about it to a correspondent, “We find missing from the strongboxes in Rome a handwritten book of recipes for many and various things: we must find it, because one way or another, we want it.”

Sforza’s lifeblood for this work was her apothecary, Ludovico Albertini, to whom she owed 587 florins at the time of her death, in 1509. In later generations, she wouldn’t have had that kind of bill for ingredients. In 1545, her grandson Cosimo I, who built a foundry for experiments in Palazzo Vecchio, also established a botanical garden in Florence—the third oldest botanical garden in Italy—to grow plants and herbs for medicinal purposes.