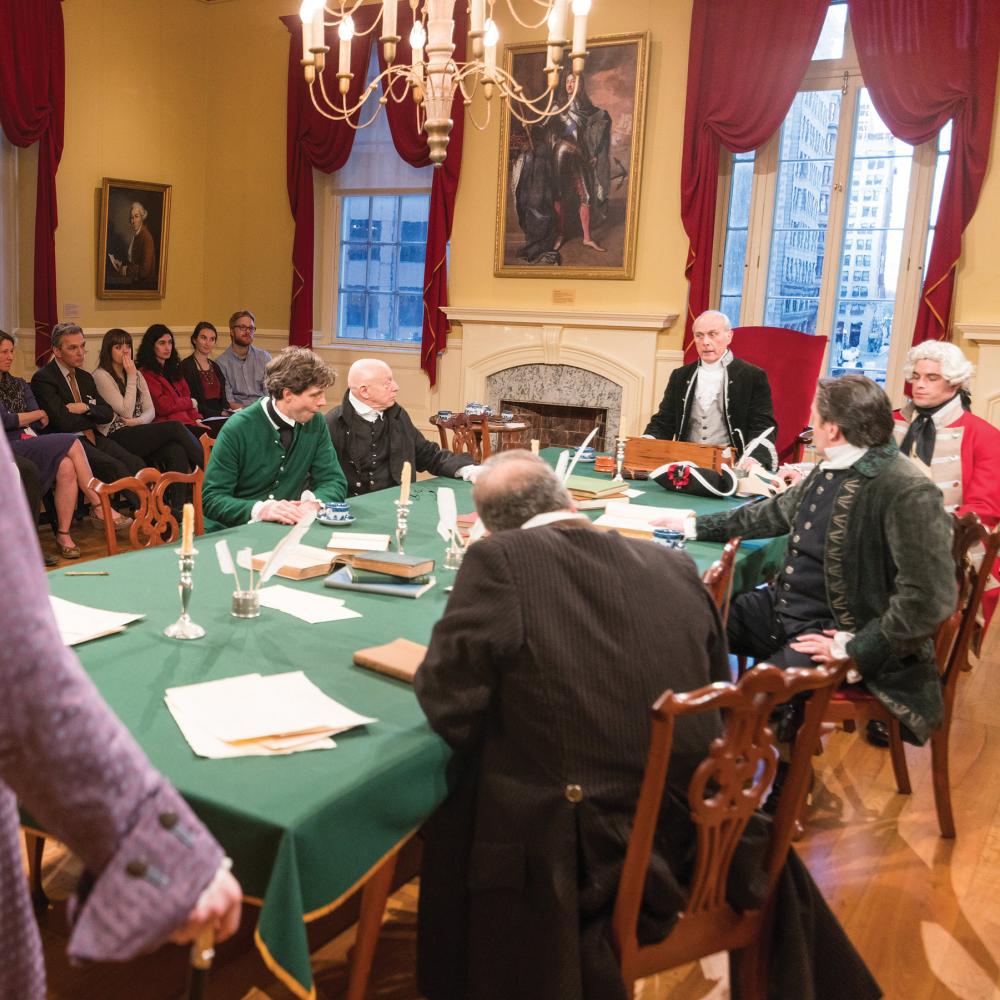 Massachusetts Governor Thomas Hutchinson argues with his council in Blood on the Snow.

On the morning of March 6, 1770, Boston was in crisis. The night before, British soldiers had fired their guns into a violent crowd, leaving four dead and seven wounded. This event was soon labeled the Boston Massacre, a milestone on the path to the American Revolution.

Bostonians demanded that acting royal governor Thomas Hutchinson remove all soldiers from town. Would that action keep the peace or reward mob violence? Did Hutchinson even have the authority to alter orders from London? Any choice would be fraught with consequences. This spring, modern crowds in Boston watched the discussion unfold again in a new play supported by Mass Humanities called Blood on the Snow, staged inside the same walls where the governor and his advisers debated those questions in 1770.

Blood on the Snow is an experiment in combining public history and theater. It is produced by the Bostonian Society, the nonprofit organization that maintains the Old State House, the brick building erected near the center of Boston in 1713 to house the town and provincial governments. The building is a major stop on the city’s Freedom Trail but, like all history museums, seeks new ways to engage visitors.

One of the Old State House’s main rooms was designed for the governor to meet with his council, the gentlemen selected to advise the royal appointee but often at odds with him. In recent years, the museum refurnished the Council Chamber using inventories from the mid 1700s. Visitors can sit in the governor’s upholstered chair at the long wooden table and examine reproductions of official documents. Nat Sheidley, the society’s historian, came to view the space as “a set that wanted to be peopled.”

But how? The Old State House already uses other methods of bringing history to life: a program of costumed interpreters called “Revolutionary Characters” and an annual outdoor reenactment of the massacre by dedicated volunteers. As he considered possibilities, Sheidley was struck by Boston’s response to the marathon bombing of 2013. Exploring how the community reacted to an earlier calamity could move the Council Chamber beyond politics to show “human beings living through the trauma.”

To dramatize that moment, Sheidley had to find the right playwright. Patrick Gabridge brought experience in writing dramas about historical events and for specific sites. Just as important, he came with a background in producing plays and had many contacts in Boston theater. He could assess the dramatic potential of the Council Chamber and recruit director Courtney O’Connor and a cast of ten.

Gabridge’s commission called for a one-hour play that rendered the council’s March 6 debate gripping for modern audiences. The historical record offered some leeway, as accounts of that meeting are incomplete and conflicting (pre-Revolutionary Bostonians argued about everything). Gabridge limited the cast, dropping some historical figures to ensure the audience could get to know all those who remained.

Blood on the Snow centers on acting governor Hutchinson, who begins the play by asking, “Who will wash away all that blood?” Other characters include brand names Samuel Adams and John Hancock and such lesser-known politicians as Samuel Dexter, along with the council’s doorkeeper, maintaining order in his own way. Gabridge brought into the room Andrew, an enslaved man, to provide an eyewitness account of the shooting and to remind viewers of the limits on Massachusetts liberty. (The cast remains all male.) At the end of the hour, the governor chooses to ask the local army commander to move the troops away. “Peace for now,” he says. Of course, audiences know that war broke out in the province five years later.

The Council Chamber itself was a major force in the production. Those 1713 walls provided an extra measure of authenticity during both rehearsals and performances. Audience members spoke of the experience as being like “time traveling.” Nearly every show was sold out, including matinees for high school classes arranged with the National Parks of Boston.

Sheidley and Gabridge hope the Bostonian Society will find the funding to revive Blood on the Snow in 2017. They talk about the potential for similar dramas at other sites along the Freedom Trail or elsewhere. Not every historic site has a space like the Old State House’s Council Chamber: large enough to seat a sizable audience, furnished with modern recreations instead of irreplaceable artifacts. But the most important lesson in creating any such drama, Gabridge says, is “you don’t fight the room.” Each project like this is best designed around its particular site and everything that space brings, including its historical resonances.

J. L. Bell, proprietor of the Boston1775.net website, is the author of The Road to Concord: How Four Stolen Cannon Ignited the Revolutionary War, published in May 2016. 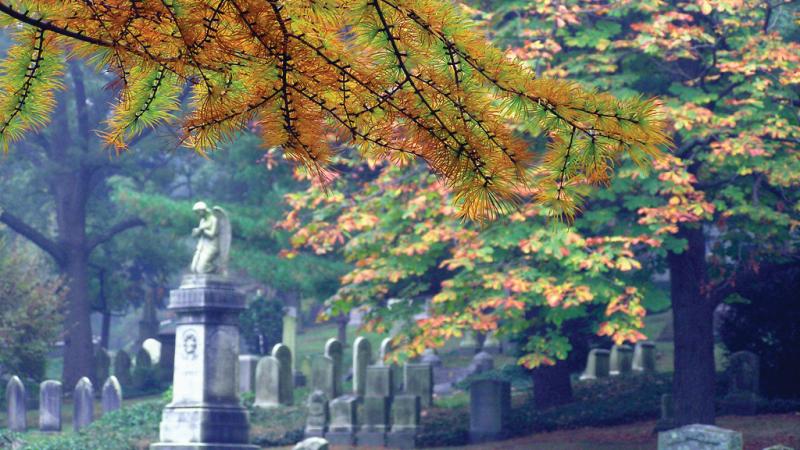