In the Edgy Culture of Brazil, the American Poet Elizabeth Bishop Felt Quite at Home.

"The loneliest person who ever lived," she once called herself. 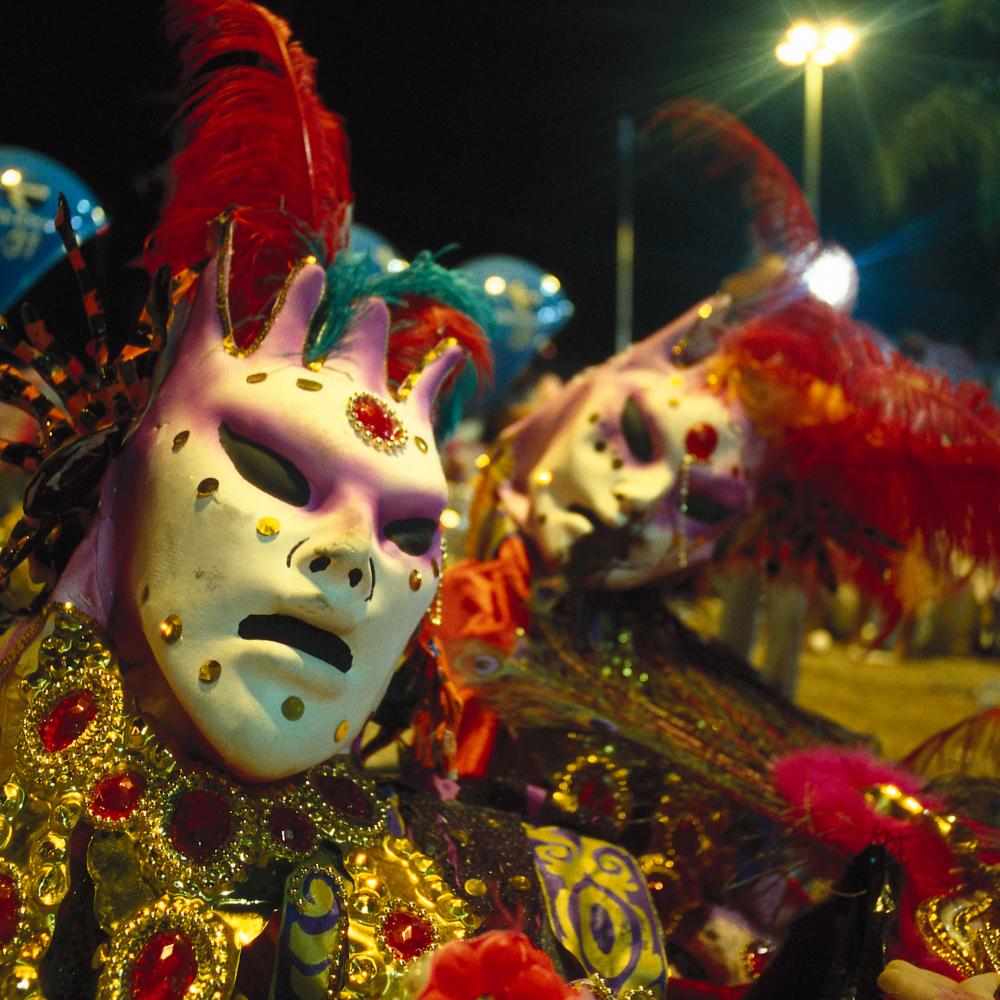 In Brazil, Elizabeth Bishop learned to write about alienation.

As Brazil attempts to train all eyes on the opening ceremonies of the Summer Olympics, observers continue to be distracted by the country’s travails: the recent Zika outbreak, economic difficulties, and the controversial impeachment of President Dilma Rousseff. Not a few people are wondering how a country facing so many challenges can stage such an extravagant spectacle.

It’s a question that would have been familiar to Elizabeth Bishop, the acclaimed American poet who lived in Brazil for nearly two decades, beginning in 1951. Before her death in 1979 at age 68, the last poem Bishop finished was “Pink Dog,” which juxtaposes the pageant of Brazilian Carnival season with the sight of a street mutt gone hairless from mange. Here are the first three stanzas:

The sun is blazing and the sky is blue.

Umbrellas clothe the beach in every hue.

Naked, you trot across the avenue.

Oh, never have I seen a dog so bare!

Startled, the passersby draw back and stare.

You are not mad; you have a case of scabies

but look intelligent. Where are your babies?

Unlike most of Bishop’s poems, “Pink Dog” unfolds in rhyme, and there’s a wry, can-you-top-this quality to her word choices, as when she gets “rabies” to chime with “scabies,” then goes one better with “babies.” The singsongy rhythm of the stanzas, which seems like a nod to the street music of Carnival, poses an ironic counterpoint to the somber subject matter, a homeless canine. “Pink Dog” reflects the gallows humor of Carnival itself, a celebration where skeleton images form part of the parades as a way to mock mortality.

But the poem endures because it invites readers to find multiple meanings. “‘Pink Dog’ is a poem about the brutality with which outcasts are treated, and she obviously throughout her life to a degree identified with outcasts,” poet Frank Bidart said of Bishop.

“The most significant fact of her biography,” her editor, Robert Giroux, once observed, “seems to be that early in life she became an orphan.” Indeed, shortly after she was born in 1911 in Worcester, Massachusetts, her father died, and then her mother was committed to a mental hospital. The young girl was raised by both sets of grandparents, spending her childhood in Nova Scotia and Worcester. “When you write my epitaph, you must say I was the loneliest person who ever lived,” she told fellow poet Robert Lowell.

Thanks to family money, Bishop was able to attend Vassar, where a friend of poet Marianne Moore brought the two together. The older Moore became Bishop’s professional mentor and champion. In 1951 Bishop, by then a successful poet in her own right, took what was supposed to be a brief voyage to Brazil. “She had no intention of remaining there, but she became ill—as she explains it, she ate the fruit of the cashew plant, and this made her deathly ill, apparently—so she was there for a long time, and decided to stay,” Giroux recalled.

In Brazil, Bishop fell in love with Lota de Macedo Soares, an architect from a prominent Brazilian family, and they moved in together. Thousands of miles from her birthplace, Bishop finally felt at home.

“Brazil must have represented for Elizabeth a kind of clarifying mirror, in all of its strangeness, for the things that she needed to see freshly again,” poet James Merrill said of her expatriate years.

That’s the abiding paradox of Bishop’s Brazil period—that in making a happy home there, she gained the confidence and clarity to write so compellingly, in poems like “Pink Dog,” “Squatter’s Children,” and “Manuelzinho,” about alienation.

Bishop’s happiness didn’t last. Her relationship with Soares, dramatized in the 2013 feature film Reaching for the Moon, eventually frayed. Soares committed suicide in 1967, and Bishop became unrooted again. She spent her final years teaching at Harvard.

But nearly four decades after her death, Bishop’s poetry continues to grow in reputation, the legacy of a writer who found her voice in Brazil, and wrote poems worthy of Olympic gold.

The life and poetry of Elizabeth Bishop have been at the center of numerous NEH-supported projects, including a critical biography that has been undertaken by Thomas J. Travisano of Hartwick College and, in 2005, Timothy J. Materer’s article in Twentieth-Century Literature on the friendship between Bishop and fellow poet James Merrill, "Mirrored Lives." NEH also supported Voices and Visions, a documentary series with episodes dedicated to Bishop, Sylvia Plath, and Robert Lowell. Bishop's poetry was last discussed in Humanities magazine by Carol Frost in "A Poet's Inner Eye" in 2009.