How Americans View Muslims—And What They Don’t See

A pollster reports his findings 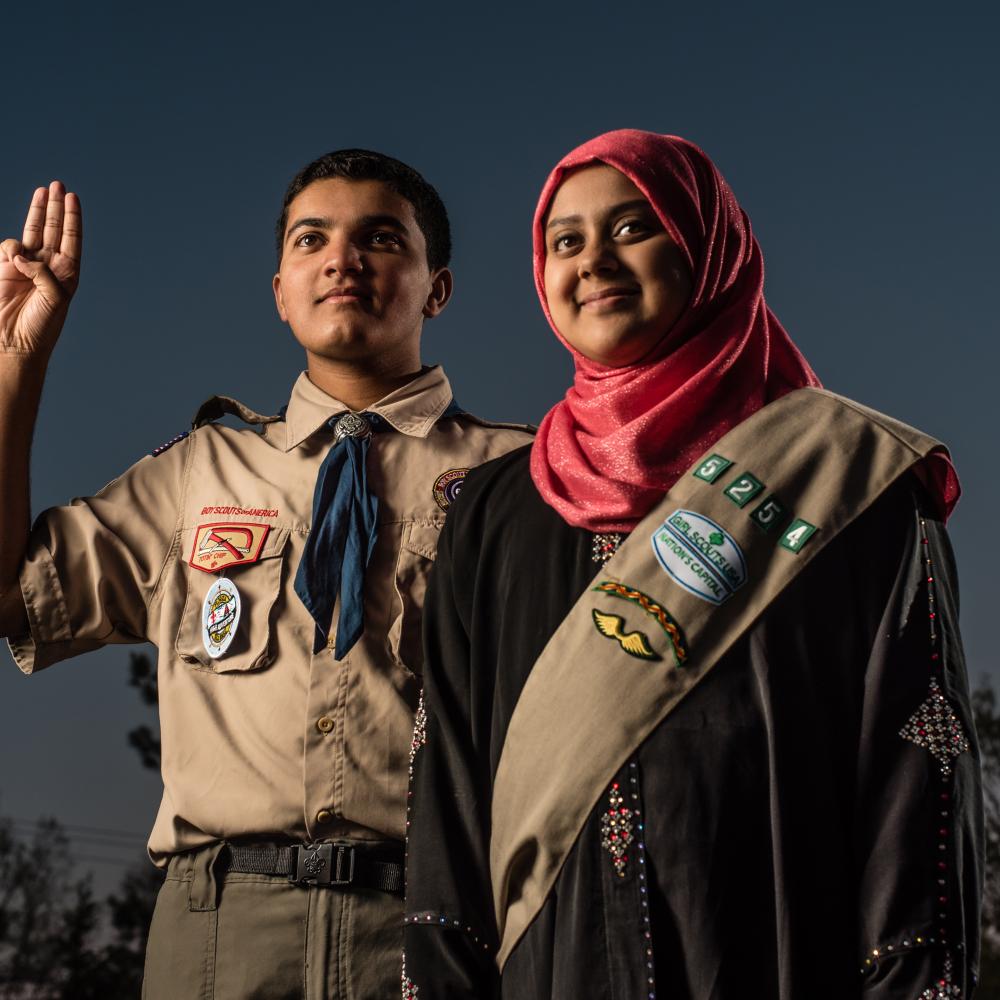 Wahaj Syed and Faateha Syed are Scouts in northern Virginia.

America’s image of its Muslim population is overly broad and distorted in certain respects, according to data collected by the Pew Research Center. Besheer Mohamed, a senior researcher at Pew, presented his findings on the differences between the actual demographics of Muslims in the U.S. and the perceptions of the general public at the Folger Theatre in Washington, D.C. The July 8 talk was part of the Folger’s CrossTalk D.C., a project supported by NEH through Humanities in the Public Square, a nation-wide initiative aimed at fostering meaningful dialog in communities about the most pressing issues of the day.

Pew surveys given within the last five years, for instance, show that only 26 percent of all Muslim-American adults are immigrants from the Middle East or North Africa. A fifth of Muslim adults in the U.S. are converts, mostly born in this country, often to parents also born here. Of U.S.-born Muslims, 40 percent describe themselves as black. Flagging a common misconception, Mohamed pointed out that “most African-American Muslims are not members of the Nation of Islam.”

The conclusions the general public draws about the Muslim community tend not to come from personal experience, says Mohamed, who notes that only half of Americans surveyed reported knowing a Muslim, even in passing. Despite this lack of familiarity, almost half of Americans surveyed say that Islam is more likely to encourage violence; a quarter of the public, Mohamed says, believe that at least half of U.S. Muslims are anti-American. However, Pew’s data suggest that American Muslims tend to be more satisfied with the way things are going in the U.S. than their non-Muslim counterparts.

Muslim Americans also have more in common with the general public than many might expect, says Mohamed. They tend to be closely aligned with national averages in terms of wealth and commitment to religious practice, and Muslims in the U.S. reported degrees of sports-watching and video-gaming “just like every other American.”  Muslim immigrants are one of the most likely groups migrating to the U.S. to become citizens (70 percent). Mohamed says that researchers use this data point to try to answer the question: “How much are Muslims trying to become American, trying to fit into American society?” Despite this common ground, tolerance for Muslim Americans has declined steadily over the last decade.

Like many other minorities in America, Muslims report more instances of prejudice against themselves than the general public realizes or acknowledges, Mohamed says. According to a 2011 Pew study, 28 percent of Muslim Americans report that they had been treated with suspicion because of their religious identity in the past year. Pew surveys of blacks, Jews, and evangelicals show discrepancies between the degree of unfair treatment that group members experience and outsiders notice. In an interview, Mohamed emphasized this “disconnect” between internal and external perceptions, adding that many racial and religious minorities “are having an experience that nonmembers just don’t see, or aren’t recognizing in many cases.”

According to Mohamed, Muslims are the most negatively viewed religious group in the U.S., closely followed by atheists. The general public’s negativity toward Muslims in America has intensified since 2002, he said. But he also said that even a basic familiarity with Islam or its followers often leads to more positive attitudes among Americans. Muslims make up a small but steadily rising contingent of the U.S. population, with today’s 1 percent of the population expected to reach 2.1 percent by 2050. A Pew study published in 2011, available on the organization’s website along with all of the data that Mohamed drew on for his talk, indicates that there is “no evidence of rising support for Islamic extremism among Muslim Americans” since 9/11.

Information on attitudes toward Islam and its followers before 9/11 is hard to come by. Comprehensive data on Muslim Americans is a relatively recent phenomenon because there was almost no funding for the research before 2002, Mohamed says. He added that because Pew only surveys adults researchers have yet to tap into the dynamics of today’s school groups. As the population grows and ages—U.S. Muslims overall are relatively young—both self-descriptions and external perceptions are likely to evolve.

Besheer Mohamed’s talk was part of CrossTalk D.C. Conversations, a community-engagement initiative organized by the Folger Shakespeare Library to explore race, religion, and identity. CrossTalk builds on themes from Shakespeare’s The Merchant of Venice and Aaron Posner’s Folger-commissioned District Merchants, a retelling set in post–Civil War D.C. This summer, the Folger is also running Teaching Shakespeare 2016 for middle and high school teachers. Among the plays the teachers will study are Othello, The Tempest, and The Merchant of Venice. CrossTalk and Teaching Shakespeare are both supported by NEH. 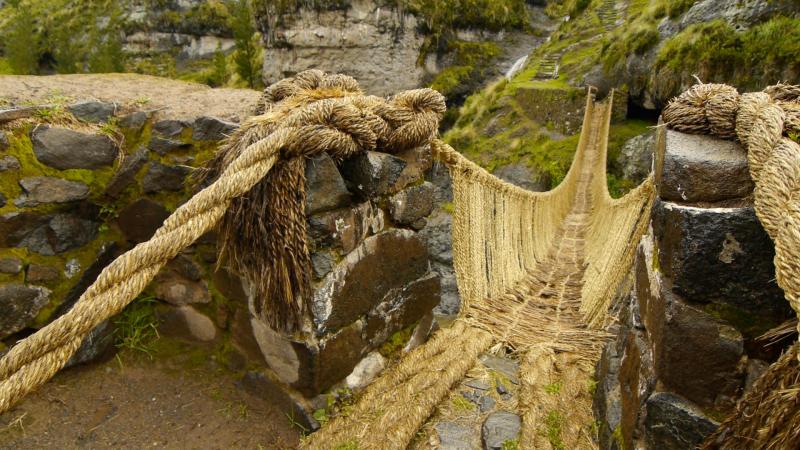 Building a Bridge Without a Plan

An endangered language and ancient lore allow Quechua communities to cross the Apurímac River in Peru.