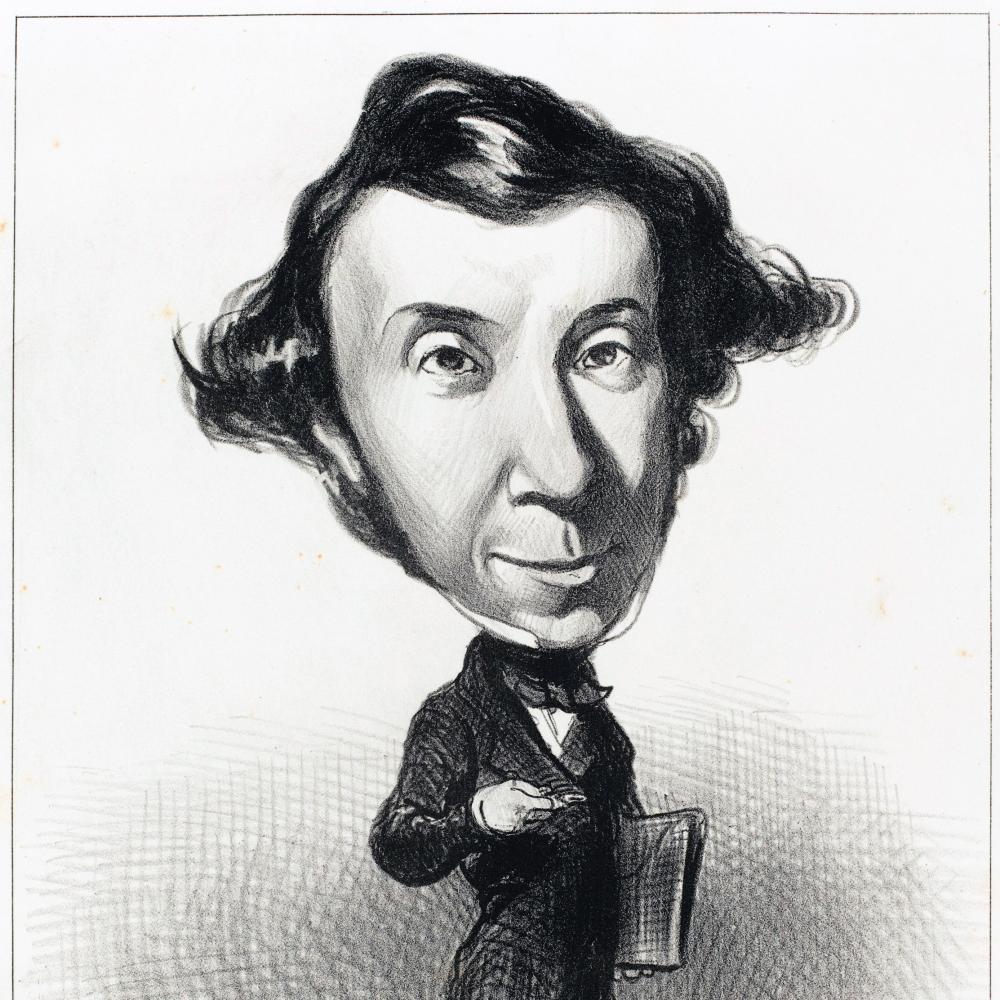 Caricature of Toqueville by Honoré Daumier.

Alexis de Tocqueville thought Americans talked—and argued—about religion more than any other people in the world. In this edition of IQ, Alan Kahan, a professor at the University of Versailles/St. Quentin in France, deconstructs the great political thinker’s trenchant observations. Kahan’s work on his latest book, Tocqueville, Democracy, and Religion (Oxford University Press, 2015), was supported with an NEH fellowship.

Why did Tocqueville write Democracy in America? Wasn’t there enough going on in France?
Too much. His acceptance of France’s Revolution of 1830 got him into hot water with his conservative family and friends, and it dimmed the prospects for his budding judicial career. Getting on a boat and going away for a couple of years seemed like a good idea. Why America? Tocqueville had already begun thinking about the nature of democratic society, and America was the obvious place to see democracy in something like its natural state.

What did Tocqueville get right about America?
So many things! America’s profound egalitarianism; its deep racism; its combination of morality and materialism; its pragmatism; its self-confidence; its decentralized political system are all in Tocqueville’s account. He had a keen eye for the role played by lawyers in American life. He stressed the importance of religion in America and the peculiar integration of religion into American politics, so striking even today to French people who cannot understand why American presidents’ inaugural addresses always mention God.

Where was he all wrong?
He predicted that one day everyone in America would be either a Catholic or an atheist. Later in his life, he was afraid that the immigration of Germans and Irish would endanger American freedom because they were people who had not experienced free government.

You call him a moralist. Why?
Because what really interested him was the study of individual character, particularly the way in which great human beings come to be. As a moralist, Tocqueville saw freedom as a precondition for greatness, and participating in a free political system was both a means to moral greatness and a way of being a great person.

What surprised him most about America’s religious landscape?
Unitarians. He had never heard of them before he got to America, but he attended several Unitarian services and met the so-called Pope of Unitarianism, William Ellery Channing, and read some of his books. The experience convinced him that Deism (he considered Unitarians Deists rather than Christians, although he was aware they thought differently of themselves) might work as a religion for the educated, though never for the masses. In fact, Unitarianism was fairly close to his personal religious beliefs, although he regularly attended Catholic services in France, without taking communion.

Your favorite fake Tocqueville quote?
“America is great because she is good. If America ceases to be good, America will cease to be great.”

Does that quote bear any resemblance to anything he actually said?
Not really. But he could have said it. He was afraid that if American mores became corrupted, this would endanger American freedom.

Who were Tocqueville’s best informants?
Jared Sparks, the future president of Harvard from whom Tocqueville picked up the idea of the “tyranny of the majority,” though Sparks did not like his use of it; New York congressman John C. Spencer, who taught him much about the American judicial system, American religion, and American politics; and the Texas hero Sam Houston, who had lived among the Cherokee for three years and spoke their language. Tocqueville had long conversations with him about Native Americans and their sad fate while steaming down the Mississippi.

Andrew Jackson’s 1828 presidential election was a dirty fight. What would Tocqueville think about the modern campaign trail?
I think what would surprise him most would be that multimillionaires have become serious political players. He thought being too rich was a political handicap in the America he visited. On the other hand, the obsession with polling would fit right in with his views about the role of public opinion in American life.

America in the twenty-first century—was Tocqueville prescient?
America is still in many ways the America of 1831, both as a nation and as a democratic society. Despite immigration and the Internet, what Tocqueville often said remains true, not because he could predict the future, but because he understood his present so well.

Tocqueville thought deep thoughts, but did he ever have fun?
Much too frequently, as far as his wife was concerned. He was very fond of seducing women, both before and after his marriage—despite being really devoted to his spouse, a combination she found difficult to accept. On the other hand, to go along with this stereotypically French behavior, he didn’t much care what he ate or drank. He barely noticed American food. 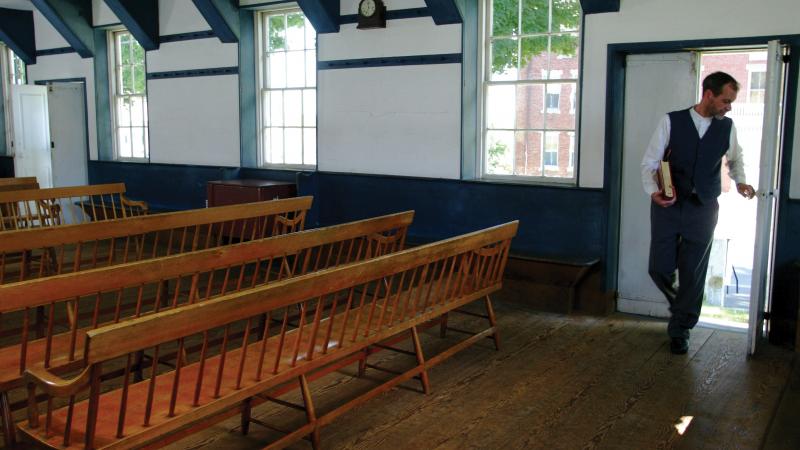 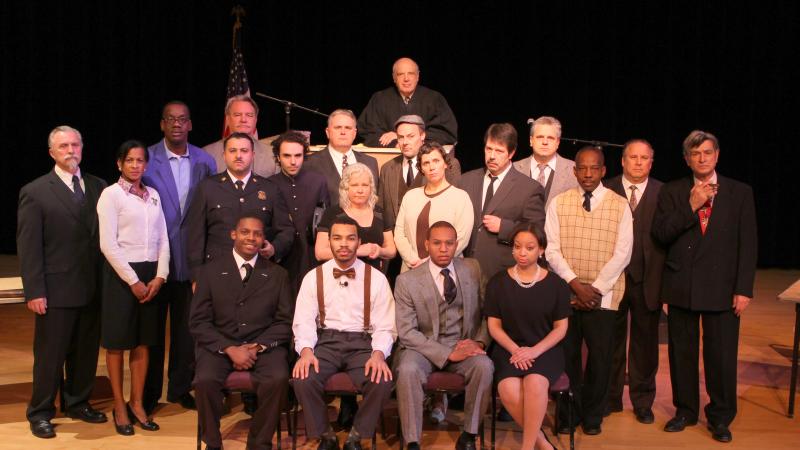