She takes on challenging issues in Wyoming.

Deciding to set a wildly different course changed the trajectory of Shannon Smith’s life. At mid career, the executive director of the Wyoming Humanities Council went back to school to pursue a graduate degree in history and then took a job at Oglala Lakota College on the Pine Ridge Reservation in South Dakota.

“I had to prepare to teach American history to American Indians,” Smith says. “The whole concept just was very intimidating, and I’m not easily intimidated.”

Smith decided to compare the culture and societies of the pre-Columbian Americas with the contemporary cultures in Europe. “We threw out the textbook,” she says, “and it forced me to become much more in tune to living in a different culture, even though it was just 18 miles north of my house.”

Smith had grown up around that culture, and her father, Michael V. Smith, had been the prosecutor during the trial of the two men who murdered an Oglala Lakota man, Raymond Yellow Thunder, in 1972. This incident was a factor in the American Indian Movement uprising at Wounded Knee in 1973.

“One thing I realized after I moved away and started maturing was that I had Indian friends when I was a little kid in grade school,” she says. “But by the time I was in high school, all my Indian friends had left and gone to the reservation or just quit.”

After graduation, Smith earned her computer science degree at the University of Nebraska–Kearney and then worked in the technology and business world for 17 years. But that wasn’t enough: “I had this epiphany where I didn’t want my tombstone to say I sold a lot of software.” So she decided to follow her passion—the humanities.

It was her history background, including publishing Give Me Eighty Men: Women and the Myth of the Fetterman Fight, combined with her family connection to Wyoming and experience in the technology world that landed her the role of executive director of the council.

One of Smith’s mandates upon hiring was to do a technology makeover. She and her staff instituted a new website, a database, and a contact management system. Having accomplished this herculean task, Smith is pursuing her next goal, which is to become an indispensable go-to for Wyoming: “Our idea is to be viewed as the dynamic resource for our state to explore complex issues.”

There is a tension between what Wyoming is and what it wants to be, and the world’s impression of the state reflects that tension. “The rest of the world thinks Wyoming is Grand Tetons and Yellowstone—we are landscapes,” Smith says. “What I’d love for them to know is that we also have landscapes of humans, of people who have amazing stories.”

“We did this great booklet called Heal Up and Hair Over—the title comes from a ranching idiom about how an animal’s hide recovers from being branded. The idea is that you could have a fight with your neighbor, but you better heal up and hair over because the first person who’s going to come upon you if you’re stuck in a blizzard is that neighbor. So it really does force us to know each other better and be more tolerant of each other.”

Wyoming’s council sees itself as an agent of change. “I have a strong and very culturally diverse and intellectually engaged board that wants to challenge this state to think about these important topics,” she says.

Take the recent controversy over an Islamic mosque in the town of Gillette, population approximately 30,000. The town’s first mosque opened its doors in late 2015, which prompted several residents to form a Facebook group called Stop Islam in Gillette to protest and to threaten members of the congregation. This controversy has more recently evolved into anti-refugee protests.

The controversy prompted an essay by Kathryn Schulz in the New Yorker titled “Citizen Khan.” This piece explored the life of Zarif Khan, aka Hot Tamale Louie, who was born in the mountainous borderlands between Afghanistan and Pakistan and settled in Sheridan in 1909. His many descendants live across the state and helped found the Gillette mosque.

At the request of Wyoming’s governor, Matt Mead, the Wyoming Humanities Council has been facilitating conversations on these issues. It has sponsored multiple panel discussions that included Bertine Bahige—a U.S. citizen, an alum of the University of Wyoming, a Gillette math teacher and soccer coach, and a married father of two, who was a child soldier in the Democratic Republic of Congo.

In Jackson, the council hosted a talk for nearly 300 people by Jose Antonio Vargas, the Pulitzer Prize-winning journalist who “came out” as an undocumented immigrant and is advocating for undocumented students, many of whom were in the audience.

Smith’s new focus is rebranding—the “Wyoming Humanities Council” is becoming “Wyoming Humanities” with the theme and URL of ThinkWY. Smith says, “We’re the organization that helps you think about Wyoming, think about why things are happening, and take a closer look at life through the humanities. It’s a whole new way of framing what we do.”

What event made you decide to become a historian? Reading Undaunted Courage by Stephen Ambrose and thinking, “I want to write like that!”

What is your best winter-in-Wyoming story? On New Year’s Eve day 2013, my husband and I spent six and a half hours stranded in our car on Interstate 80 during a ground blizzard near the top of Elk Mountain.

The most overrated classical virtue? Prudence.

Which historical figure would you like to hang out with? George Armstrong Custer. He was a more nuanced character than people give him credit for and enjoyed life to the fullest.

What do people from other states not know about Wyoming? There are two escalators in the entire state, and Wyoming’s entire population is slightly less than the city of Milwaukee, Wisconsin. Also, Wyoming gave women full suffrage in 1869—50 years before the United States granted women the right to vote. 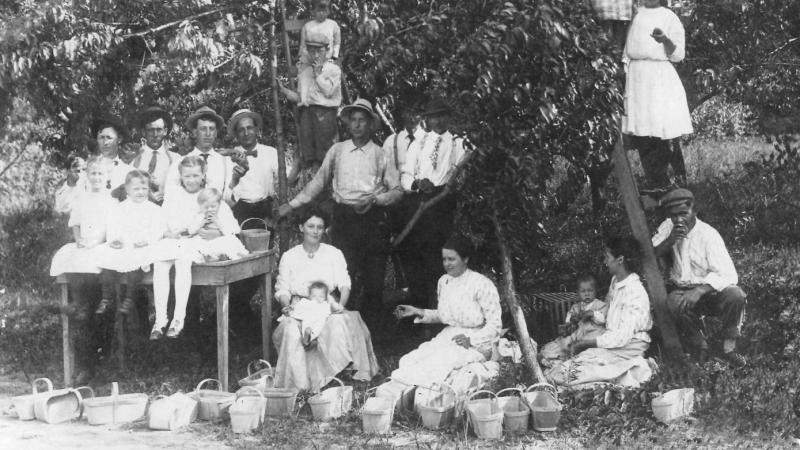