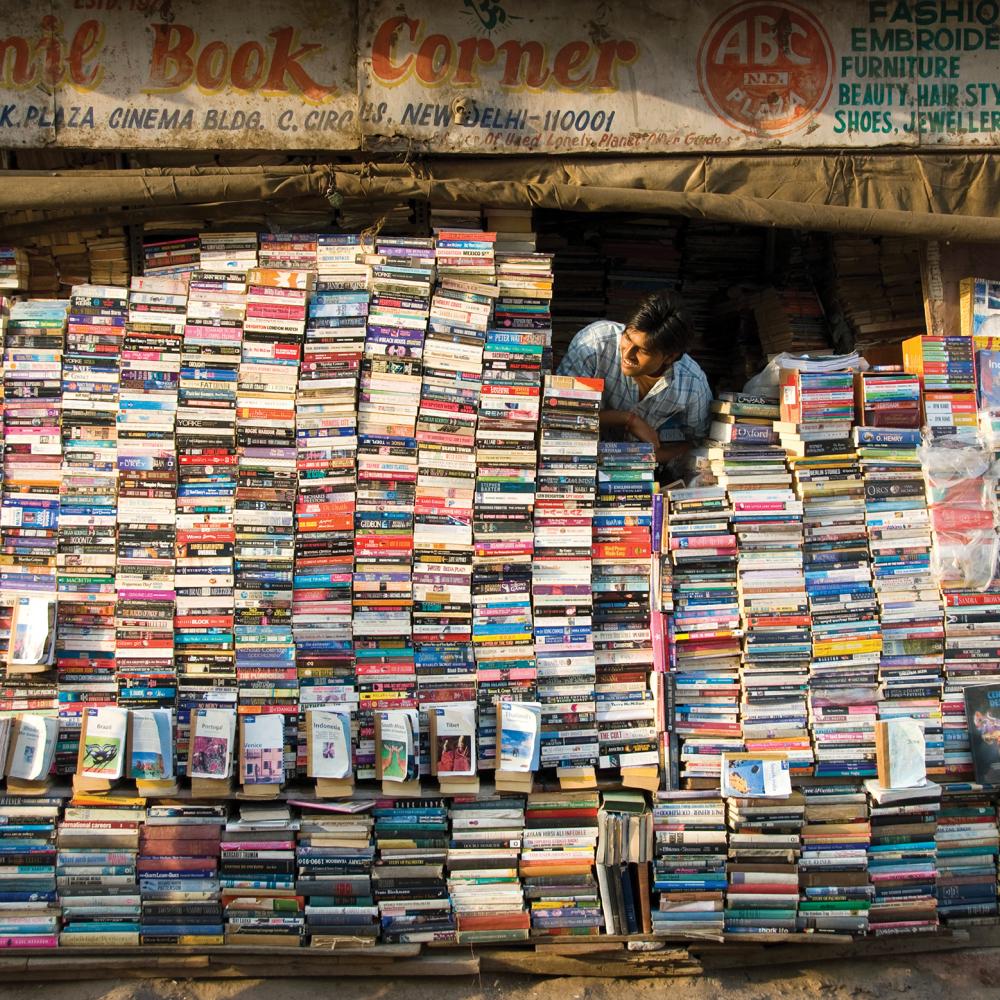 A modern-day "cave of wonder."

Reading always seems to be in crisis. Two and half millennia ago, Socrates inveighed against the written word because it undermined memory and confused data with wisdom. When the codex—the bound book—appeared, some conservative Romans almost certainly went around complaining, ‘What was wrong with scrolls? They were good enough for Horace and Cicero.’ Gutenberg’s press gradually undercut the market for illuminated manuscripts. Aldus Manutius, inventor of the pocket-sized book, rendered huge folios a specialty item.

To skip ahead a few centuries, the Fourdrinier papermaking machine and other industrial-age innovations helped democratize books and periodicals by making their production faster and cheaper. Three-volume Victorian novels flourished as a staple of the rental library—until railroads came along and passengers sought shorter, more portable light fiction for their now daily commutes. For half the twentieth century, the Book of the Month Club transformed reading into a mail-order business: No longer did you need to visit a store to acquire the latest best-seller. Since the 1930s, mass-market paperbacks have extended the life of popular hardcovers and resurrected older masterpieces: What Baby Boomer doesn’t remember the clean, elegant feel of Signet Books, the distinctive design of Penguin Classics?

After each of these technological advances, most of them initially regarded with distaste by the sophisticated, the market for books expanded and the number of readers increased. By the late nineteenth and early twentieth century, when public education made basic literacy available to everyone, the western world couldn’t get enough printed matter. Andrew Carnegie financed the construction of hundreds of city libraries. Newsstands resembled caves of wonder, overflowing with magazines and serial fiction for every taste. This was the heyday of Sherlock Holmes, Tarzan, and the Scarlet Pimpernel, of The Secret Garden and The Thirty-Nine Steps, of The War of the Worlds and The Wonderful Wizard of Oz. Escapist reading had never been better.

Of course, scolds regularly complained—then as now—that people were just drugging themselves with trash, that bad books were driving out good, that young people were being corrupted by pulp fiction when they should be devoting their days and nights to Plato and Shakespeare. Civilization was obviously being dumbed down, if not entirely destroyed. Consequently, educators and fast-talking salesmen were soon promulgating the virtues of spending 15 minutes a day with the Harvard Classics or, a little later, of investing large sums in the Great Books of the Western World.

Today, many people similarly bluster that digital books and our increasingly screen-based culture herald the end of serious reading. This is nonsense. There are consequences, and sometimes drawbacks, to all new technologies, but human beings can’t live without stories and poems. Young lovers will always read Sappho, Donne, and Keats. Madame Bovary and The Great Gatsby will remain irreplaceable commentaries on our proclivity for romantic illusion. Older folk, hoping to make some small sense of life before its end, will continue to study history and philosophy. Whether people turn pages or look at pixels on a screen is secondary.

But consider this: Through social media, the young woman of today who discovers Sylvia Plath can quickly share her excitement with friends around the world. She might leave a comment about Ariel or The Bell Jar on Goodreads, or join an online discussion group, or post links to sites devoted to the poet’s work and memory. Her enthusiasm might lead a dozen or a thousand more people to Plath.

That’s just one advantage of our screen-based culture. Older and half-forgotten titles are now readily available through Project Gutenberg and its ilk. Entire libraries can be carried in your pocket. Digitized texts can be easily and quickly searched, or their font size enlarged for aging eyes.

Nonetheless, countering these real benefits are various pitfalls. Computers encourage skimming instead of focused attention and solitary engagement with a book’s words and ideas. The buzzing Internet hive fosters meaningless chatter as well as meaningful dialog. Screens themselves impose a factitious homogeneity: James Bond looks like Jane Austen and a smartphone blurs the difference in size between the Giant Bible of Mainz and a tiny miniature book.

Above all, no digital facsimile can ever replicate the mana, the glamour of a physical artifact. An online image of Van Gogh’s Starry Night hardly conveys the impact, the glory of the actual painting. In like fashion, first editions aren’t just a collector’s fetish: The dust jacket, the binding, the advertisements and blurbs, and even the misprints convey useful information. Printed books do more than furnish a room; they assume a real, vital presence in our lives. We can casually pluck a volume from a bookcase, reread a poem or a few pages of a novel, find ourselves comforted, refreshed.

By contrast, our increasing reliance on digitized texts carries some odd, but credible dangers. First, our mental universe may, paradoxically, grow constricted, since so much of a dedicated reader’s life depends on browsing. At a used bookshop, you might pick up an old paperback from a bin because of the sexy brunette on its cover or pull The Rose of Tibet, The Last Good Kiss, or The White Goddess from a shelf just because of those evocative titles. You might spend a minute enjoying a paragraph or two, then add the book to the others you absolutely must take home. The experience of browsing is hard to replicate online. Human beings are tactile creatures, and we find ourselves drawn to things we can touch and handle. What’s more, in this instance, screens are slower. Your eyes can dart down a row of books faster than your smartphone can display titles. If brick-and-mortar bookshops utterly disappear, we run the risk of losing familiarity with huge swathes of older fiction and nonfiction.

A second worry is somewhat Orwellian. Physical books are—more or less—textually stable. We own them, we don’t simply borrow them for a while from an online vendor or download them from some nebulous cloud. But how much integrity can you attribute to pixels? Who’s to say that some evil jokester, religious zealot, or government agency might not quietly start altering texts, adjusting them to conform with current beliefs and ideologies? Controversial books might be softened—no more N-words in Adventures of Huckleberry Finn—or even suppressed. Once begun, censorship never ends and could be far easier when dealing with evanescent pixels instead of cold, hard type. This anxiety may seem slightly paranoid, and yet the Internet is already rife with misinformation. I once looked up a famous quotation from Walden online and found four different versions of the same sentence, only one of which matched my Princeton edition of Thoreau’s book.

This leads to my third major concern: The excessive privileging of the present. So powerful are the online forces of conformity and political correctness that it sometimes seems that knowledge of the past is being judged as irrelevant and every former age dismissed as unenlightened. For centuries, antiquity might have been over-reverenced; now earlier eras are condescendingly patronized, smugly disdained as racist, imperialist, classist, sexist, and generally reprehensible. Such presentism is intellectually impoverishing, as well as generally bad for one’s character, and should be resisted. The timeworn adage remains at least partly true: We are but pygmies standing on the shoulders of giants.

In my own case, I am grateful to have passed my life in what now looks to be print’s golden twilight. To me, books have long been things of beauty in themselves, as well as containers of knowledge and purveyors of adventure and romance. In those pre-Internet days you had to go out and actually find physical copies of a favorite writer’s works, whether in libraries or bookstores, in thrift shops or at yard sales. The hunt, sometimes extending over years, was part of the excitement. Even now, after a half a century, I continue to feel about books as I did when I was a 12-year-old boy riding a bicycle around Lorain, Ohio, stopping at Clarice’s Values, the Salvation Army store, and the St. Vincent de Paul charity shop, looking eagerly for something good to read.

Michael Dirda is a Pulitzer Prize-winning book columnist for the Washington Post and the author, most recently, of Browsings: A Year of Reading, Collecting, and Living with Books. 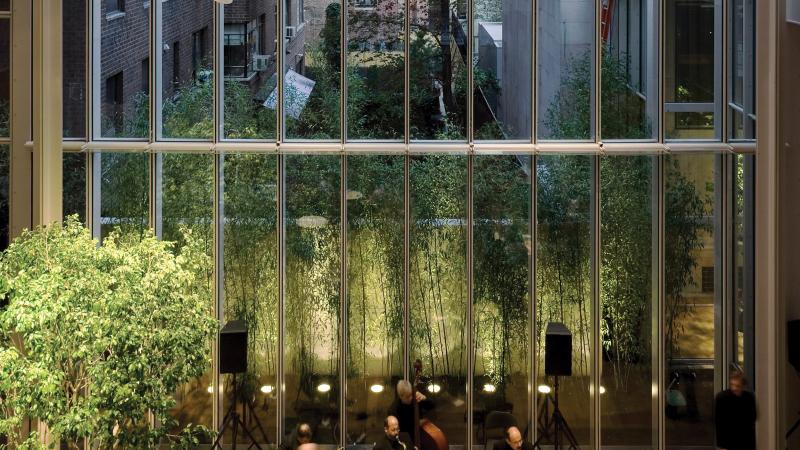