Out of all the entries in Nevada’s online encyclopedia, the one on cowboy artist and writer Will James seems the most logical and appropriate for a state exuding so much legend and lore of the American West. James was, after all, the epitome of the young nineteenth-century American male, leading an adventurous existence while drifting through exquisitely beautiful landscapes, making mistakes along the way, and eventually creating for himself a new life based on talent and ingenuity. Born in Montana in the 1890s, according to prison records, he was arrested in the early twentieth century and convicted for cattle rustling. While still in jail, he made a commitment to devote himself to drawing, and eventually went on to marry a young Nevadan and pen much-loved books on the life of cowboys, including his memoir, Lone Cowboy, and the Newbery Award-winner Smoky, the Cow Horse.

James’s life had been rather creative, though, long before he wound up in a Nevada prison cell. Online Nevada Encyclopedia—which also goes by the initials ONE—reveals what a lot of folks who grew up loving his books never knew: James wasn’t born in Montana as he told his jailers in Nevada and wrote in Lone Cowboy. In fact, he wasn’t a Westerner at all, or a U.S. citizen, or even a native English speaker. Will James was baptized Joseph-Ernest-Nephtali Dufault in a small town near Montreal, where his father was a merchant. The truth about the inventive francophone was revealed twenty years after his death by his biographer, Anthony Amaral.

James, according to ONE, left home at age fourteen and headed West, first to Saskatchewan, then Montana. He was indeed a cowboy and “was a popular and cheerful camp mate and a gifted story teller around the evening camp fires. . . . His cronies affectionately called him ‘Windy Bill’ for his talkativeness and ability to spin a yarn.” He learned to paint in the tradition of Charles Russell, capturing the “real cowboy.” He also illustrated the many books he later wrote during the twenties.

Quebecois filmmaker and writer Jacques Godbout made a documentary in the 1980s exploring the phenomenon of the Quebecois cowboy. Alias Will James follows latter-day Will Jameses as they make the rounds of Western rodeos and speak of their own experiences and of James and his legacy. A couple of cowboy artists express awe for James’s ability to draw—not necessarily a true depiction of a horse—but what it really feels like to ride a spirited mount. One poignant scene in Godbout’s documentary listens in on a group of five or six of James’s grown-up nephews sitting around a patio table recollecting their legendary uncle while passing around memorabilia—such as a pair of cowboy boots—from James’s life. One tidbit that comes from these interviews and reminiscences was that James mastered West Texas cowboy talk, a kind of “American joual,” as one Quebecois cowboy in the film calls it. The term “joual” refers to the nonstandard French spoken among the working class in Montreal and in many far-flung locales throughout Quebec. It’s particularly appropriate for the Quebecers in the film to make this linguistic connection. In the French-Canadian lingo, “joual” means horse. 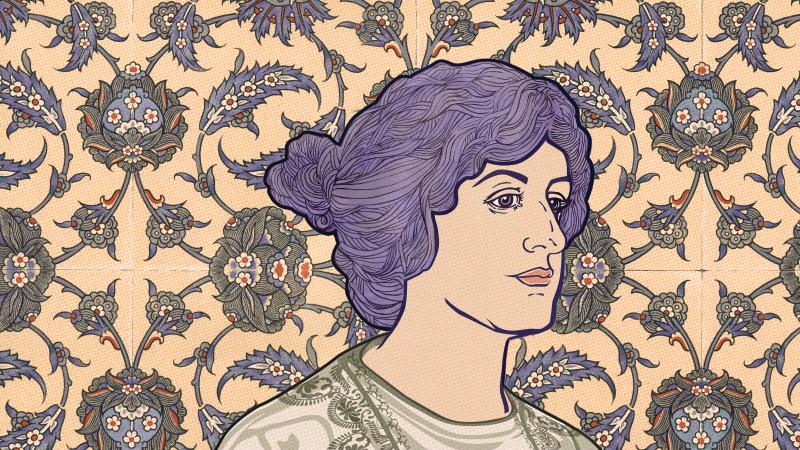 During World War I, Edith Wharton Visited the Desert and Harems of Morocco, Leading to an Unforgettable Book

Taking a break from the Great War, the intrepid writer finds inspiration in the Maghreb.

A play in Pennsylvania asks, "what is authentic?"