If texts such as Genesis and Exodus aren’t written in stone, after a manner of speaking, then just what is? Certainly not the Jubilees, an ancient text containing versions of those two books and thought by its authors to have authority as the words of Moses. The Jubilees text was written in Hebrew onto parchment in the 150s BCE, then translated into Greek and then Latin. The Latin version, translated and copied from the Hebrew by Christians in the fifth century, was erased in the eighth century and written over, rendering the faint text—a palimpsest—of Jubilees almost entirely illegible. A transcription was attempted in the nineteenth century, but, with a tool no more powerful than a magnifying glass, the work bore little fruit. Now, an NEH-funded project using two forms of technology never used together before is beginning to decipher the ghostlike writings of Jubilees by providing spectral imagery of the text.

Todd Hanneken, director of the Jubilees Palimpsest Project at St. Mary’s University in San Antonio, Texas, says the writings attributed to Moses are significant because they address certain contradictions, such as whether Adam or animals were created first. The Jubilees text “was influential far beyond those few who accepted it as authentic heavenly revelation to Moses,” says Hannekan. “It interprets biblical narrative and derives legal rulings therefrom. For Christians it helps fill the theological gap between the Old and New Testaments, and in some ways even casts light on the distinct identities of Judaism and Christianity as they later differentiated themselves. In some ways, Jubilees appears to argue with positions known best to us from the New Testament, two hundred years later.”

The discovery of the Dead Sea Scrolls in the mid twentieth century also sheds light on the significance of the Jubilees. “The Scrolls are important for understanding Jubilees in at least two ways,” says Hannekan. “First, the oldest copies of Jubilees were found in those caves, so we are confident of the antiquity of the original composition. Second, the sectarian communities we know about from the Dead Sea Scrolls treated Jubilees as scripture. Besides having many copies of it (more than most biblical books), they also interpreted it and based legal rulings on it. It shows that even though Jubilees is not in our ‘Bible,’ it was for some people.”

The technologies allowing scholars to read the Jubilees text are spectral imaging and reflectance transformation imaging. Using both together is an innovation. The NEH-funded integration takes advantage of the strengths of each technology and combines them into one interactive image. Spectral imaging can represent those color resolutions far beyond what the human eye can see, including ultraviolet and infrared. The monks who erased the Jubilees text from the parchment obliterated it to the naked eye, but the traces of the letters remain and are still legible when using this technology. Reflectance transformation imaging, on the other hand, captures both color and shape of an object. In this case—through mathematical enhancement—it helps detect the corrosion of ink on the parchment and thereby makes the erased letters visible again.

With the digitally preserved palimpsest now being made legible, scholars will be able to read the entire ancient text, establishing a fuller context for understanding the beliefs—both mainstream and heretical—that later affected what went into the Bible. “Jubilees has a lot to offer,” says Hanneken. “It was written at a crucial moment in Jewish history. On the one hand, it is exotic as a lost form of Judaism, full of teachings unfamiliar to most of Jewish history and biblical interpretation. On the other hand, it represents an early version, a first draft, of ideas essential to Judaism and Christianity. It was influential far beyond those few who accepted it as authentic heavenly revelation to Moses.” 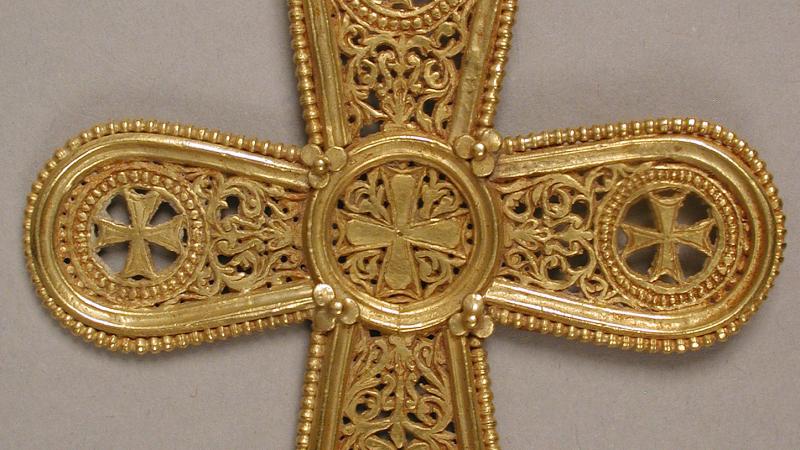 On the first thousand, tumultuous years of Christianity.