“Low Naiad Centre,” made in April 1885 by artisans at Wedgwood, exemplified the Pre-Raphaelite tastes for serious subjects treated with maximum realism and John Ruskin’s urging of artists to “go to nature” for inspiration and subjects.

The decorative arts owe a debt to municipal efforts for better sanitation. In England in the mid nineteenth century, when cholera was widespread, reform-minded authorities in London read and believed the findings of the 1842 Report on the Sanitary Condition of the Labouring Population. Safe treatment of sewage, the report asserted, would help eliminate cholera. As a result, a new ceramics industry was spawned to ensure a durable underground sewer system. Numerous ceramics and pottery manufactories in London engaged in heady competition to supply ceramic pipes to the city. In time, many buildings in London would be decorated with a dazzling ceramic that had a specialized glazing—majolica tiling, selected in part, for its sanitary value.

The heart of the ceramics industry in England, though, was not London, and it got its start in the mid eighteenth century. A potter named Josiah Wedgwood from Staffordshire had gone into business in 1759 in Burslem on the River Trent. The highly collectible Wedgwood ceramics we know today as English majolica came along, thanks to Josiah’s descendants, in the 1860s, just when architects began clamoring for decorative faience and the push was on for greater sanitation. The fortuitous synchronicity was an unexpected boost for Wedgwood.

With an NEH grant to rehouse its ceramics collection, the Birmingham Museum of Art in Alabama is responding to a fortuitous synchronicity of its own. Its treasure trove of over nine thousand pieces of ceramic art is the result of two private collections with little overlap. Highlights of the museum’s Wedgwood collection—the largest in the world outside England—include a figure of Somnus, god of sleep, made in about 1774. The clay body used in Somnus was a black basalt that was among Wedgwood’s innovations, another was a jasper, stained by metal oxides, in blue, green, lilac, and yellow. Wedgwood regarded his jasper stoneware as his finest contribution to decorative arts. 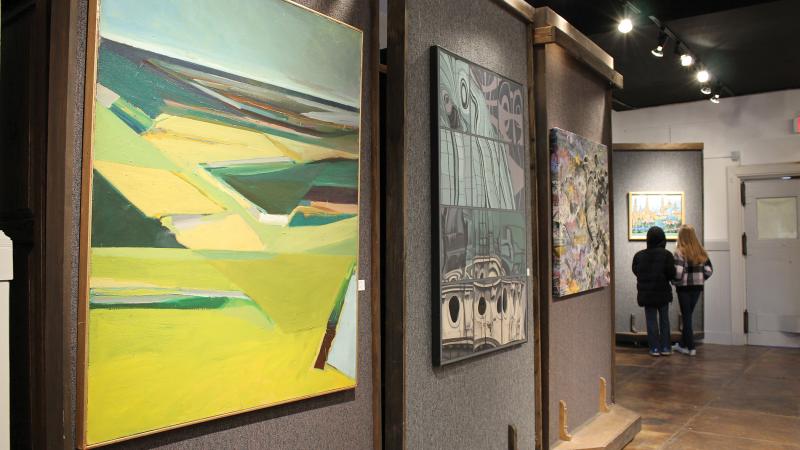 A traveling exhibition showcases the diversity of Georgia.