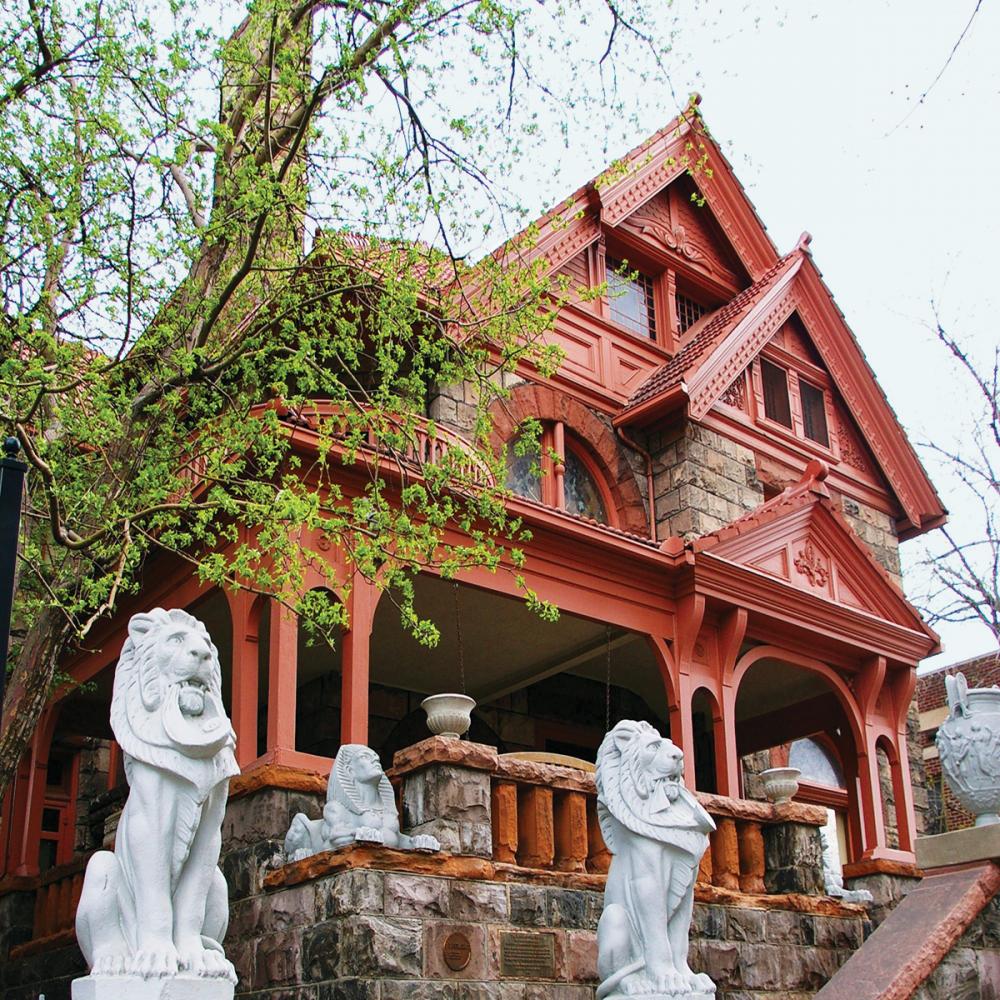 Built in 1889 for a couple who had made and later lost their fortune in silver mining, the Browns took up residence in the Denver home in 1894.

Margaret Tobin (better known as Molly Brown), originally from Hannibal, Missouri, was a nineteen-year-old store clerk living in Leadville, Colorado, and witnessing firsthand the hardships endured by families in the mining communities when she met and married J. J. Brown. A mining engineer, Brown discovered gold, and the couple became millionaires overnight. The two then moved to Denver, where they dwelled for a time in the city’s Capitol Hill neighborhood, entertaining and living the high life in a Victorian-era mansion that boldly and unapologetically combined Classic Queen Anne, Richardsonian Romanesque, and neoclassical architectural styles. Completed in 1889, the confection, designed by noted architect William Lang, was rugged on the outside and creature-comfort cozy within. Lang used rhyolite stone on the exterior but tempered that roughness with smooth red sandstone, stained-glass windows, and wood panels. The lavish exterior suggested the state-of-the-art conveniences to be found in the interior—electricity, indoor plumbing, steam heat, and telephone lines. The Browns purchased the house just after the Silver Crash in 1894.

The nouveau riche couple traveled the world, and one year their unoccupied home served as the governor’s mansion. During the Browns’ globe-trotting, Molly contributed articles to the Denver Post on her observations of the caste system in India. The Browns separated in 1909, but Molly kept the house and forged on with a life full of adventure and activism. Earlier, she had gotten involved in relief for the poor in the Denver slums resulting from the Silver Crash. And as is widely known from the musical made of her life, Molly was aboard the Titanic in 1912. Not only did she survive the tragedy, she dived into a fundraising effort among the first-class passengers on the Carpathia, the ship that rescued her and twenty-three others from lifeboat no. 6. By the time the ship docked in New York, Brown had raised more than $10,000 for her fellow survivors, whom, she realized, had lost nearly everything when the Titanic sank. Later, back in Colorado, Brown reinserted herself into the issues of the day, mediating in the bloody Ludlow strike of 1914. Her progressive passions kept running full steam till her death in 1932.

In the 1960s, the Browns’ lively former digs were at risk of succumbing to urban renewal efforts, but Historic Denver stepped in and purchased and restored the mansion. Today NEH-funded tours lead groups through the eclectic structure, retelling Brown’s inspiring life of unsinkable social activism.