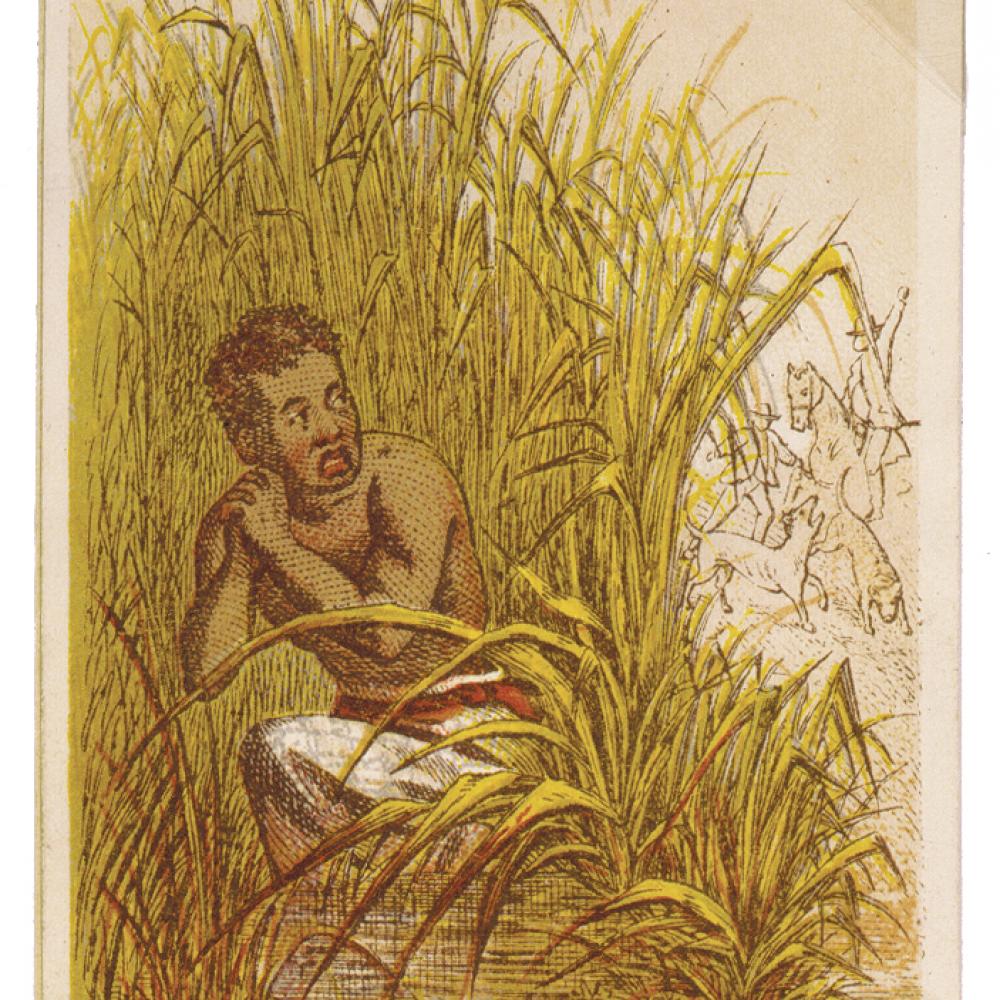 The Underground Railroad also ran south—not back toward slave-owning states but away from them to Mexico, which began to restrict slavery in the 1820s and finally abolished it in 1829, some thirty-four years before Abraham Lincoln’s Emancipation Proclamation.

This may be history, but it comes as news to many attending the exhibition “Pathways to Freedom” at Detroit’s Charles H. Wright Museum of African History, on view through March 31. “Most people are surprised,” says Patrina Chatman, the museum’s curator of exhibitions. While there is abundant documentation, not to mention folklore, pertaining to the network of guides and sanctuaries that helped enslaved people escape to freedom in northern states and Canada, the record is less abundant concerning the Underground Railroad that led to Mexico.

“Those stories were not told,” says Patricia Ann Talley, “because those stories ended up in Spanish.” But even in Mexico the stories aren’t widely known, continues Talley, a Detroit native and African American who lives in Mexico and who initiated the “Pathways to Freedom” exhibition with Candelaria Donaji Mendez Tello, an Afro-Mexican. The two met at a peace festival in Mexico in 2010 and became friends. Until then, says Talley, “I never thought about Afro-Mexicans.” The exhibition, funded in part by the Michigan Humanities Council, emphasizes the shared experiences and history of black Americans and black Mexicans. “I did not realize,” Talley says, “how abundant the African race is in Mexico,” but she soon learned that even more Africans were brought as slaves to colonial Mexico than were brought to colonial America.

With slavery came the desire for freedom, and that’s where the narrative of “Pathways to Freedom” turns, adjusting its lens toward Mexico. “When I hear the term ‘Underground Railroad’ applied, I don’t complain,” says historian Sean M. Kelley, “but it wasn’t anywhere near as well organized” as the better-known operation that led to Canada. Kelley, associate professor of history at Hartwick College in Oneonta, New York, has written about slavery along the Texas-Mexico border.

Escape routes to Mexico “were known among slaves in Texas,” Kelley says, and so was the political reality that “there’s this other republic and they’ve gotten rid of slavery.” Mexico won independence from Spain in 1821 after a lengthy rebellion and began passing measures against slavery, finally outlawing it in 1829 by decree of then-president Vicente Guerrero, who may himself have been of African ancestry.

Although Mexico outlawed slavery, Texas, then a colony of Mexico, held onto its slaves. In fact, slavery was one of the causes of the revolution that led to Texas’s independence in 1836. Texas was admitted to the United States in 1845 as a slave state and the number of slaves there increased exponentially.

Most of the slaves who escaped to Mexico came from Texas, and to a lesser extent Louisiana, Kelley notes, just as a preponderance of those who escaped northward came from places neighboring northern states. The journey to freedom in Mexico, even from Texas, was “long and difficult and dangerous,” Kelley says. Just as there are no firm figures about how many enslaved people escaped to Canada—estimates range from 30,000 to 100,000—no reliable figures exist concerning how many escaped to Mexico. A Texas Ranger in the nineteenth century put the number at four thousand but “quantifying this is never going to happen,” Kelley says.

The Underground Railroad that led to Mexico had no known analogue to Harriet Tubman, a former slave, who in a dozen journeys led some seventy people to freedom, but Texas had its own liberators. “There was complicity on the part of Tejanos [Hispanic Texans] and some of the Germans” who had settled in Texas, Kelley says.

And whether in Spanish or English, the Southwest’s version of the Underground Railroad produced at least one unforgettable tale: the story of the man who floated to freedom across the Rio Grande on a bale of cotton. Kelley questions it (“I don’t even know if cotton floats”) but finds the account “significant beyond” any authentication. “The story exists, it means something,” he says, that a man could sail to freedom on the very commodity that engendered his enslavement.