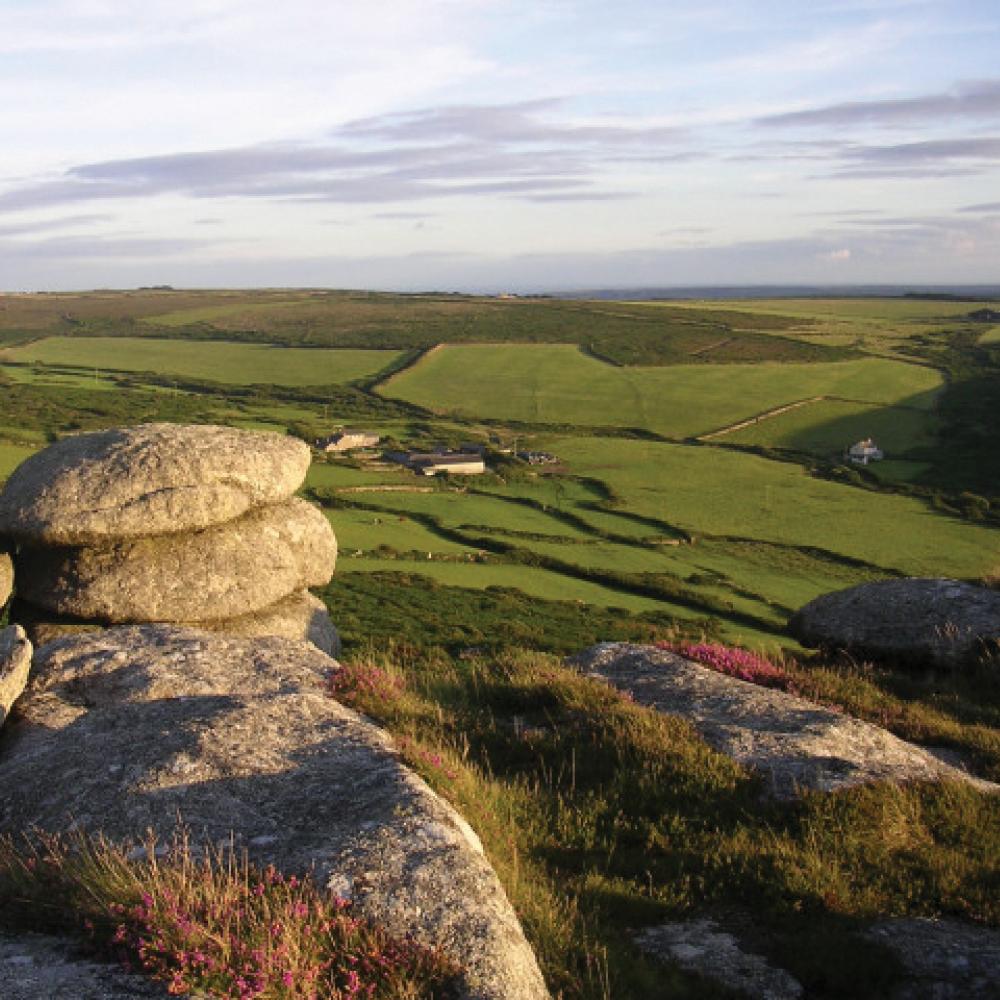 A view from Zennon Hill in Cornwall sweeps over a landscape that may be similar to the one D. H. Lawrence described by letter to Amy Lowell.

Amy Lowell and D. H. Lawrence were unlikely yet dedicated pen pals for about ten years, the last letter from Lawrence to Lowell written just five weeks before her death. What exactly did Lowell, the seemingly staid imagist poet, born and bred in Boston high society, and the unabashedly frank Lawrence, of working-class stock and author of Lady Chatterley’s Lover, have to write to each other about? For his part, Lawrence said there existed a “congenital understanding” between them, and Lowell, who had met Lawrence only once, in London, was captivated with Lawrence’s evocative descriptions of landscapes. Lawrence’s biographer Jeffrey Meyers, however, sees their relationship as mutually exploitative: Lowell had the financial wherewithal to assist the struggling author, and Lawrence consented to contribute poems to Lowell’s imagist anthologies, thereby lending his name and greater literary cachet to the fledgling movement.

But as Carl Rollyson writes about Lowell in his NEH-funded study, Amy Lowell Among Her Contemporaries, “at the beginning, she sent him no checks but rather tried to extract royalties on Lawrence’s behalf from his American publishers. . . . Lowell was not dispensing charity from on high. She was helping a fellow poet and even doing his grunt work.” Lawrence was a poet, of course, but, in most readers’ minds, principally a novelist, and he was no imagist. But “Lawrence seems to have divined,” Rollyson writes, that Lowell needed “to help him as a way of salving her own sense of isolation and desperation.” Lawrence’s letters to Lowell, in turn, gave her something of himself, which according to Rollyson, meant “placing her beside himself in the landscapes and setting of his sojourns.” He once wrote to her from his Cornwall cottage a passage that contrasted sharply with the confines of her garden and Brookline dwelling, pleasing her greatly: “There are sea-pinks, like little throngs of pink bees hovering on the edge of the land, over a sea that is blue and hard like a jewel. There are myriad primroses spread out so large and cool and riskily, under the shadows, and bluebells trailing under the great granite boulders, and fox-gloves rearing up to look. It is a rather wild, rocky country, of magpies, and hawks, and foxes. I love it.”

Lawrence never visited Lowell when he and his wife, Frieda, came to America. The correspondence containing their exchanges of poems seemsto have sufficed. “Lowell believed,” maintains Rollyson, that “Lawrence was looking for an unruly, elemental world that her poems, if not her way of living, enacted. He surely had had enough of clipped and shaven worlds, the stultifying neatness of his native England. Better to carry on a correspondence outside the borders of her ordered world than to hazard his exposure to her daily regime.” 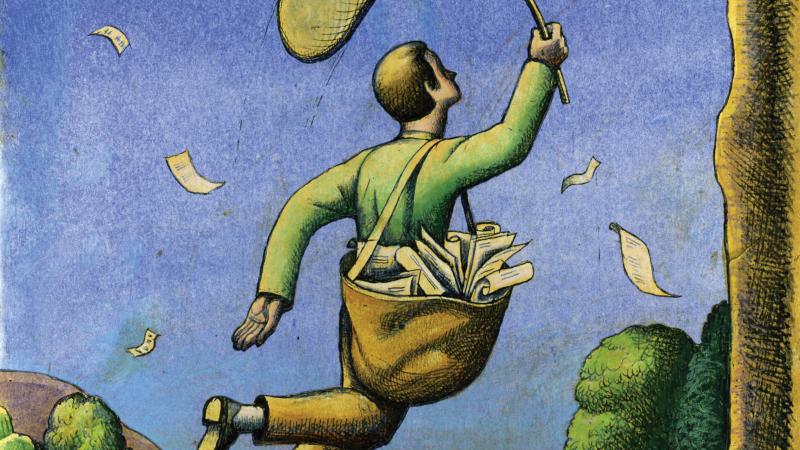 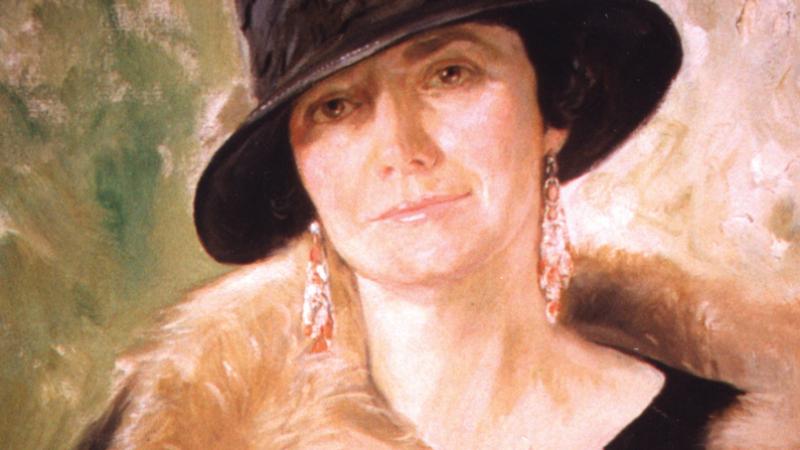