The Evolution of Ole Miss

Fifty years ago, James Meredith integrated the University of Mississippi. 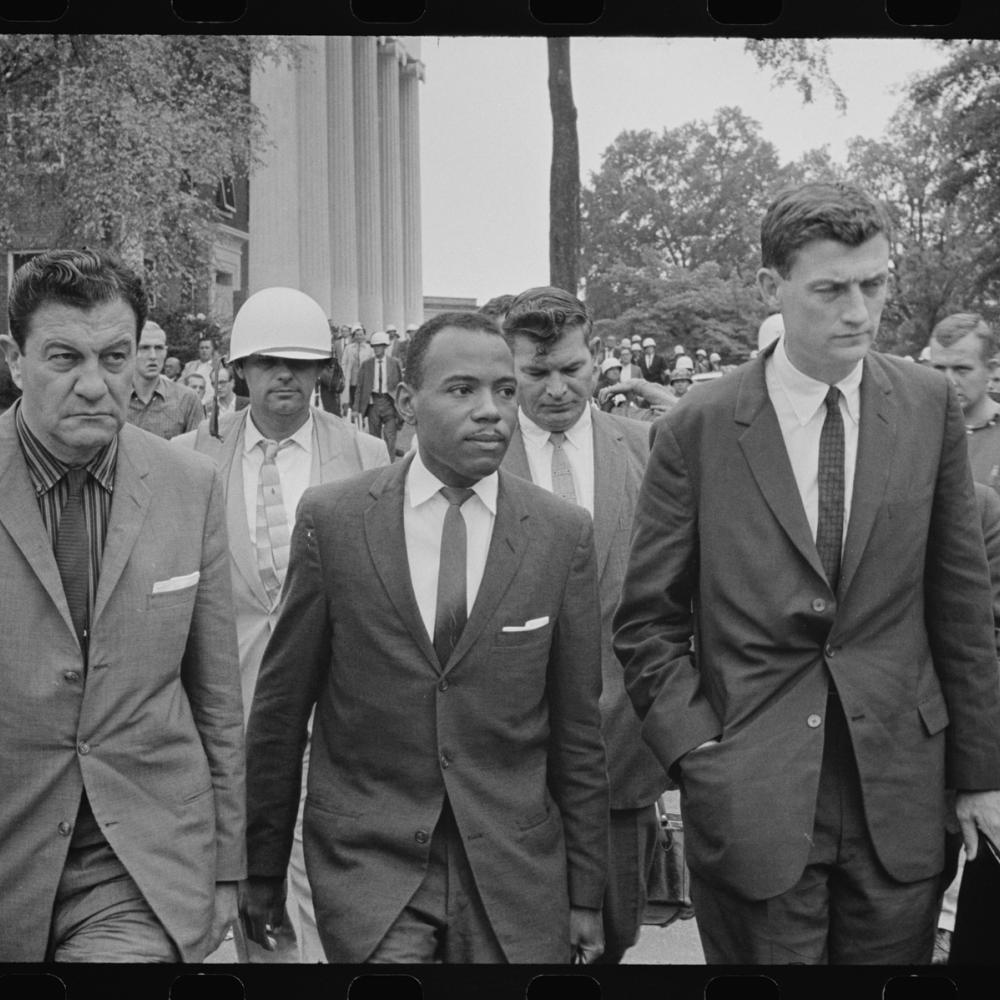 “The last time I was at Ole Miss was in 1962 and I will tell you I was more afraid at Ole Miss than I had been  in Vietnam,” Bob Schieffer  once said.

As a young reporter, Schieffer covered the matriculation of James Meredith, the first black student admitted to the University of Mississippi, where Confederate flags jubilantly filled the bleachers at football games, and the school’s mascot was “Colonel Rebel.” Meredith’s entrance culminated in an armed confrontation and two deaths, inaugurating a cultural shift at the university and throughout the state over the next fifty years.

A new, half-hour documentary produced by Mississippi Public Broadcasting and supported by a grant from the Mississippi Humanities Council recounts the hysteria surrounding Meredith’s admittance to the university. Integrating Ole Miss: James Meredith and Beyond premiered on September 30, the fiftieth anniversary of Meredith’s registration. But the journey to get into Ole Miss began a year and half earlier.

Meredith was a twenty-seven-year-old veteran of the Air Force when he applied to the university; the U.S. Armed Forces had been integrated since 1948. On his application he wrote, “I am not a white applicant. I am an American Mississippi Negro Citizen.” He was rejected on the typical, false claim of overcrowding, and eventually, with the help of the NAACP, he took his case to the U.S. Supreme Court and won.

With two federal officials by his side, Meredith walked onto the Ole Miss campus on September 20, but was blocked by Governor Ross Barnett himself. A few days earlier, Barnett had taken to the airwaves to drum up resistance: “I speak to you now in the moment of the greatest crisis since the War Between the States. We must either submit to the unlawful dictates of the federal government or stand up like men  and tell them, and say to them plainly, ‘Never.’”

Barnett fired up his segregationist base, handing out mini Confederate flags and speaking before the football game in Jackson.  But minutes before he entered the stadium, he was playing coy on the telephone with the Kennedys—the president and his brother, the attorney general—claiming people were getting out of control and he couldn’t diffuse the situation. “You get a whole new appreciation of the Kennedys and their patience and dealing with Governor Barnett,” says filmmaker David Rae Morris.

Morris, son of Celia and Willie Morris, spent many years in and around Oxford visiting his famous father, a native Mississippian who taught at the university in the 1980s. Morris’s connection to the place and to the people comes through in very personal interviews with those who were there, such as Curtis Wilkie, who was a journalism student on campus in 1962.

The day after the football game, “we came back to find that the Lyceum was encircled by several hundred U.S. Marshals in battle gear. All hell broke loose that night,” recalls Wilkie. Meredith had been secreted into a dorm on campus in order to register the next day at the Lyceum. Crowds gathered and the scene deteriorated. Eventually, the marshals fired tear gas and sent students scattering. Wilkie ducked into a nearby women’s dorm, where everyone was glued to the television, watching President Kennedy speak about the events on their doorstep.  “Americans are free, in short, to disagree with the law but not to disobey it. . . . The eyes of the nation and of all the world are upon you and upon all of us, and the honor of your university and state are in the balance.”

Not everyone heeded those words. The highway patrol that was protecting the perimeter of the university abandoned their posts under an anonymous order. Wilkie remembers, “At this time, the campus is suddenly being flooded by all these rednecks and people who had probably never been on a college campus before, coming in with their guns and their baseball bats and for all I know their pitchforks and are going to help preserve the sanctity of Ole Miss.” Rioting continued late into the night and left two people dead and many injured. A marshal told journalist Bill Minor, “This was not a riot. It was an armed insurrection.” The next morning, Meredith registered for classes as planned, and graduated in 1963.

But the Confederate flag continued to wave at football games into the 1990s, well after the athletic teams were integrated and blacks were a significant part of the student body.  “I grew up loving the Confederate flag,” admits former university chancellor Robert Khayat. “I thought about it as a beautiful red and blue banner that would look great at football games and so forth. . . . By the time I became chancellor I was well aware of the fact that the symbol of that flag being associated with this university was damaging to the university.” Instead of banning the flag outright at football games, the university banned the little sticks to which all those little Confederate flags were attached. And, eventually, those beloved flags lost their purpose.