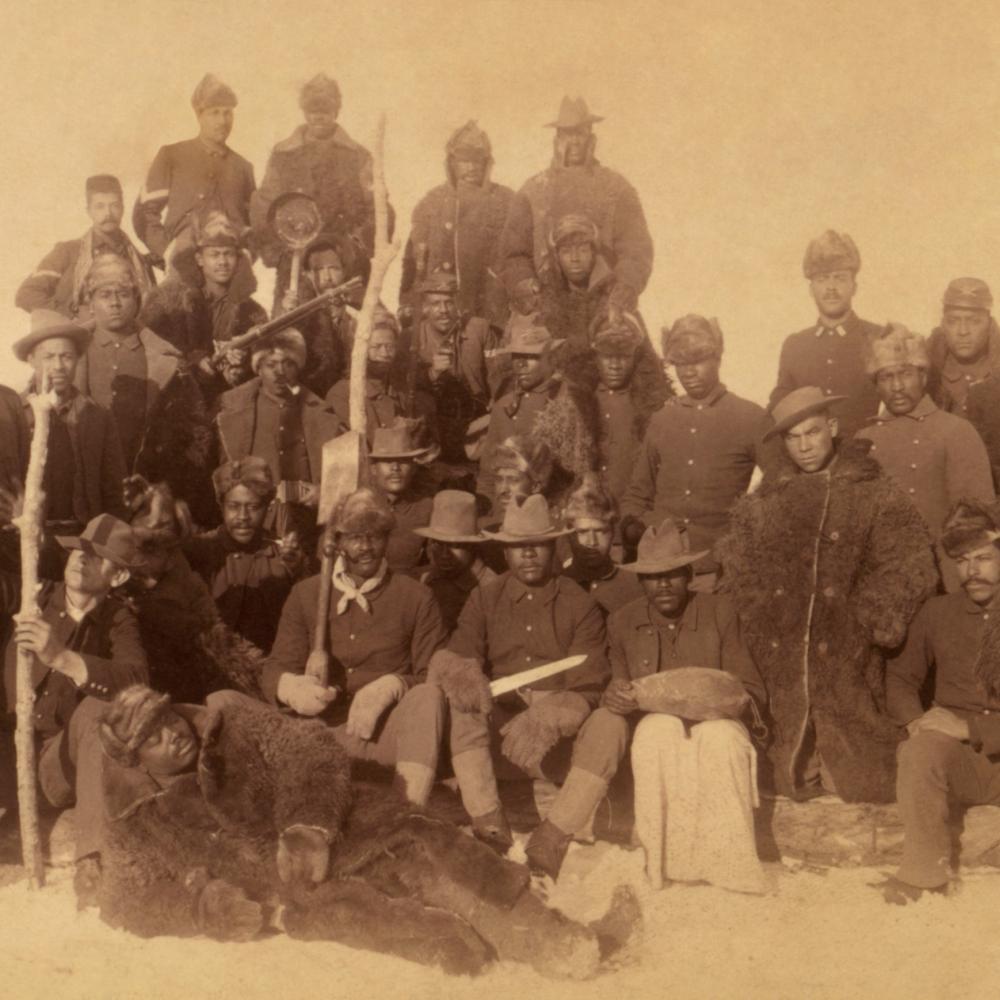 There is no gravestone marking the final resting place of Cathay Williams. Nor is there one for her alter ego, Private William Cathey, who served with the 38th Infantry on the western frontier from 1866 to 1868. But for a smattering of newspaper accounts and some census and military records, the story of the only woman documented to have been a buffalo soldier—the name given by the Plains Indians to African-American troops—might have disappeared.

It’s known that Cathay Williams was born into slavery in Independence, Missouri, that she was the daughter of an enslaved woman and a free man, and that she served in the military, says Diane Williams, who presents Cathay Williams’s life for the Mississippi Humanities Council’s speakers bureau. She was often sick, according to her military records, and, by Cathay’s own accounting, her fellow soldiers gave her a hard time when it was revealed she was a woman.

Cathay joined with a cousin and someone she called “a particular friend,” probably a boyfriend, says Williams. Neither ever betrayed Cathay or revealed her identity.

But the simplest facts—the correct spelling of her name, her birth date, and the circumstances of her death—may never have been recorded, and no one knows how she managed to fool the army surgeons and her comrades for so long. In telling Cathay’s tale, says Williams, “I’m relying on limited materials,” and “there are discrepancies throughout.”

As a storyteller, Williams highlights people who have worked hard against the odds. In Cathay’s case, she focuses on the soldier’s likely fortitude.

Once freed by Union forces, Cathay became contraband, commandeered by Colonel William Plummer Benton for the 8th Indiana Volunteer Infantry. Like countless freed slaves wholabored for the Union during the war, she went where she was sent. Her duties as a laundress took her as far afield as the Battle of Pea Ridge in Arkansas and Virginia’s Shenandoah Valley, where the 8th participated in General Philip Sheridan’s campaign to make the land a “barren waste,” per General Grant’s orders.

She probably joined the army after the war because “it was simply a better life” than she otherwise might have had, says Williams, and it was a familiar one. Enlisting as a buffalo soldier to protect settlers, garrison forts, and fight in the Indian Wars also meant becoming part of something larger—the westward expansion across the Great Plains and Southwest.

Cathay’s unit was one of six African-American regiments—four infantry, two cavalry—of Regulars authorized for frontier defense in July 1866. The following November, Cathay signed on in St. Louis. Her enlistment papers record her age as twenty-two, and say, “This soldier has black eyes, black hair, black complexion, is 5 feet 9 inches high.”

Back then, there were no physicals, and the doctors “only looked for superficial impairments, and, outside of that, you were fit for duty,” says Williams, adding that “she would have been discovered if she were my height,” which is five feet two.

Soon after enlisting, Cathay contracted smallpox. After she recovered, she followed her regiment to Fort Riley, Kansas, by train. Onward they went to Fort Harker, where they were dogged by cholera. Long marches to Forts Union, Cummings, and Bayard in New Mexico came next, according to historian Phillip Thomas Tucker, who estimates that Cathay covered one thousand miles on foot in her two years in the 38th. Although Cathay moved through hostile territory, there’s no evidence that she ever fought, says Williams.

Cathay’s charade came to an end in October 1868 when “finally I got tired and wanted to get off. I played sick. . . . The post surgeon found out I was a woman,” she told an enterprising reporter, whose interview with her appeared in 1876 in the St. Louis Daily Times. She was discharged under a certificate of disability.

After leaving the military, Cathay moved around New Mexico and Colorado. In 1891, she sought an invalid pension from the federal government—she had spent a year and a half hospitalized in Trinidad, Colorado, and was missing her toes. The Pension Board denied her claim, saying there was no disability, despite discharge papers that described constant illness and “feeble habit.” Why the Pension Board took this approach, given there were other ways they could have dismissed the claim, is unclear, but Williams thinks the military was simply embarrassed that a woman had gotten through enlistment.

When Williams tells the story of Cathay’s life—the details of which start to peter out around the time of the pension claim—the audience’s questions depend on their personal experiences. Veterans in a community college history class wondered about her duties and why she could not get her pension. Children want to know how she disguised herself and what her voice sounded like.

“Some people might have said she was a hero, but that wasn’t necessarily true,” says Williams, who sees a woman who only wanted to be a good soldier, one who proudly claimed to have “carried her musket.”