Texas views the life of Anne Frank through her father's photos. 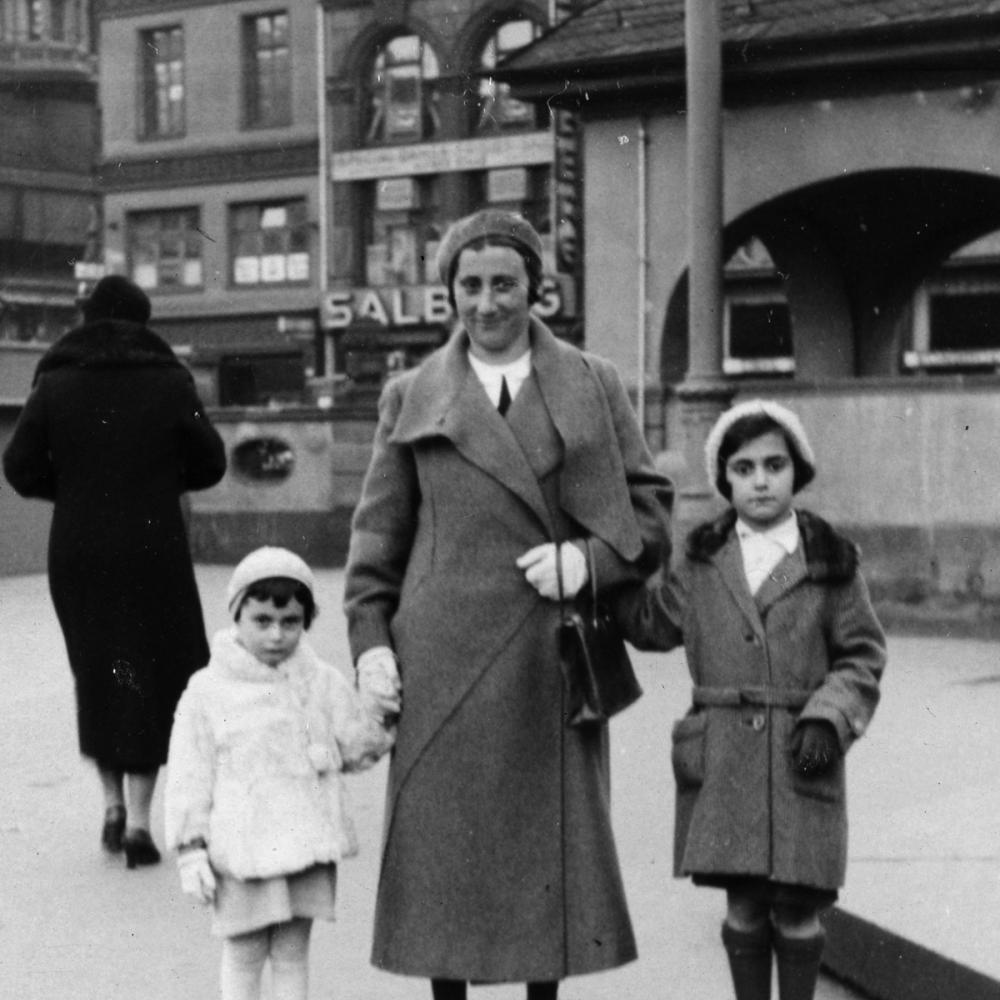 Edith Frank and her daughters, Anne and Margot, at the center of Frankfurt am Main on March 10, 1933. It is the last photograph Otto Frank takes before the family leaves Germany.

For her thirteenth birthday, a Jewish girl in Amsterdam named Anne Frank received a red plaid diary with a small lock. In it she wrote: “It’s an odd idea for someone like me to keep a diary; not only because I have never done so before, but because it seems to me that neither I—nor for that matter anyone else—will be interested in the musings of a thirteen-year-old schoolgirl. Still, what does that matter? I want to write, but more than that, I want to bring out all kinds of things that lie buried deep in my heart.”

A few weeks later, as the Nazis occupied Amsterdam, Anne, her family, and four others went into hiding. Anne wrote regularly for two years until the group was arrested in August 1944 and sent to concentration camps.

Miep Gies, a friend who brought food, clothing, books, and the awful news of war to those hiding in the secret annex above the Franks’ office, returned to the hiding place shortly after the arrest to find it ransacked by the Dutch police. In an interview in 1998, Gies—who died this past January at the age of one hundred—talked about returning to the attic with Bep Voskuijl, another helper, and spotting Anne’s diary and sheets of Anne’s writings scattered on the floor. “‘Pick them up!’ Bep stood there staring, frozen. I said, ‘Pick them up! Pick them up!’ We were afraid, but we did our best to collect all the papers.” Gies did not read Anne’s writings. Instead, she hid them and locked them away. Gies said, “It’s a good thing I didn’t, because if I had read them I would have had to burn them. Some of the information in them was dangerous.”

The story of Anne Frank, her diary, her family, their helpers, and the Holocaust are explored in “Anne Frank: A History for Today” on display at the Museum of the Gulf Coast in Port Arthur through May 31. The exhibit, developed by the Anne Frank House in Amsterdam, portrays Anne’s early life in Germany and her family’s relocation to Amsterdam when Anne was five years old. The story is told primarily through the photography of Otto Frank, who owned an early Leica camera and enjoyed photographing his family. “As a result we are very lucky to have a collection of pictures of the girls growing up in Germany and the Netherlands,” says Hilary Eddy Stipelman, program manager at the Anne Frank Center USA. Also included are images of economic depression in post-WWI Germany, the rise of the Nazi party, and the war’s aftermath.

Upon learning of Anne’s death, Gies gave the writings to Anne’s father, Otto, the only one of the eight hidden in the Franks’ annex to survive. Gies said, “I didn’t hand over Anne’s writings immediately on his arrival, as I still hoped, even though there was only a slight chance, that Anne would come back. . . . When we heard in July 1945 that Anne, like Margot [Anne’s sister], had died in Bergen-Belsen, I gave what pieces of Anne’s writing I had back to Mr. Frank. I gave him everything I had stored in the desk drawer in my office.”

Moved by Anne’s repeated wish to have become an author, Otto decided to have Anne’s diary published. “Otto had a very difficult time finding a publisher,” says Stipelman. “For the most part, people were not interested in hearing about the plight of the Jews during World War II. People wanted to rebuild and to move on.” Eventually, the first edition was published in Amsterdam in 1947 in an abridged form, entitled Het Achterhuis or The Secret Annex. The first American edition was published in 1952 under the title Anne Frank: The Diary of a Young Girl.

Sixty-five years after the Holocaust, the “musings of a thirteen-year-old schoolgirl” continue to resonate. The Diary of Anne Frank has been translated into more than sixty languages and is one of the most read books in the world. Stipelman says the Frank story remains relevant today because of “the recurrent nature of prejudice, discrimination, violence, and genocide.”

Anne herself wrote about the importance of keeping the past alive in a diary entry from July 8, 1942, as she was hurriedly packing her satchel to leave home and go into hiding: “The first thing I stuck in was this diary, and then curlers, handkerchiefs, schoolbooks, a comb and some old letters. Preoccupied by the thought of going into hiding, I stuck the craziest things in the bag, but I’m not sorry. Memories mean more to me than dresses.”