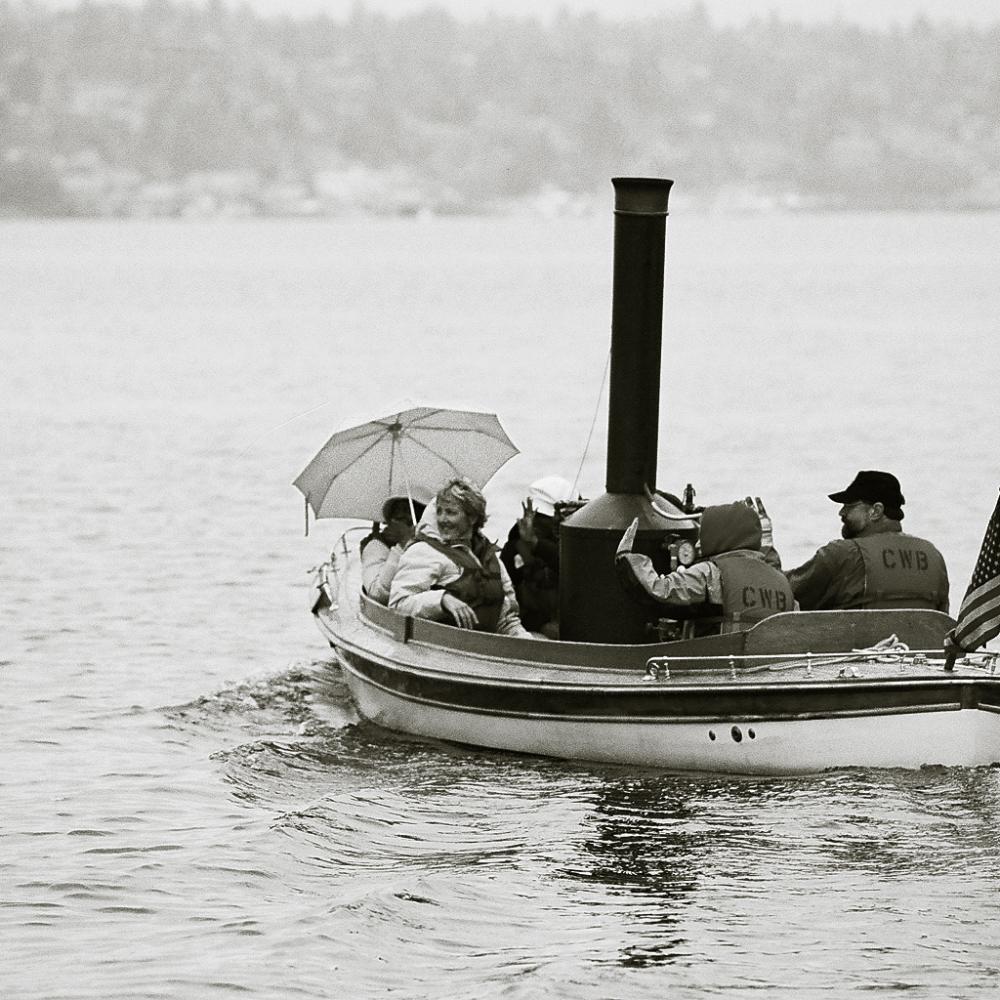 The Center for Wooden Boats

This diminutive steamer, christened the SL Puffin, began life in 1906 as a 5-horsepower gasoline-powered launch. Advertised as “the most popular outfit for family service,” the boat had “ample speed,” could seat twelve passengers, and was “easily handled” by a single person. In 1975, the then-owner of the Puffin refurbished the boat and replaced its gas engine with a modern 10-horsepower steam engine, which, although slightly more powerful than those most steam launches carried in the early years of the twentieth century, captures something of the fleeting era when gas-, steam-, and sail-powered vessels shared the nation’s lakes and waterways. Today, the Center for Wooden Boats, which has used an NEH grant to assess its conservation methods, puts the Puffin to work, giving historic tours of Seattle’s Lake Union.