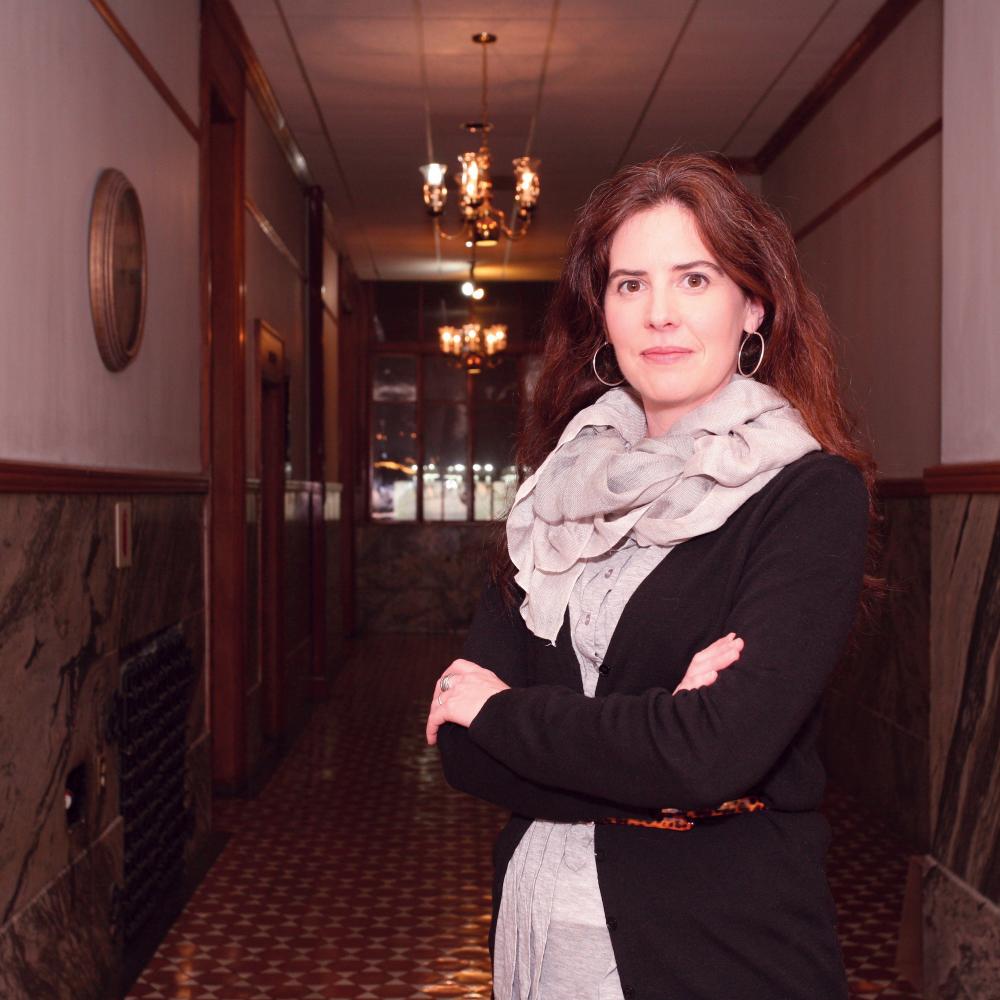 Of all the duties Julie Mulvihill carries out as executive director of the Kansas Humanities Council, her greatest joy comes from the trips she makes to small towns across her state

“There’s that Robert Frost poem titled ‘Happiness Makes Up in Height for What It Lacks in Length,’” Mulvihill says. “I see my journeys around Kansas as these little spikes in happiness.”

Last year the council sponsored 597 events in 112 communities. Mulvihill and her staff attend as many as they can, and she has a standing order for her staff: Anytime a local host offers a tour, “Always, always say yes.” Tours lead to stories. And stories—long the source of Mulvihill’s interest in the humanities—lead to understanding.

“Walk down the sidewalk or drive the streets with people, and you’ll see the town, past, present, and future,” she advises. “It’s the number one way to learn about Kansas.”

Another standing order: Have fun. Look for lively ways to engage Kansans in the humanities.

“Citizen engagement in scholarship can happen in many ways: Instead of serving people broccoli,” she says, flashing a playful grin, “maybe occasionally we should give them sweet corn.”

The power of stories to engage, inspire, and enlighten is a central focus as Mulvihill guides the council. She notes how her lifelong love of history was first fired by family stories. Her great-grandfather emigrated from Ireland and settled in Kansas in 1869, only eight years after statehood. “His obituary in 1919 described him as a pioneer. I wonder: Did he consider himself a Kansan? Did he still think of himself as Irish? What lured him to this particular place? Land? Wealth? Love? Those questions fascinate me.”

Mulvihill was program director for six years before becoming executive director in 2007, succeeding Marion Cott, who led KHC through its first thirty-four years. Mulvihill brought the national oral history project StoryCorps to six communities; the citizen interviews aired on Kansas Public Radio and accompanied a traveling exhibition highlighting the Kansans Tell Their Stories (KTTS) initiative. The council funded more than fifty KTTS projects, many of which researched immigrant history and considered what it means to be a Kansan, over time and across generations. In 2008, the council expanded the effort to fund documentary films focusing on community history. Subjects included Topeka’s first all-woman Mariachi band, how Baldwin City got electricity, and geography’s influence on the western towns of Lucas and Wilson. Kansas 150, the commemoration of statehood, will be the subject of many projects in 2011.

“What we’re looking for are those stories unique to one community,” Mulvihill says. “Tell us that human story. Our community histories make up the narrative of our state, just as every state’s narrative makes up the history of our nation.”

Mulvihill lives on the family farm, which borders the Kansas River near Williamstown, a rural community between Lawrence and Topeka. Walking her pasture, she sees a landscape largely unchanged since settlement, but her discoveries of Wichita Indian tools and prehistoric fossil beds suggest deeper layers, older narratives. That strong connection to one small place provides insights into the needs of a state in which 75 percent of cities have populations below one thousand people.

“It’s great to be firmly rooted. But if you stay too rooted too long you stop looking outward. You’re seeing only half the picture. To look up, to imagine what comes next—that’s also important.”
In fact, all council initiatives pursue that goal: ensuring that works of scholarship, literature, film, and history aren’t simply passive entertainments, but departure points for conversations about Kansans’ past and present, and their potential.

“It’s incomplete unless we provide an opportunity for citizens to really talk,” Mulvihill says. “What we hope is that by engaging with their past through the humanities, they begin to imagine their future.”