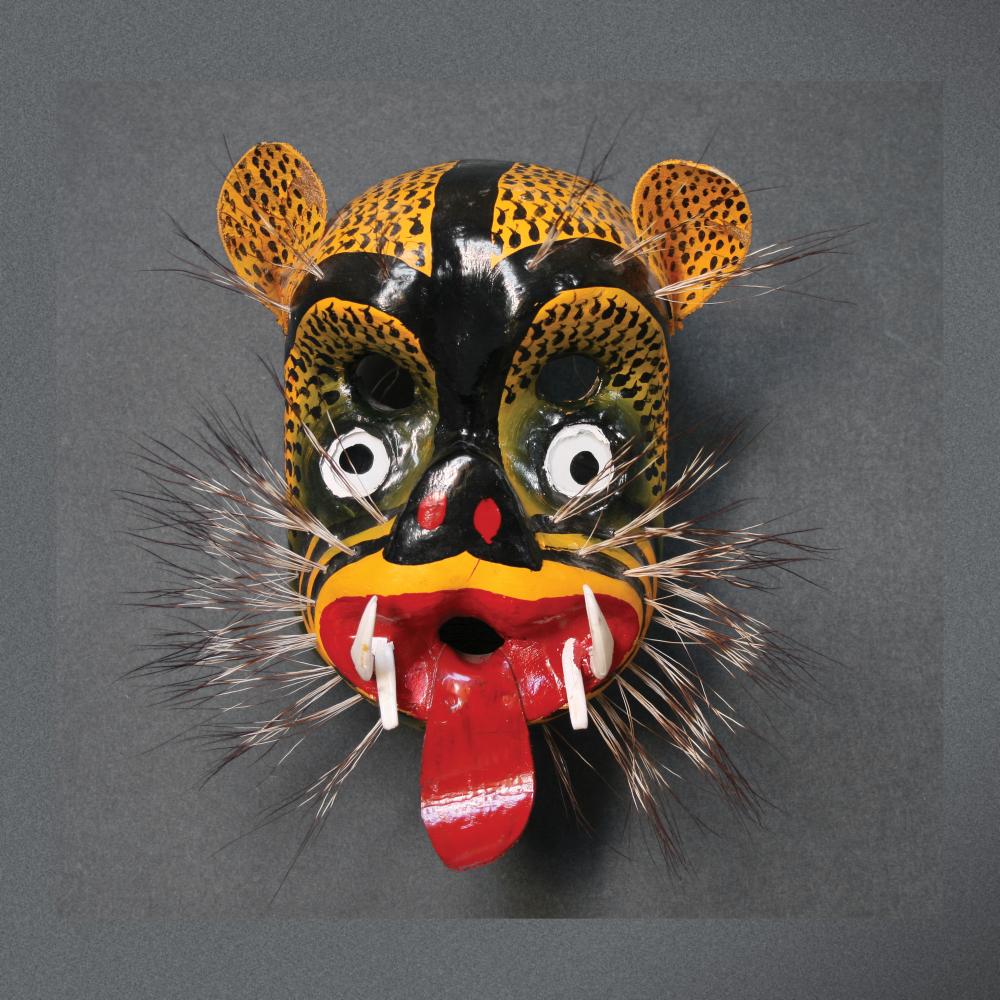 Cortez’s conquest of the Aztecs, the Seven Deadly Sins, and Mexican Independence are among the many themes of the masked dances of the Nahua Indians of central Mexico. This mask, however—a representation of the tecuani, a nahuatl word meaning “tiger,” or “jaguar,” that is, “one who eats people”—draws on a pre-Columbian dance tradition. It is part of a collection of over one hundred masks from the region held by the Mexic-Arte Museum in Austin, Texas, which last year was awarded an NEH grant to prepare to move its collections to a new facility.