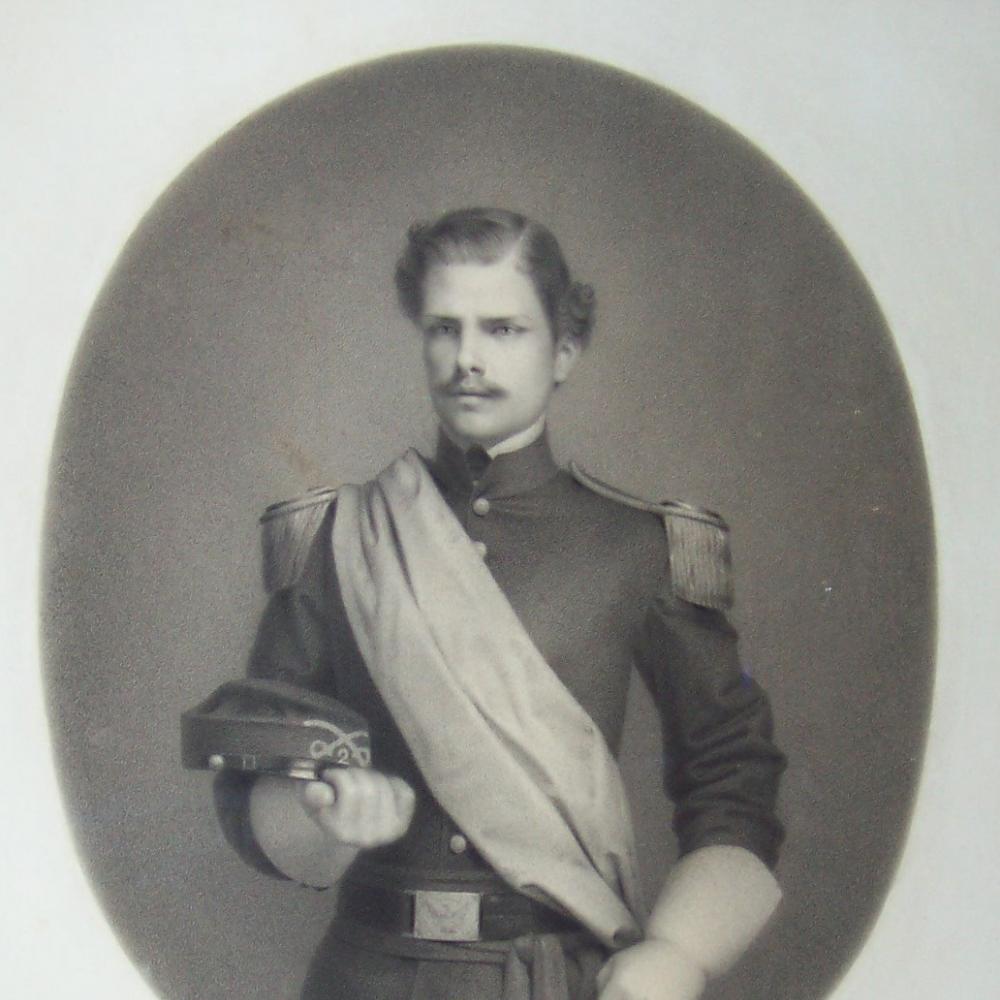 An exquisitely fine pencil drawing hanging in a bedroom at Tudor Place in Georgetown in the nation’s capital has a tragic tale to tell that is lacking in some basic details. During the Civil War, Confederate cousins in U.S. Army uniform rode into a Union fort in Tennessee claiming to be on assignment from Washington. The information they would have been able to gather would hardly have been the stuff of espionage. The instigator, and subject of the portrait, below, William Orton Williams, had courted one of Robert E. Lee’s daughters but was turned down eventually for his drinking and reckless behavior. To this day, historians are baffled by the actions of the cousins. Tudor Place received a grant from NEH to assess the artwork in the mansion for conservation.

“Their conduct was very singular indeed,” a Union commanding officer put it, remembering the arrival in a Union camp in 1863 of two soldiers, wearing Federal uniforms. The pair were later discovered to be Confederates and were executed within hours. The two, William Orton Williams, known as Orton, and Walter “Gip” Peter, were cousins and direct descendants of Martha Washington and relatives of Mrs. Robert E. Lee as well. The drumhead court-martial produced no evidence that they were indeed spies, and they both denied till their dying moment that they were. Orton had been in the Union Army but later resigned and had served with distinction in the Confederate States Army at Shiloh. During childhood, he had been orphaned and grew up under the guardianship of George Washington Parke Custis at his Arlington mansion (now in Arlington National Cemetery) and at the family home, Tudor Place, in Georgetown. Robert E. Lee, Orton’s boyhood idol, was furious over the seeming injustice and wrote three years later, “My blood boils at the thought of the atrocious outrage, against every manly and Christian sentiment which the Great God alone is able to forgive.” Orton’s likeness, a “pointillist” pencil drawing, hangs in a bedroom at Tudor Place. The mansion, built in the early nineteenth century, had a commanding view of Georgetown, the Potomac River, and Arlington. Britannia, Orton’s aunt who lived at Tudor Place during much of the Civil War and ran it then as a boardinghouse, used to signal across the Potomac to relatives in Arlington before the outbreak of the war by waving petticoats from the second-floor bedroom window. A year after the cousins were hanged, the family was allowed to bring the bodies home to Georgetown, where they were interred in nearby Oak Hill Cemetery.