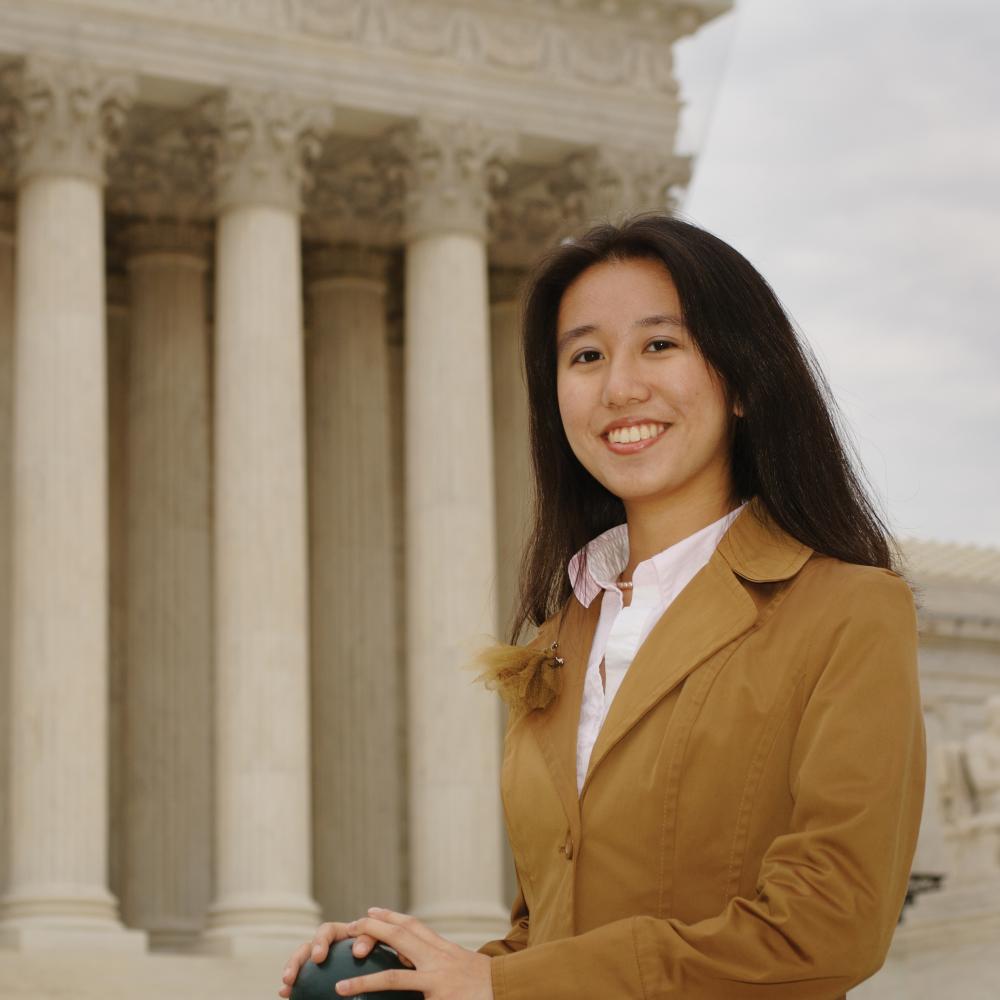 The Constitution survives today as a revered document, intact in its principles and most of its provisions. However, it was hotly contested among the first leaders of the United States. Amendments were promised during state conventions to appease Anti-Federalists, and in the summer of 1789, Congress finally agreed upon ten that would become known as the Bill of Rights. The nascent political factions clashed over the need for change as well as the proposed changes themselves. The First Amendment was born in this charged atmosphere from idealistic hope, but it was also tinged with politics and practicality.

Demand for the First Amendment began early. While the Constitution was being written and ratified, Anti-Federalists were already clamoring a Declaration of Rights of the people. Since the new government would be more powerful than its predecessor, they worried that the absence of a list of basic freedoms would grant the federal government tyrannical power (The Address and Reasons of Dissent of the Minority of the Convention of Pennsylvania to their Constituents). They observed that even a government of the people required a statement of rights to which the citizens could hold it responsible.

In contrast, Federalists opposed any change to the Constitution. They pointed out that the government had not existed long enough to know its flaws (Jackson, address to Congress, 8 June 1789), and contended that enumerated rights were unnecessary for a democratic republic. Hamilton noted that "bills of rights are in their origin, stipulations between kings and their subjects... they have no application to constitutions professedly founded upon the power of the people" (Hamilton, Federalist No. 84). Since the people had not explicitly granted the government any power to limit speech or religion, he argued, Anti-Federalists should not presume that those freedoms would be taken away.

Hamilton and his supporters not only believed enumeration to be unnecessary, they feared that it could restrict the freedom of the people. By limiting certain powers of the state, a Bill of Rights could be interpreted to grant all others (Hamilton, Federalist No. 84). Though Madison assured Congress that "the enumeration in the Constitution of certain rights, shall not be construed to deny or disparage others retained by the people" (Amendment IX), many of his colleagues still felt that exclusion would be implied by mentioning a few rights and ignoring various others.

However, there was little fundamental disagreement over the specific liberties outlined by the First Amendment. The freedoms of speech, press, and religion were widely considered among the "choicest privileges of the people" (Madison, address to Congress, 8 June 1789). Federalists conceded that if it was necessary to assure dissidents that they would not be silenced, these principles were hardly controversial. Instead, debate over the First Amendment centered on the extent of these values: if citizens deserved freedom of religion, did they have the freedom to profess no religion? If citizens had a right to speech and petition, should they expect their representatives to honor those demands?

First among the clauses in sequence and controversy, the prohibition against religious establishment was formed upon both ideas of tolerance and a sectional preference for local churches. Early Americans respected religious tolerance for its ability to keep the peace. Britain's history had been fraught with religious conflict between Catholics and Protestants, and among sects of each. William and Mary advanced tolerance as a solution when allowed a measure of liberty within the established church, declaring that no Protestant who swore an oath of allegiance would "be prosecuted in any ecclesiastical court, for . . . non-conforming to the Church of England" (Toleration Act, 1689). This idea of limited freedom of religion carried over to the New World, where both the New York Chapter of Liberties and the Maryland Act of Toleration ensured in their respective colonies that "noe person... professing to beleive in Jesus Christ, shall... bee any waies troubled...in respect of his or her religion" (Maryland Toleration Act, 1649). The colonists had learned from European history that religious battles often breed tyrannical acts on the part of the government. Maryland granted these rights to all Christians while England afforded them only to Protestants; however, neither government granted protection to Jews, Muslims, or non-believers.

The freedom of religion clause had widespread support primarily because multiple religious customs existed in the United States. From Massachusetts Puritans to Pennsylvanian Quakers to Southern Anglicans, religiously diverse citizens had an overriding interest in preventing a federal church from dominating local branches. The South Carolina, New Hampshire, Virginia, and New York conventions all included "freedom of religion" or "freedom of conscience" clauses among their proposed amendments (Amendments Proposed by the State Conventions). Their intent was sectional preservation. Thus, upon review of the House's proposed amendments, the Senate additionally struck out the clause protecting "rights of conscience"—and cycled through various wordings of the "establishment" clause—to protect local interpretations of religion while not patronizing "those who professed no religion at all" (Huntington, address to Congress, 15 August 1789). Full separation of church and state would come later, but for the time being, the United States had taken an important step toward religious freedom.

The states had also developed a keen appreciation for a free and independent press. Religious conflict had bred a culture of press censorship in England long before the colonies were settled. During Henry VIII's reign, officials regularly prosecuted both publishers and readers of religious works thought to increase social tensions against the state. In America, however, colonists established a different tradition. The historic trial of the printer Peter Zenger was a radical departure from English precedent. He was charged for committing libel by publishing works critical of the Governor (Bench Warrant for Arrest of John Peter Zenger, 2 November 1734). Though English law dictated that truth was not a defense against libel charges, Zenger was acquitted, establishing precedence for a free press (Zenger, A Brief Narrative). During the American Revolution, underground newspapers influenced public opinion heavily, and pamphlets such as Thomas Paine's "Common Sense" stirred the people to battle. With victory came the general consensus that "freedom of the press [was] one of the greatest bulwarks of liberty and [could] never be restrained but by despotic governments" (Virginia Declaration of Rights).

Clauses excluded from the First Amendment show the intent of Congress as much as those that survived. On August 15, 1789, Rep. Tucker proposed that the phrase "to instruct their representatives" be added to what would become the first amendment (Congressional Register, 15 August 1789). The motion was struck down - most representatives agreed that the clause would be far too restrictive of elected officials (Clymer, address to Congress, 15 August 1789). Clearly, while the first federal Congress was amenable to the voice of the people, it did not consider that voice sacred; reasoning that public opinion "has been known to be often wrong" (Hartley, 15 August 1789). In general, Congress saw freedom of speech and petition as a negative right—though it could not stop constituents from speaking their minds, it did not hold itself legally responsible to honoring their demands.

Theories of democratic government, especially those that recurred in many previous American documents, influenced the Bill of Rights significantly. John Locke, an Englishman, had argued that rights carried over from the state of nature, and that citizens formed societies in order to better protect them; therefore, the rights themselves were absolute and inalienable (Locke, Second Treatise on Government). Almost a hundred years later, his ideas greatly influenced Congress. Representatives decided that a clause declaring "government intended for the benefit of the people," was already present—in meaning—in the Constitution (House Committee Report).

Indeed, the concept of a deliberative democracy depends on these principles. From Locke's guarantee of life and liberty come freedoms of speech and the press, which are key in preventing an oppressive state from dominating discourse and forcing its will upon pseudo-elections. With religion as the center of life for many Americans, an established church could be even more terrifying, as controlling conscience and free thought as well. Finally, the rights of petition and assembly were seen as crucial to citizens' ability to "instruct their representatives" while public opinion remained non-binding. Without a chance for citizens to exhibit their displeasure openly, Congress could not be expected to address the needs of the people, and democracy could not function.

Despite its foundation upon the most highly regarded ideals, the Bill of Rights came about only when pragmatism prevailed. Even James Madison, the Bill of Rights' greatest advocate, had first proposed them to appease members of the opposition; North Carolina and Rhode Island were not yet part of the Union, and he hoped that amendments would bring them into the fold. "You will find [them] calculated merely to amuse, or rather to deceive," scoffed William Grayson (letter to Patrick Henry, 29 September 1789). Perhaps it is testament to the unchallenged sanctity of First Amendment freedoms at the time that their inclusion was seen with such cynicism. Throughout the Union's history, however, they have proven time and time again their inherent values as privileges made rights, and as ideals made law.

Elise Liu, a senior at Fox Chapel Area High School in Pittsburgh, is the grand prize winner of the 2006 "Idea of America" essay contest. High school juniors were asked to write about the debate in the First Congress in 1789 over the adoption of the First Amendment to the Constitution. Liu and three other winners attended a reception and dinner at the U.S. Supreme Court, which included remarks by Associate Justice Stephen G. Breyer.