Dressing Up (and Down) in the Middle Ages 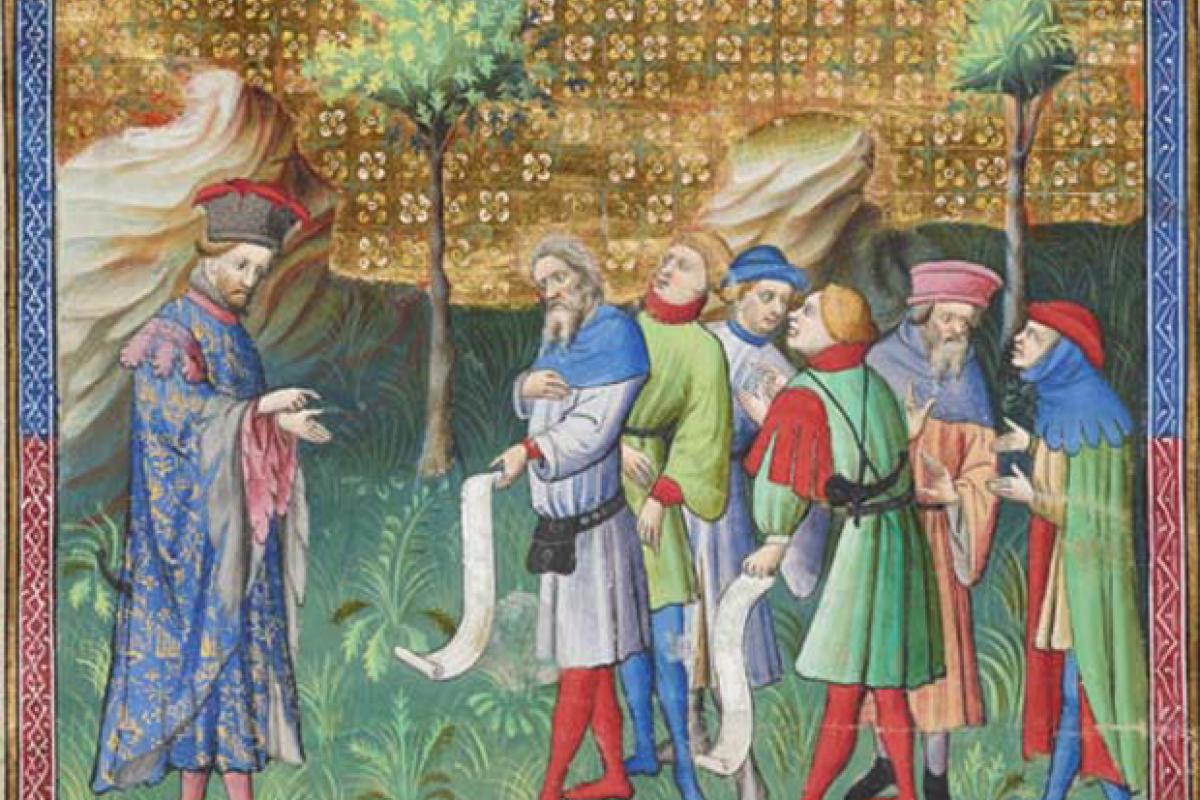 In this large illustration, a master Huntsman in blue and gold instructs a class of 6 less-richly-appointed men.

by the Josephus Master and the Bedford Master, ca 1407 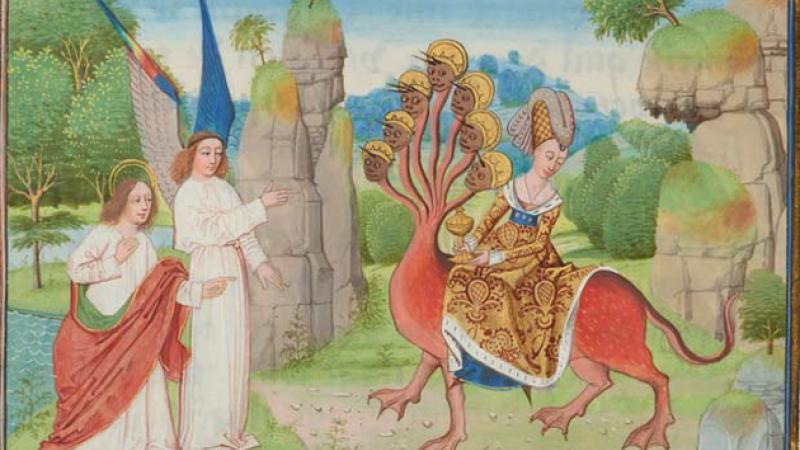 In this illustration in Illuminating Fashion, the Whore of Babylon is confronted by an angel, witnessed by St. John the Divine.

Loyset Liédet and his workshop, ca. 1470. From the Pierpont Morgan Library, in the public domain 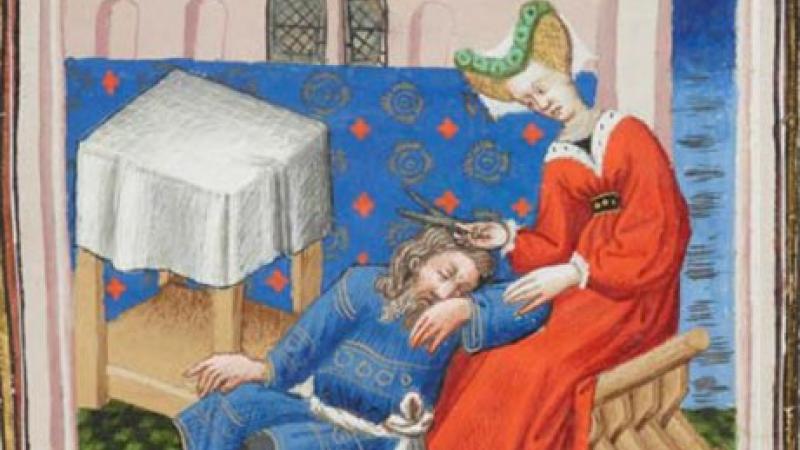 Detail from a full color illustration of the Biblical story of Samson and Delilah; Paris, France ca. 1415–20

The workshop of the Boucicaut Master. From the Pierpont Morgan Library, in the public domain.

In 1983, Dr. Anne H. van Buren of Tufts University received NEH support for the research and writing of a comprehensive history of Northern European medieval dress based solely on firmly dated or datable works of art. She drew on illuminated manuscripts, early printed books, tapestries, paintings, and sculpture from museums and libraries around the world.

Before completion of her highly anticipated magnum opus, however, Dr. van Buren died, and her fully-drafted book was prepared for publication by Roger S. Wieck, curator of medieval and Renaissance manuscripts at the Morgan Library & Museum in New York City. The work—a detailed 430 page study and visual recounting—has now been published by the Morgan Library and Museum Press as Illuminating Fashion: Dress in the Art of Medieval France and the Netherlands, 1325-1515 in advance of an exhibition at the Morgan by the same name. The exhibition ran from May 20 through September 4, 2011.

Illuminating Fashion includes 340 richly-colored illustrations, which demonstrate how dress reflects social customs and politics at a time of rapid change leading up to the Renaissance. Major cultural and political shifts caused by events such as the Hundred Years’ War (1337–1453) and the occupation of Paris by the English (in the 1420s) had a notable impact on fashion, and medieval illuminators deftly recorded these shifts in taste. They used clothing and costume to help viewers interpret the meaning of their art.

In his Foreword, Museum Director William Griswold notes that “French and Flemish artists of the late Middle Ages exploited clothing as a kind of code that reflected the wearer’s identity, occupation, and moral character….The original viewers of these works of art could ‘read’ the images using their own knowledge of fashion.” Modern audiences can now look at the lavishly decorated manuscripts more like the original viewers by unlocking the iconography of dress and costume.

Illuminating Fashion also includes a comprehensive glossary of medieval English and French clothing terms and an extensive list of dated and datable works of art. This fully illustrated volume can be used as guide to a fuller understanding of the works of art: it can help determine the date of a work; reveal the shape and structure of depicted garments; and open up a picture’s iconographic and social content.