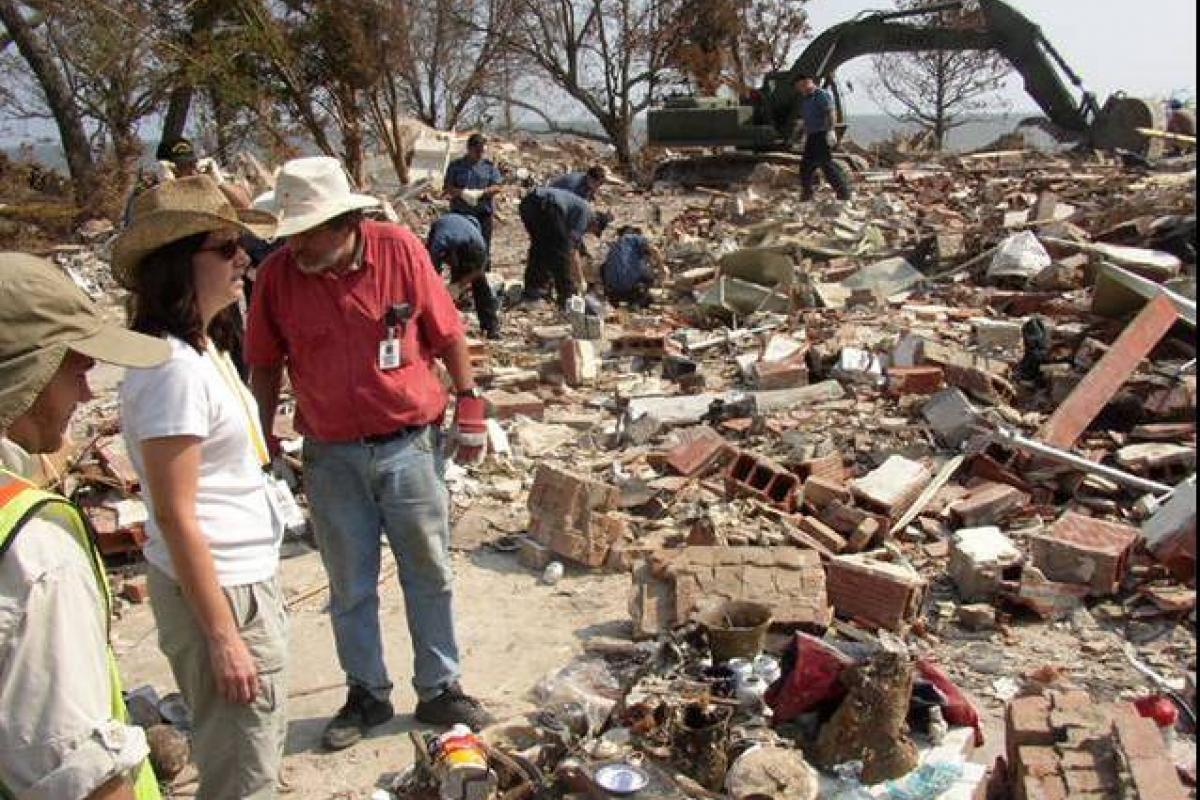 Beauvoir, the Jefferson Davis Home and Library in Biloxi MS Mississippi Department of Archives and History staff archaeologists help excavate museum artifacts from the rubble of the old Veterans Hospital/Civil War Museum after Hurricane Katrina in 2006.

Courtesy of the Mississippi Department of Archives and History

With the physical devastation caused by Hurricane Katrina still a fresh memory for so many, cultural heritage institutions such as libraries, museums, archives, and historical societies are taking more concerted measures to prepare for future natural disasters.  Division of Preservation and Access Director Nadina Gardner and Senior Program Officer Laura Word spoke to 30 Congressional staffers at the Cannon House Office Building on Thursday, August 9th about the National Endowment for the Humanities’ involvement in disaster preparedness and response for cultural institutions.

NEH’s White House Liaison and Director of Congressional Affairs Courtney Chapin introduced the session and was followed by Special Assistants to the Chairman Caitlin Green and Claire Noble  who presented testimonials of two NEH grantees, the San Diego Archaeological Center and the Carbon County Museum of Rawlings, Wyoming.  Ms. Green and Ms. Noble were followed by Senior Program Officer Kathleen Mitchell of the Office of Federal/State Partnership, who discussed funding opportunities at the state level and State Humanities Councils’ disaster response efforts during Hurricane Katrina.

Next, Nadina Gardner and Laura Word were joined by Lori Foley, Vice President for Emergency Programs of Heritage Preservation, a national non-profit organization based in Washington, DC, that is dedicated to preserving the cultural heritage of the United States and also an NEH grant recipient.  Director Gardner gave a brief description of NEH’s 20-year history of awarding emergency grants to help salvage cultural heritage collections after presidentially declared disasters.  She then made note of the three grant programs in the Division of Preservation and Access that fund activities related to disaster preparedness: Education and Training, Preservation Assistance Grants for Smaller Institutions, and Sustaining Cultural Heritage Collections. 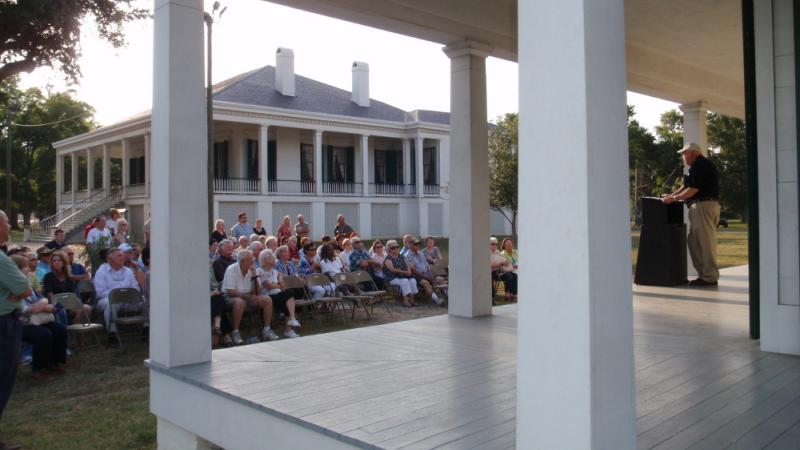 Beauvoir, the Jefferson Davis Home and Library in Biloxi, MS events at restored buildings during a City of Biloxi Preservation in May Program in 2011. 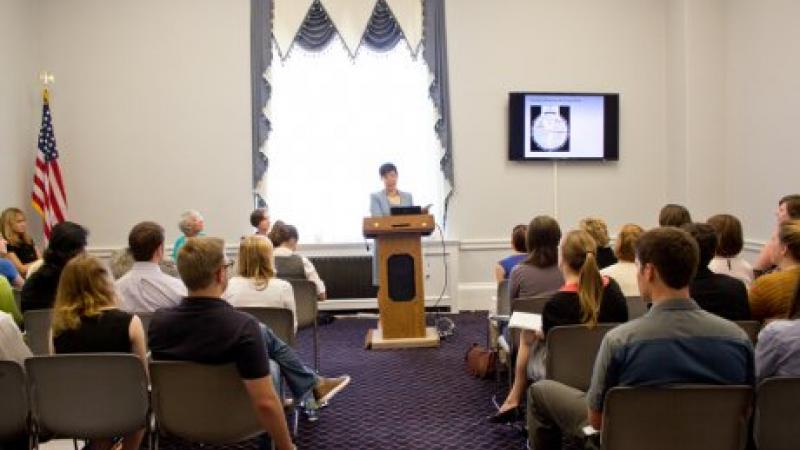 Courtesy of Office of Congressional Affairs, National Endowment for the Humanities

Laura Word highlighted some of the grants made in the wake of Hurricane Katrina and the Midwest floods of 2008, including Beauvoir, the Jefferson Davis Home and Library in Biloxi, Mississippi, and the National Czech and Slovak Museum and Library in Cedar Rapids, Iowa.  She also discussed how an Education and Training grant given to the Western States and Territories Preservation Assistance Service to fund the presentation of disaster preparedness courses helped ensure that the cultural institutions of American Samoa were able to save their collections after the tsunami of 2009.

Lori Foley discussed Heritage Preservation’s work as a grantee creating essential resources for disaster preparedness, such as the Emergency Response and Salvage Wheel and the Field Guide to Emergency Response.  She also described the work of its program, the Alliance for Response, which holds forums to forge city-wide partnerships between cultural heritage managers and first responders.  In addition, she mentioned the consultation on emergency preparedness and response available to cultural institutions through the Regional Alliance for Preservation, a nationwide organization of regional preservation field services.

For more information on this topic, please read a brief report, “20 Years of Disaster Preparedness and Response.”