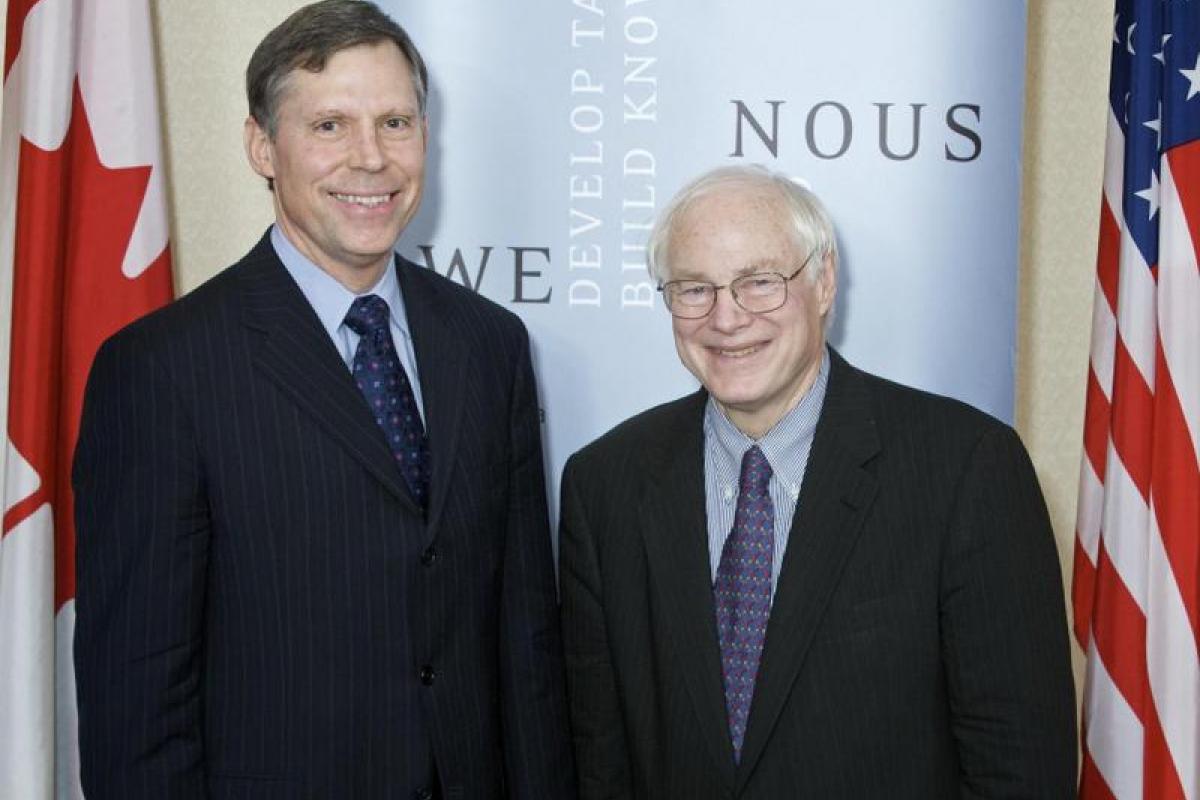 Photo by Martin Lipman courtesy of SSHRC of Canada

On Thursday, December 3, I attended a ceremony in Ottawa, Canada, for the announcement of the awardees of the Digging into Data Challenge.  (For a description of each winning project, please see the Digging website and the NEH's press release).  The ceremony was sponsored by SSHRC, the Social Sciences and Humanities Research Council, which is a Canadian government grantmaking agency and one of the participating funders in the Digging competition.  The ceremony was very well-attended, with about 50 university administrators in attendance, all of whom were in town that day to attend the SSHRC Leaders Meeting.  This is an annual meeting that SSHRC holds with the Canadian higher education community to discuss funding priorities and procedures.  In addition, numerous other guests were on hand from Canadian humanities and social sciences organizations.

The first speaker of the evening was Reeta Chowdhari Tremblay, a political scientist and Vice President (Academic) and Pro Vice-Chancellor, Pro Tempore at Memorial University, who was representing the Canadian Federation for the Humanities and Social Sciences.  Dr. Tremblay welcomed the assembled audience and said a few words about the Digging competition before introducing SSHRC President Chad Gaffield.  Dr. Gaffield, an historian who has been leading SSHRC since 2006. spoke about the Digging program, its aims, and about the four funding partners, NEH, SSHRC, NSF (National Science Foundation), and JISC (Joint Information Systems Committee) of the UK.  Then President Gaffield introduced the keynote speaker of the evening, NEH Chairman Jim Leach.

Chairman Leach gave a speech entitled "The New Digital Class," that talked about technology as a bridge, bringing together different cultures, including the cultures of the sciences and humanities.

On a personal note, I'd like to thank my colleagues at SSHRC, NSF, and JISC for their many months of work in putting together the Digging into Data Challenge.  And most of all, to the 87 international teams of scholars and scientists who competed in the Challenge, exemplifying international cooperation between the humanities and sciences.