Using Chemistry to Learn the Provenance of Clay Tablets 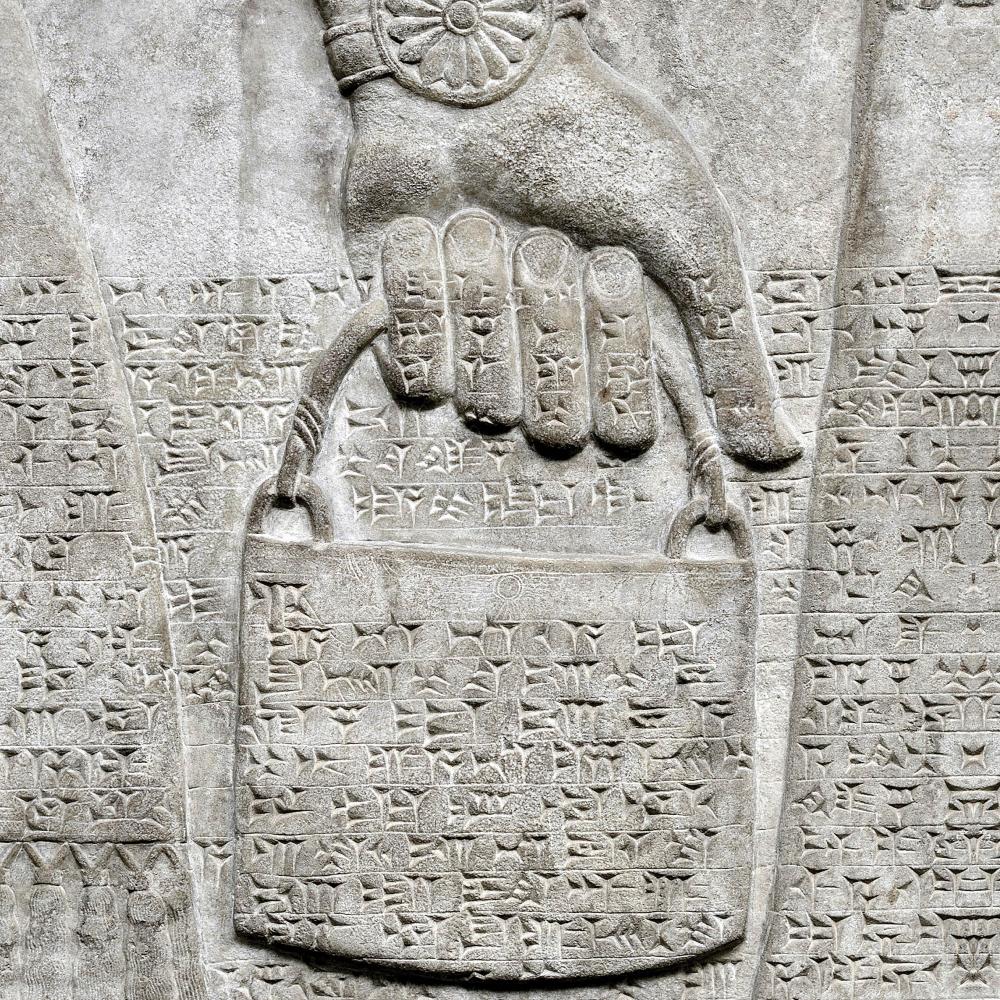 Clay is common the world over. To a child on a rainy day, it’s the bottom of a stomping puddle. To a geologist, a rock composed of minerals that traps water. To an ancient Mesopotamian, the medium on which to preserve everything from real estate records to epic poetry. 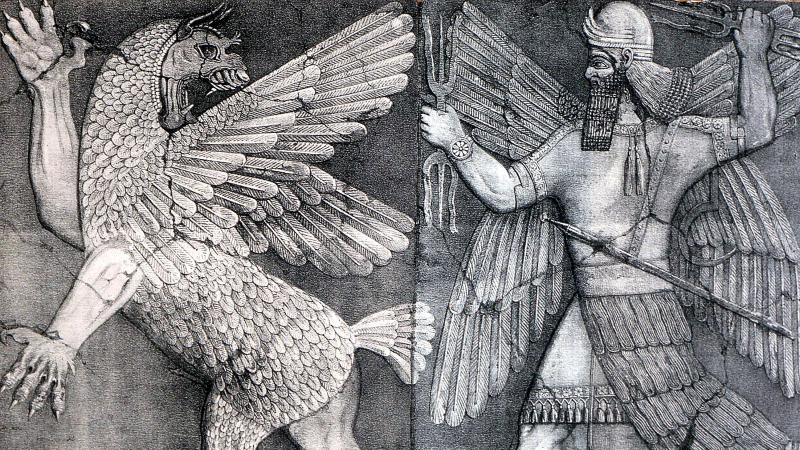 Tablets are missing still from important texts, such as the Epic of Gilgamesh. Bringing the tablets back to their place of origin and uniting them with adjacent ones, with the help of an X-ray fluorescence device, can have ramifications for archaeologists, scholars of language and literary works, even for law enforcement officers. 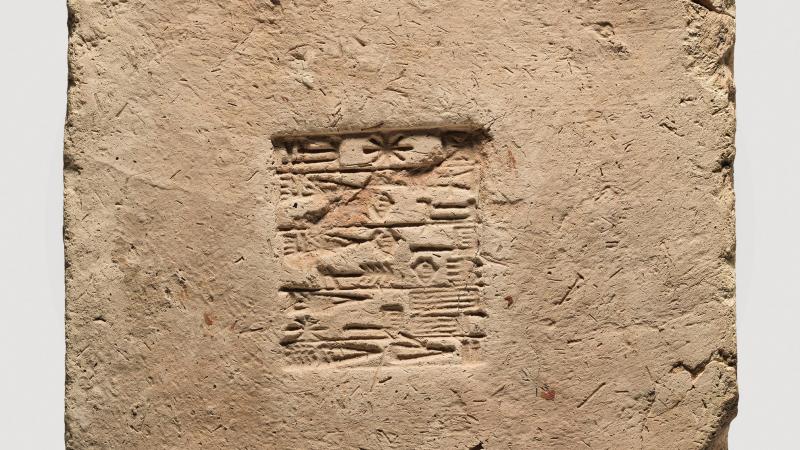 A stylus was used to press the wedge-shaped characters into the clay of a cuneiform tablet.

Clay tablets in the ancient Near East were smaller than today’s computer tablets. They most often fit into the palm of a hand, to be read as you would look into a compact mirror, large enough to hold, on average, up to 60 lines of cuneiform, the writing system used thousands of years ago by the peoples living between the Tigris and Euphrates rivers.

A snippet of financial transactions or student homework isn’t going to give an archaeologist the whole picture, yet many cuneiform tablets in museums or for sale on the art market exist in isolation, without the rest of their story.

What exactly do you lose when tablets are split up? With so few lines to an average tablet, you’re going to lose most of an epic poem. You’re going to be unable to use the dates from financial records to assign dates to the literature found in the same building. Without knowing where a tablet was found, you’ll be unable to compare temple texts between cities and determine whether those differences in poems imply differences in beliefs. And without a series of decade-spanning tablets recording barley allotments, you wouldn’t know that working single mothers were often considered heads of households in the Sumerian city of Nippur twelve hundred years before the beginning of the common era.

A single tablet by itself, without any information about its origin, is reduced to a handful of fancy mud with half an aphorism.

Susanne Paulus wants to change this. She’s the Tablet Collection Curator of the Oriental Institute and an associate professor at the University of Chicago. Paulus has been interested in ancient writing systems since she was introduced to hieroglyphics as a child at school. Today she’s a cuneiform scholar, able to take a tablet thousands of years old, whose uneven surface is pockmarked by wedge shapes, and find in it the stunning poetry of the Epic of Gilgamesh.

Paulus’s goal is to leverage seemingly unrelated tools from other academic fields to determine the origin, or provenance, of a lone tablet. She’s incorporating portable X-ray fluorescence devices and machine-learning algorithms into her archaeological research. To do so, she is collaborating with Katharyn Hanson, Cultural Heritage Preservation Scholar at the Smithsonian Institution’s Museum Conservation Institute, and Lee Drake, president of Decision Tree, LLC, and adjunct faculty at the University of New Mexico. Their process requires a laptop with specialized software plus a handheld X-ray fluorescence device, shaped and sized like a hair dryer and powered by something like a cell-phone battery. The process measures the atomic characteristics of the clay itself to determine a tablet’s provenance.

Mesopotamians used clay for their documents because cuneiform was written with a reed stylus by pressing the pictographs into the clay; they needed a surface that was flexible. Yet clay was also “the hardiest writing medium you can imagine,” Paulus says. “[Tablets] preserve really well. If the city burns down, they are preserved because they are just then baked by fire. If the building collapses, they survive. They survive in humid soil. They survive in desert climate.” But ancient Mesopotamians didn’t just use clay directly from nearby fields or where rivers overflowed. They processed it, removing pebbles as well as organic materials that might flake off during or after writing, potentially disfiguring the writing itself.

The Mesopotamians intended their words to last, and Paulus’s process respects that. Part of what makes her process so important is that X-ray fluorescence is a nondestructive measurement. The researcher in the field who applies this process won’t need to sacrifice the newly unearthed cuneiform tablet just to know if it had been written locally.

The geographical location of the clay’s source dictates its atomic characteristics, invisible to us but quantifiable with X-rays. “X-rays turn chemical data into a color fingerprint for an object,” says Drake. In the field, an archaeologist would lay the input portion of the device against a flat section of the cuneiform tablet and take a measurement, directing X-rays at the clay molecules and measuring the energy that’s released, unique for each atom. Three thirty-second measurements are enough input for the specialized software to make a fairly confident estimate about the provenance of the tablet.

Underlying this specialized software is a relationship between the X-ray fluorescence measurements and geography, based on clay tablets with known provenance and generated using machine-learning algorithms. “If you think about the periodic table—as each element having a dimension—it’s hard for a human to conceptualize,” Drake says. “The key to making this work is machine learning.”

At an archaeological dig, a researcher using the portable device and the specialized software needs only a few minutes to narrow down the origin of a recently unearthed tablet. But those aren’t the only circumstances under which this process could be used. “One of the things we hope to do with this technical analysis is to provide tools and techniques that can aid law enforcement,” Hanson says. Law enforcement is interested in larger geographical scales, needing to know whether a tablet should be repatriated to Syria, Iraq, or elsewhere. So while this new process would still require a cuneiform scholar to read the tablet to determine the city in which it was made, the amount of time required for law enforcement to determine a country of origin would decrease by an order of magnitude. Currently, Paulus says, “it takes me an hour or more in the worst case, per tablet, to give [law enforcement] an idea of where the tablet was looted.”

Back in the correct country, the tablet can be reunited with related works to tell a larger story: a story that we are still listening to thousands of years later. As Paulus’s research project emphasizes, the ancient Mesopotamians chose well when they chose clay, even though they selected it for its “great density of information” rather than the atomic characteristics that Paulus and her group are leveraging to bring those readers and writers alive to us today.

Mary Alexandra Agner has written for Sky & Telescope and Muse; she is the author of The -OLOGISTS (Dancing Girl Press, 2019) and The Scientific Method (Parallel Press, 2011).

In 2019 NEH’s Division of Preservation and Access awarded Susanne Paulus $70,363 to study the applicability of geochemical clay analyses.

This article is available for unedited republication, free of charge, using the following credit: “Originally published as “Chemistry and Clay: Using X-ray to Identify Provenance of Cuneiform Tablets” in the Winter 2020 issue of Humanities magazine, a publication of the National Endowment for the Humanities.” Please notify us at @email if you are republishing it or have any questions. 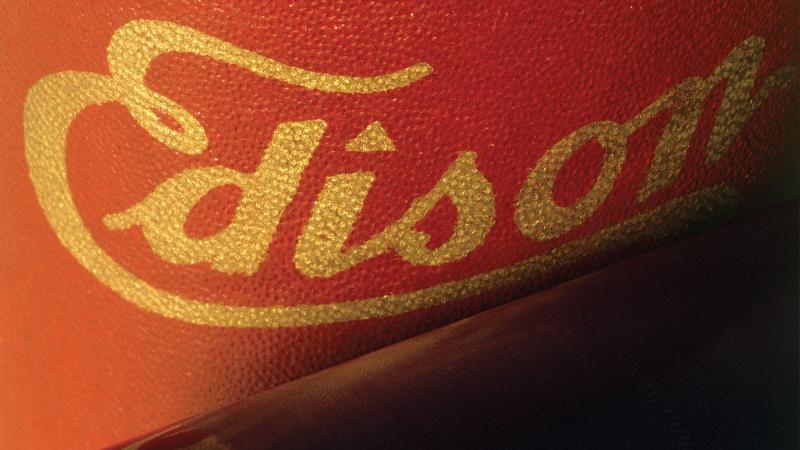