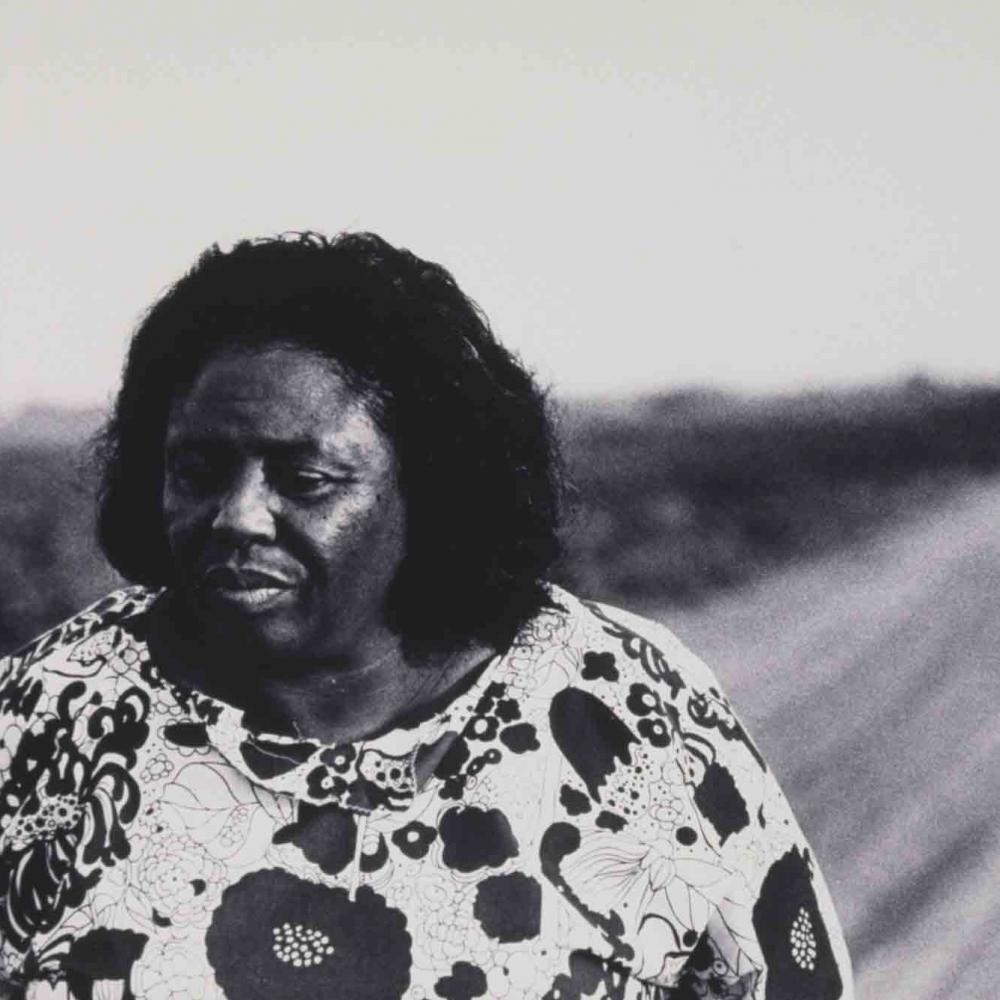 When Louis Draper took Fannie Lou Hamer’s photo for Essence magazine in 1971, Hamer had only six years left to live. She would die at age fifty-nine, officially from cancer and heart disease, but really from being poor, Black, and an activist in Mississippi at a time when all of that was lethal. By the early 1970s, Hamer was so well known that the Essence article had only to allude to her accomplishments. She’d joined the civil rights movement, fought to register voters, founded a political party, and challenged a president.

She paid a price, however, with police beatings that left her permanently disabled. She lost a daughter because no hospital in Mississippi would treat a child of Fannie Lou Hamer. The Ku Klux Klan shot into a friend’s house 16 times while Hamer was staying there. Despite this, Hamer remained.

Hamer was born in 1917, the youngest of 20 children, and spent her life as a sharecropper with little formal education, though she loved to read. When she was twenty-seven, she married Perry “Pap” Hamer. They tried for a family, but Hamer had several miscarriages, so they adopted two girls. In 1961, a white doctor gave Hamer a hysterectomy without her consent while she was undergoing surgery to remove a uterine tumor. The practice was so commonly performed on poor Black women that it was nicknamed a “Mississippi appendectomy.”

In the summer of 1962, Hamer attended a meeting led by the Student Nonviolent Coordinating Committee and the Southern Christian Leadership Conference.

“I had never heard, until 1962, that Black people could register and vote,” she said. She was forty-five. The next day, Hamer was on a bus with 17 other people headed to the county seat in Indianola to register. Only she and one other person were allowed to take the literacy test. They had to answer questions about the Mississippi constitution and de facto laws of the state.

“I knowed as much about a facto law as a horse knows about Christmas Day,” Hamer said later. Both she and the other test-taker failed, but Hamer said she would return until she passed. It was no small task. At that time in Mississippi, if you registered to vote, your name and address ran in the paper for two weeks so the Ku Klux Klan and other white supremacists could terrorize you if you were Black. On their way home from Indianola, Hamer and the others were stopped by police, who said their bus was the wrong color, and fined $100. When Hamer finally made it home, the plantation owner already knew about what she’d done and told Hamer that if she didn’t withdraw her registration, she’d have to leave.

“Mrs. Hamer came into the Baptist church and said she had been ordered off the plantation,” recalled former SNCC organizer Dora Churnet in the New York Times. “We sang freedom songs together. Somebody played the piano and Mrs. Hamer said in that strong, authoritative voice. She said, ‘They kicked me off the plantation, they set me free. It’s the best thing that could happen. Now I can work for my people.’”

Hamer spent the rest of her life doing just that. Eventually, she passed the literacy test and paid the poll tax so she could vote. She also worked to register others.

“I guess if I’d had any sense, I’d a been a little scared,” she said. “But what was the point of being scared? The only thing [the whites] could do was kill me, and it seemed like they’d been trying to do that a little bit at a time since I could remember.”

Hamer told the convention not only about her experience trying to register in 1962, but also about a 1963 jailhouse beating. Hamer had been working with other activists to register Black voters. The group was unjustly arrested and Hamer was put in a jail, where two other prisoners were forced to take turns beating her. She suffered permanent kidney damage, a blood clot behind her eye, and a permanent limp.

“All of this is on account of we want to register to become first-class citizens. And if the Freedom Democratic party is not seated now, I question America,” Hamer said at the conclusion of her brief but powerful testimony. “Is this America, the land of the free and the home of the brave, where we have to sleep with our telephones off of the hook because our lives be threatened daily because we want to live as decent human beings, in America?”

Lyndon Johnson thought he’d lose the South if he seated the MFDP, so not only would he not seat them, he pre-empted Hamer’s testimony by calling a White House press conference at the very time she was supposed to speak. Hamer’s testimony was rebroadcast during prime-time news shows, giving it an even wider audience. Still the Democratic party said it would seat Mississippi’s original delegates, but it offered the MFDP two at-large seats—with the stipulation that the delegates would be selected by the national party, not the MFDP—and a promise not to seat delegates from discriminatory polls at future conventions. Hamer, who was the vice chair of the party, rejected the offer.

“We had played by the rules, done everything we were supposed to do,” recalled John Lewis, who helped with the effort and later became a U.S. House representative. “We had arrived at the doorstep and found the door slammed in our face.”

The convention proved Hamer was a powerful orator, and she traveled the country to raise awareness about civil rights. She also ran for the Mississippi House of Representatives, founded the National Women’s Political Caucus, and started the Freedom Farm Cooperative, a 640-acre farm that offered Blacks economic opportunity denied them through sharecropping.

The year after the Essence article, at the 1972 convention, the Democratic party seated the interracial delegation from Mississippi.

NEH has funded several Landmarks of American History and Culture workshops for teachers at Delta University on “The Most Southern Place on Earth: Music, History, and Culture of the Mississippi Delta,” which covers the civil rights movement and the work of Fannie Lou Hamer. The University of Mississippi received an NEH preservation assistance grant to rehouse materials, including many related to Hamer.

This article is available for unedited republication, free of charge, using the following credit: “Originally published as “The Blood and Sweat of Fannie Lou Hamer” in the Winter 2021 issue of Humanities magazine, a publication of the National Endowment for the Humanities.” Please notify us at @email if you are republishing it or have any questions. 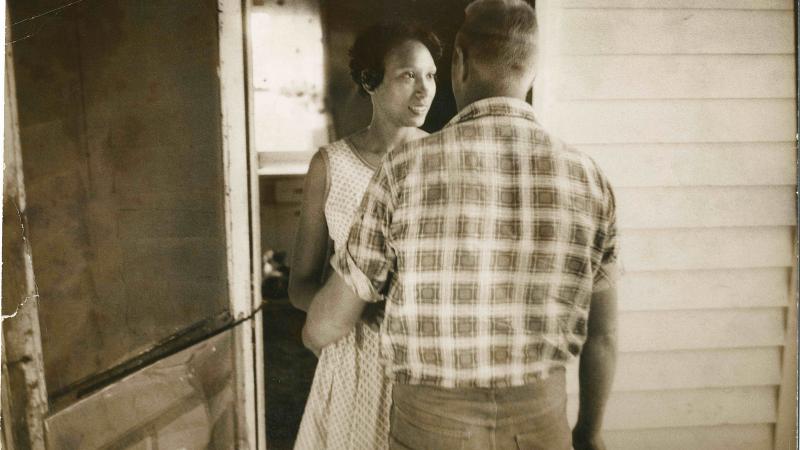