A Slave Memoir Becomes an Opera 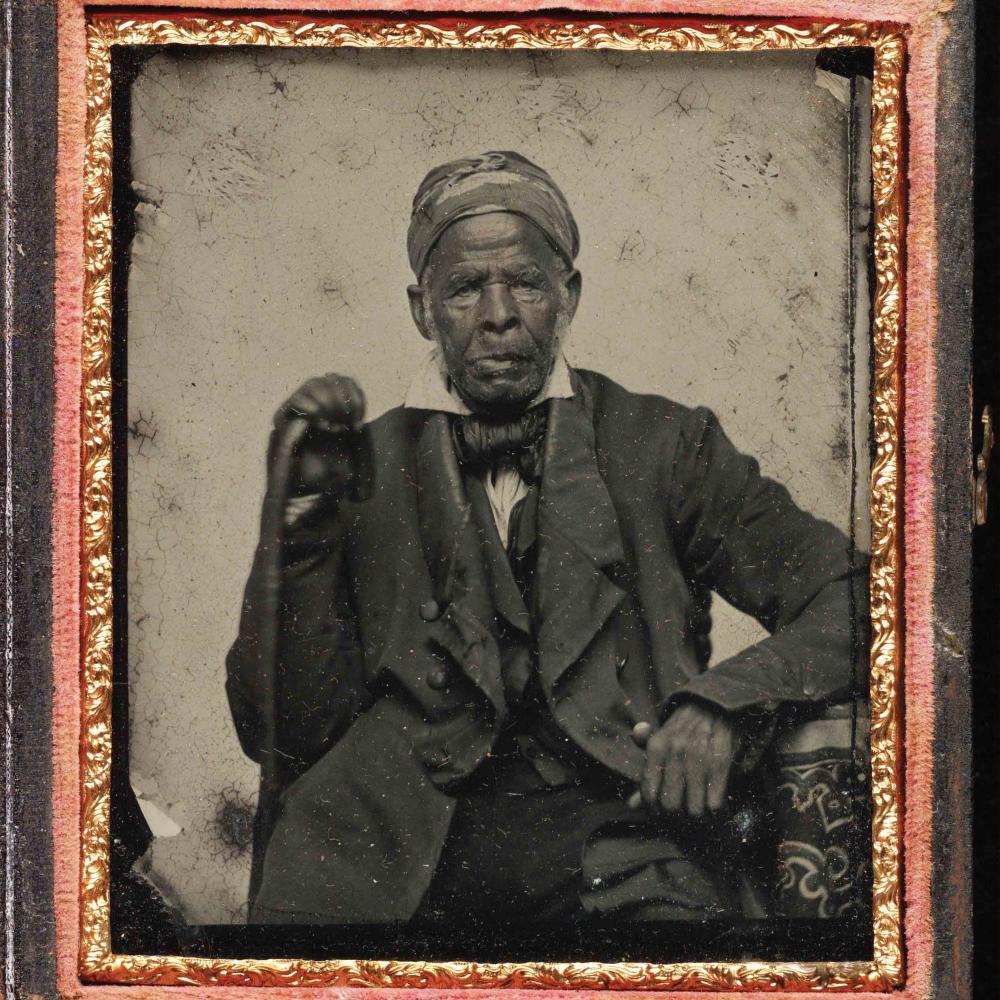 Omar Ibn Said died in 1863 at the age of ninety-three, an ocean away from where he was born. He was known as “Uncle Moreau,” and his obituary in the Raleigh, North Carolina, Weekly Standard, describes his Christian piety, after being converted from “heathenistic” Islam. By then Ibn Said had been a slave for 56 years. Much of his identity had been lost or erased.

Or was it? When he was sixty-three, Ibn Said penned a 15-page autobiography in Arabic. He opened with a verse from the Qur’an called the Sūrah al-Mulk. Mulk means dominion or ownership. In Islam, everything belongs to God and nothing to man.

“So it’s a way, if you want, of pointing to the slave owners that really they have no right to own slaves,” said Mary-Jane Deeb, the retired chief of the African and Middle Eastern division of the Library of Congress, in a podcast. “[Ibn Said] never says it. He just puts this verse of the Qur’an in.”

Deeb spearheaded the preservation of Ibn Said’s handwritten autobiography when the Library of Congress acquired it in June 2017, after the previous owner, Derrick Beard, auctioned a 42-document collection at Sotheby’s.

He brainstormed with staff about who should compose the opera and landed on musical polymath and cofounder of the Grammy Award-winning string band the Carolina Chocolate Drops, Rhiannon Giddens. Giddens is a banjo player, singer, and songwriter and a MacArthur “genius grant” recipient. She took on the project as the librettist and one of the composers.

Despite the autobiography, much of Ibn Said’s life is a mystery. “The Omar that I wrote is a made-up Omar. It’s not the real Omar, because the real Omar we cannot know,” Giddens said in a talk called “Omar: Collaboration in Conversation.” “We can only try to invoke the spirit of Omar from what we have of his passed down to us,” Giddens said.

Musician and composer Rhiannon Giddens was commissioned to create the opera Omar.

—Courtesy of the Spoleto Festival USA

Yet Ibn Said’s spirit can still be found in his autobiography, the books about him, and in the Qur’an scriptures he cited. He was born in 1770 in Futa Toro, present-day northern Senegal, into a rich family, and his father died when he was five.

“It’s a region that has been the cradle of Islam,” said Sylviane Diouf, a historian who wrote Servants of Allah: African Muslims Enslaved in the Americas. As she explained in a Library of Congress podcast, the area became a Muslim theocracy and the leader, Abdul Kader Khan, was opposed to the transatlantic slave trade and forbade the trade in Futa Toro.

Ibn Said started learning Arabic and the Qur’an when he was six and traveled to study under several masters, including his own brother. He studied for 25 years and then returned to Futa Toro.

In 1807, Abdul Kader Khan was killed in a war with the non-Muslim Bambara kingdom in the east. Ibn Said, by then thirty-seven, was taken prisoner and marched to the coast, where he was sold into slavery.

“Wicked men took me by violence and sold me to the Christians,” Ibn Said wrote. “We sailed a month and half on the great sea to the place called Charleston in the Christian land. I fell into the hands of a small, weak and wicked man. . . . I was afraid to remain with a man so depraved and who committed so many crimes, and [after a month] I ran away.”

Ibn Said escaped to Fayetteville, North Carolina, and was arrested while praying in a church. For 16 days, he remained in jail, where he found a piece of coal and began writing on his cell walls in Arabic. This brought him to the attention of Jim Owen and his brother John, who was the governor of North Carolina from 1828 to 1830. They enslaved him in their household, where he lived out the rest of his life.

Ibn Said became well known in his town—his obituary is titled “a remarkable Negro”—and Francis Scott Key, who wrote the “Star Spangled Banner,” came across a letter Ibn Said had written. Key was so impressed that he sent Ibn Said two copies of the Bible in Arabic.

Ibn Said claimed that he converted to Christianity, but he still invoked Allah throughout his writing. He learned English but practiced Arabic. Despite being kidnapped and enslaved, he held on to some of his past. The way he straddled two worlds is conveyed in the music of Omar.

Giddens composed the opera primarily on the banjo, and she brought in Michael Abels, who wrote the scores for Jordan Peele’s films Get Out and Us, to help compose the opera and do the orchestration. The banjo, which is a descendent of West African instruments, captures different cultural tonalities. Abels’s orchestrations make her music “fit within our western ear space so it really sits in between the two worlds,” Giddens says.

The opera’s world premiere would have been in 2020, but was pushed forward because of COVID-19. The Spoleto Festival has instead hosted the Exploring Omar Discussion Series, a series of eight panel discussions about different aspects of Omar’s story, supported by the South Carolina Humanities. All of them are recorded and available online at the Spoleto website.

The discussions are wide-ranging, taking Ibn Said’s life as a starting point to discuss current topics and events. Jones wondered what justice meant for Ibn Said as an artist.

“Many of us [artists] are concerned about our legacy,” Jones said. “And let’s face it, the greater share of us are unsung.” Jones remarked how many Holocaust survivors believe every day they live is a victory against their oppressors, and how that could apply to Ibn Said, an artist who was kidnapped and enslaved, but whose words survive. “Does trauma help us find our voice, find the urgency to make?” Jones asked.

Ibn Said was able to clandestinely protest his captivity in his work—he knew that the Owens would read the book in translation—and now, nearly 200 years later, his work is in the Library of Congress and being turned into an opera. It does not set right any wrongs, but it is important.

“Every day they don’t kill you is a victory,” Jones mused.

This article is available for unedited republication, free of charge, using the following credit: “Originally published as “A Slave Memoir Becomes an Opera” in the Spring 2021 issue of Humanities magazine, a publication of the National Endowment for the Humanities.” Please notify us at @email if you are republishing it or have any questions. 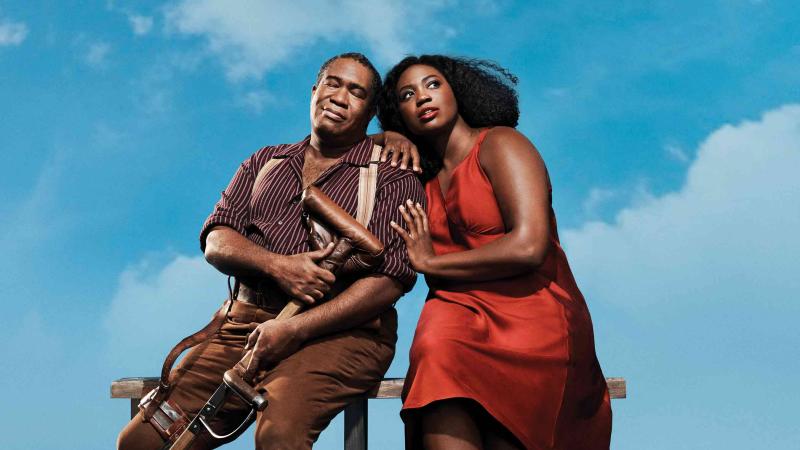 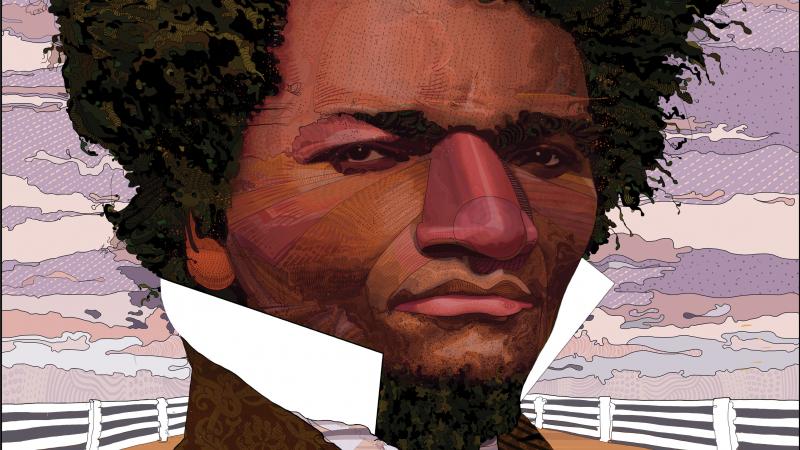