Rivers Held a Spiritual Place in the Lives of the Cherokee 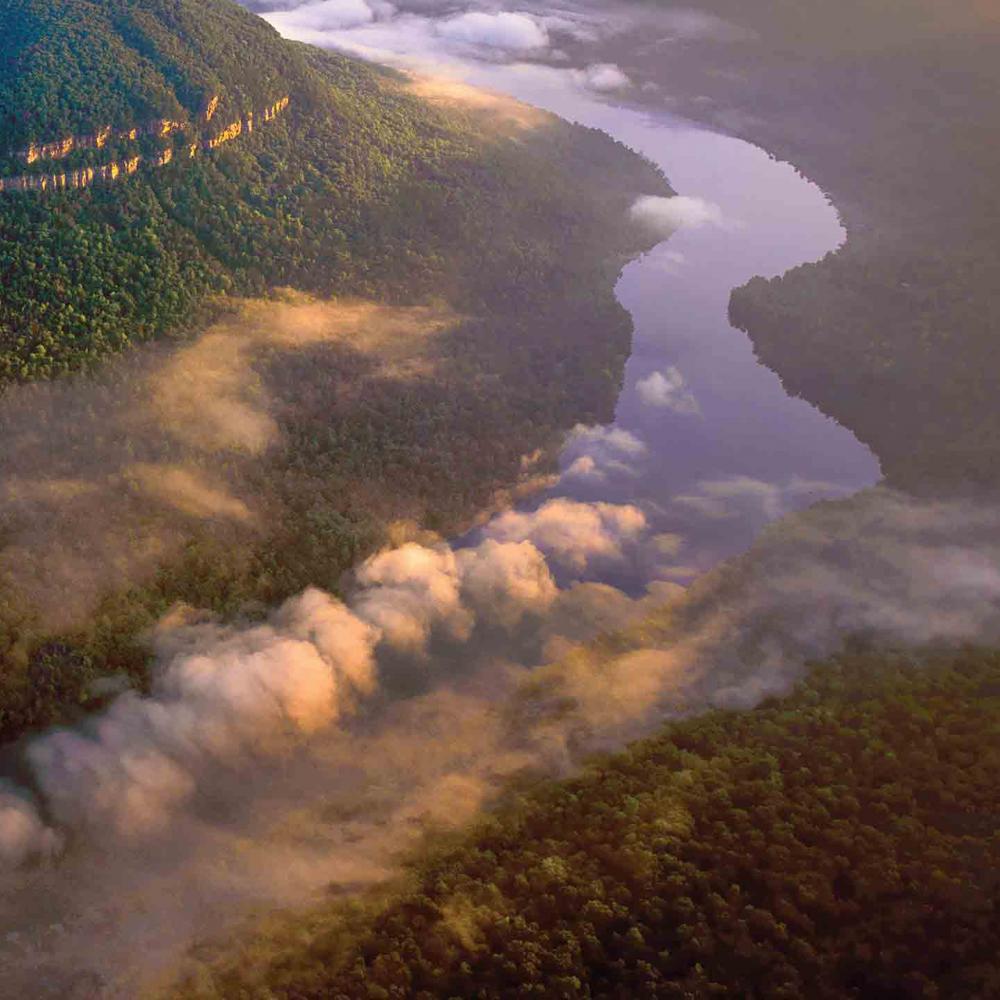 For centuries, the Tennessee River occupied a central place in much of Cherokee political and spiritual life.

When anthropologist James Mooney published the first of his influential studies of Native American culture in 1888, “Myths of the Cherokee,” he was struck by the centrality of water in the Cherokee world. Mooney had spent a season living with the Eastern Band of Cherokee Indians in the Great Smoky Mountains in North Carolina. In the following years, he published several foundational books on Cherokee culture, and became, according to JoAllyn Archambault, director of the American Indian Program of the National Museum of Natural History, the “first person to write Indian history with Indian thoughts about their history incorporated into the work.”

Water, Mooney discovered during his season with the Eastern Band, appeared at the very beginning of Cherokee cosmology. In “Myths of the Cherokee,” published in The Journal of American Folklore, he recorded the nation’s origin story, in which the Cherokee conceived of the earth as “a great island floating in a sea of water, and suspended at each of the four cardinal points by a cord hanging down from the sky vault. . . . When the world grows old and worn out, the people will die and the cords will break and let the earth sink down into the ocean, and all will be water again.” We begin in water and we return to water.

In daily life, the Cherokee acknowledged the spiritual significance of their local rivers, streams, and ponds with a ritual called “going to water.” Each morning at daybreak, Mooney wrote, a party of Cherokee would be led by a healer down to a running stream, where the group would face the rising sun and immerse themselves completely in the flowing water, enacting a kind of rebirth. This ceremony of communion touched on nearly all spheres of social life. Going to water, Mooney concluded, was “a part of the ritual for obtaining long life, for winning the affections of a woman, for recovering from a wasting sickness, and for calling down prosperity upon the family at each return of the new moon.”

In his forthcoming book, The Riverkeepers: The Cherokees, Their Neighbors, and the Rivers That Made America, historian Gregory Smithers reminds readers of the importance water has had in Cherokee culture. Smithers, professor of history at Virginia Commonwealth University and research fellow of the Virginia Foundation for the Humanities, spoke on the subject at the Library of Virginia in Richmond on April 30. He pointed out that several prominent historical studies have rightly focused on the importance of subjects like land, political sovereignty, and gender relations among the Cherokee people. “The thing that holds all of that history together is water, and just how sacred water is,” he said.

Smithers calls Riverkeepers a “biography of the aquatic places” where the Cherokee lived, and the book’s protagonist is the massive Tennessee River. For centuries, before the Cherokee were forcibly displaced, starting in 1838, from their ancestral southeastern homelands by President Andrew Jackson during the Trail of Tears, the Tennessee River was so closely associated with them that English, Spanish, and French settlers often referred to the waterway simply as the “Cherokee River.” It stood not just at the political and economic center of much of the Cherokee world, but also at the spiritual center. The translation of the Cherokee word for river, “Long Man,” or, more literally, “person, long, he,” evokes something of the sacred essence of those bodies of water, which the Cherokee saw as living entities, endowed with their own unique personalities and attributes.

While American settlers saw the Tennessee River as a source of economic opportunity, many Cherokee opposed large-scale transformation of waterways such as damming. According to Smithers, from the Cherokee perspective, “[W]hat you’re doing when you radically alter the flow of the river is you’re killing the river. The rivers that do not flow and constitute large stagnant pools of water like a dam tends to produce are considered dead water. Then [the river] ceases to have that personality and that spiritual and ceremonial significance that it would have had otherwise.”

Smithers is keen to add that while Cherokees had a different relationship with their environment from American settlers, they still altered the landscape around them in distinct ways. Across the Tennessee River, the Cherokee often built stone weirs, rock obstructions in the water designed to catch fish. The weirs did not halt the flow of the water, but instead depended on the continuous motion of streams and rivers to sweep bass and trout into the fishers’ traps, a cooperation of sorts between the built and the natural environment.

Today, in the Smoky Mountains, where James Mooney first spent time with the Eastern Band of Cherokee and where a substantial number fled to avoid displacement under President Jackson, an effort is under way to renew the mountains’ waterways. Some 30 miles of protected streams burble alongside quiet, forested areas and through the town center of Cherokee, North Carolina. Thanks to a fish hatchery, the Eastern Band keeps these waters stocked with trout and bass, and recreational fishers from across the region flock to the reservation to try their luck in the streams. While the hatchery has the capacity to harvest over a million fish each year, for environmental reasons it releases just 250,000 or so into the streams annually. The Facebook page of Cherokee Fisheries and Wildlife Management, which oversees the hatchery, summarizes: “Biological diversity is intricately tied to Cherokee cultural identity. . . . Our program works to manage fish and game populations for subsistence and recreational purposes, restore and protect both culturally significant and rare species, and promote the connection between conservation and cultural values.”

Sam Dembling is a graduate of Macalester College and was an intern with Humanities magazine.

The text of this article is available for unedited republication, free of charge, using the following credit: “Originally published as “Cherokee Riverkeepers” in the Summer 2019 issue of Humanities magazine, a publication of the National Endowment for the Humanities.” Please notify us at @email if you are republishing it or have any questions.