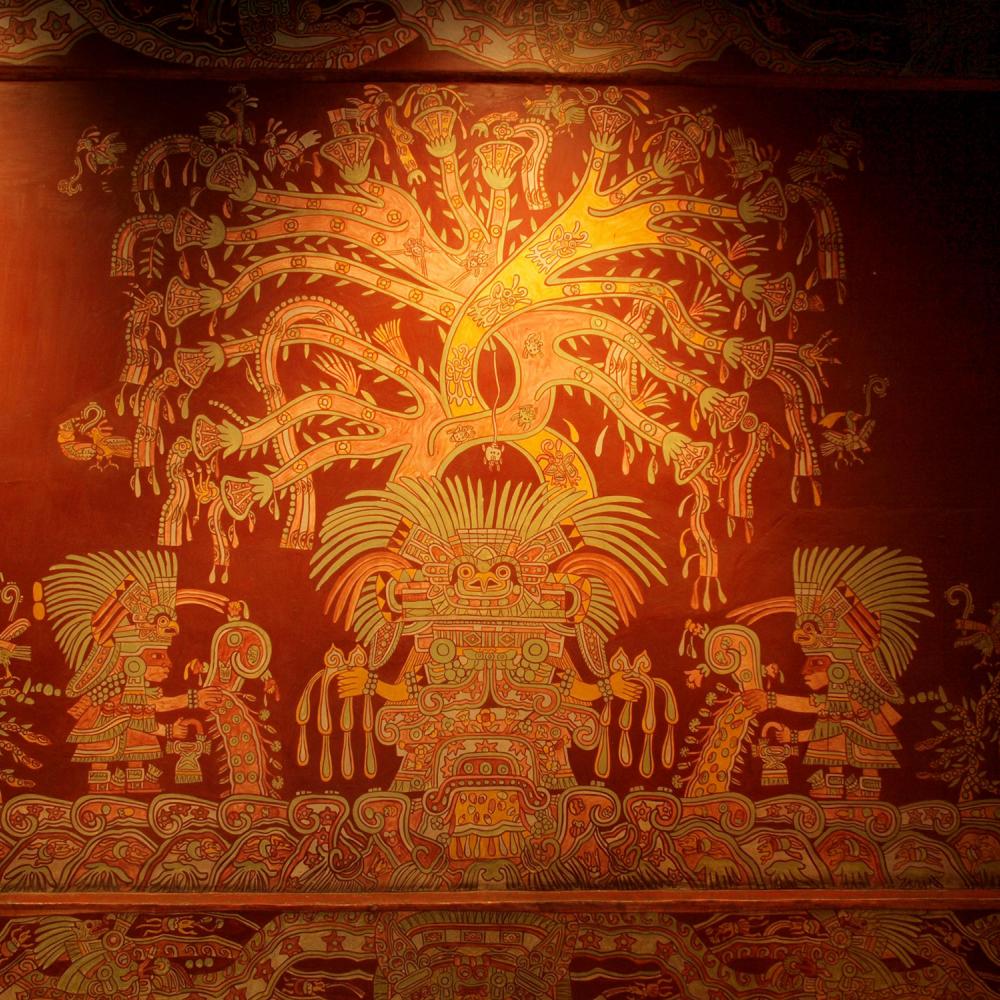 This past April, NEH awarded $24 million in grants to 225 humanities projects across the country. These NEH-supported projects are fostering a deeper know-ledge of our communities and the world through the digitization of gospel songbooks published in the South beginning in the late nineteenth century, an exhibition and walking tour in San Antonio, Texas, on the history of the city’s immigrants and multiracial working class, and many other worthy endeavors.

“NEH is proud to support these 225 new projects, which embody excellence, intellectual rigor, and a dedication to the pursuit of knowledge,” said NEH Acting Chairman Adam Wolfson. “We look forward to the contributions these projects will make to our understanding of ourselves and our society through exemplary humanities research, publications, documentary films, exhibitions, and undergraduate programs.”

The New York Times noted the grant cycle, mentioning support for several projects in the Empire State, including “the production of a 15-episode ‘Radio Diaries’ documentary podcast series, which uses archival audio recordings to tell forgotten stories of twentieth-century America, like that of the last surviving Watergate burglar.”

This class of grants includes the first awarded through NEH’s new Archaeological and Ethnographic Field Research program. Among the supported projects are an excavation of the ancient city of Teotihuacan in central Mexico to determine the presence and influence of Mayan residents; an archaeological investigation of settlement and migration patterns on the Micronesian islands of Pohnpei and Kosrae; and an excavation of Egypt’s first industrial-scale brewery, located at the ancient site of Abydos.

Closer to home, new grants are helping preserve and make accessible important historical and cultural collections, such as audiovisual archives on the coal-mining industry in Appalachia at Kentucky’s Appalshop. Another grant is supporting a cooperative effort of Northern Arizona University, the Hopi Tribe, Hualapai Tribe, and Diné College on the Navajo Nation to digitize 400 rare films documenting the Colorado Plateau and the American Southwest from the 1930s to the 1960s. Enslaved: Peoples of the Historical Slave Trade, an online repository that documents the lives of individuals who were enslaved, owned slaves, or participated in the slave trade, was another project to gain NEH support. The Freedom of Information Archive, a digital resource of 4.6 million declassified documents, also received a grant to include materials related to post-WWII diplomacy and international development from the archives of NATO, the United Nations, the World Bank, and the Wilson Center.

Materials from the archives of the United Nations will be digitized for public access.

NEH funding assists in the creation of media, exhibitions, and public programs that bring the humanities to wide audiences. These include grants to produce The Bigger Picture, a series of short documentaries examining iconic photographs that have shaped American culture, and the Lost Highways podcast series on the history of Colorado and the American West. NEH Public Humanities Projects grants are funding the Los Angeles County Museum of Art exhibition “Dining with the Sultan,” featuring art depicting Islamic courtly dining culture and culinary traditions from the eighth through the nineteenth centuries; a national traveling exhibition about the role of religious pluralism in shaping nineteenth-century westward expansion in the United States; and site interpretation and programming at Granada National Historic Landmark in Colorado, known as Amache, to introduce visitors to the place where 10,331 people of Japanese descent were imprisoned during World War II.

Education grants for curriculum innovation in the humanities will enable a new interdisciplinary minor in medical and health humanities at Johnson and Wales University; the integration of the study of history into undergraduate professional programs in homeland security, informatics, and public health at SUNY-Albany; and interdisciplinary courses and civic-engagement activities at Texas Woman’s University focused on the history of the African-American community of Quakertown, a historic freedmen’s settlement.

New NEH Dialogues on the Experience of War grants will support a discussion program at the USS Constitution Museum for Navy veterans and their families, focusing on historical documents and material culture from the War of 1812 and the global war on terror. Also, medical residents from the Uniformed Services University will be trained to lead groups of patients at the Washington D.C. VA Medical Center in discussions of literary works about the Civil War, World War I, and the Vietnam War.

Summer Stipends for scholars will support research for more than ninety publications, including a book on signed music for the Deaf community, a study of ancient Mesopotamian medical knowledge and its influence on Greco-Roman scholars, a biography of congressman and civil rights leader John Lewis, and a comparative account of how Tolstoy’s works were interpreted within the Soviet Union and by émigrés who fled Russia after the 1917 revolution. Nine new NEH Fellowship Programs at Independent Research Institutions grants will fund humanities scholars at libraries, museums, and research centers such as the American Philosophical Society, the Schomburg Center for Research in Black Culture, the Center for Jewish History, and the Hagley Museum and Library.

NEH Documenting Endangered Languages grants, administered in partnership with the National Science Foundation, will fund documentation of Coeur d’Alene Salish, a Native American language of the Pacific Northwest, and Eyak, a dormant Native Alaskan language, and support an interdisciplinary project at the New York Botanical Garden to create a database and handbook of Wixárika, an endangered Uto-Aztecan language of West-Central Mexico, with a focus on the ethnobotanical knowledge embedded in the language. The full list of recent grants can be found on the NEH website.

This article is available for unedited republication, free of charge, using the following credit: “Originally published as “NEH Grants” in the Summer 2021 issue of Humanities magazine, a publication of the National Endowment for the Humanities.” Please notify us at publications@neh.gov if you are republishing it or have any questions. 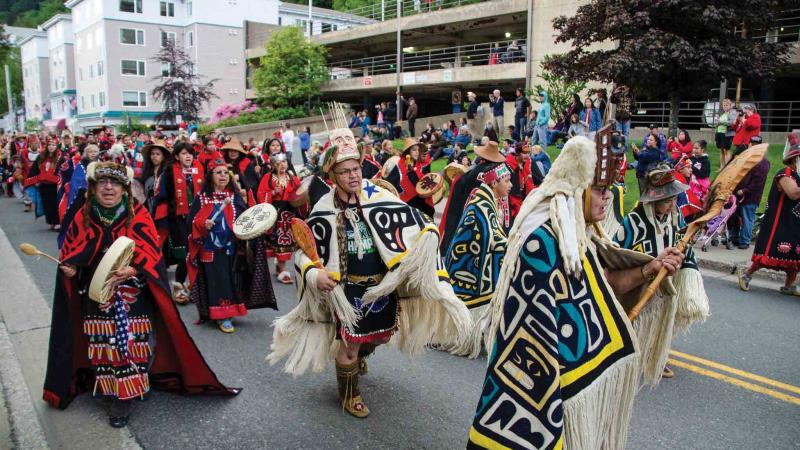 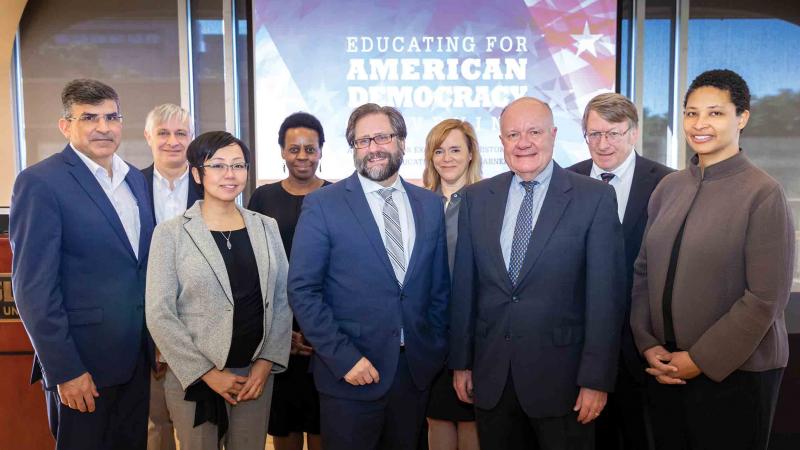 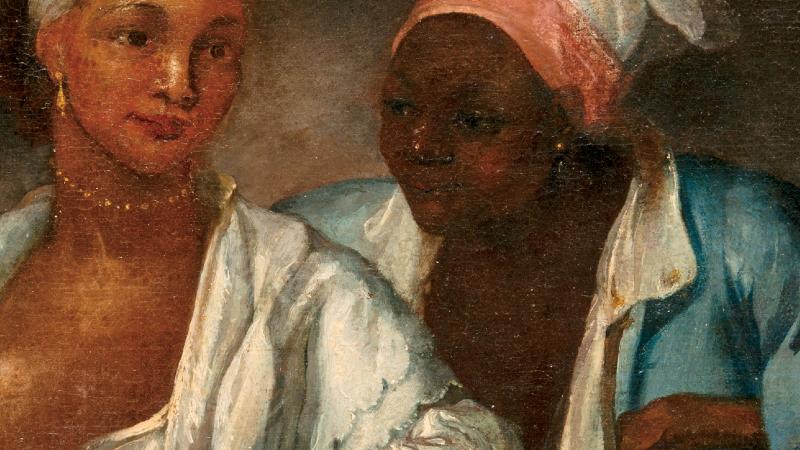