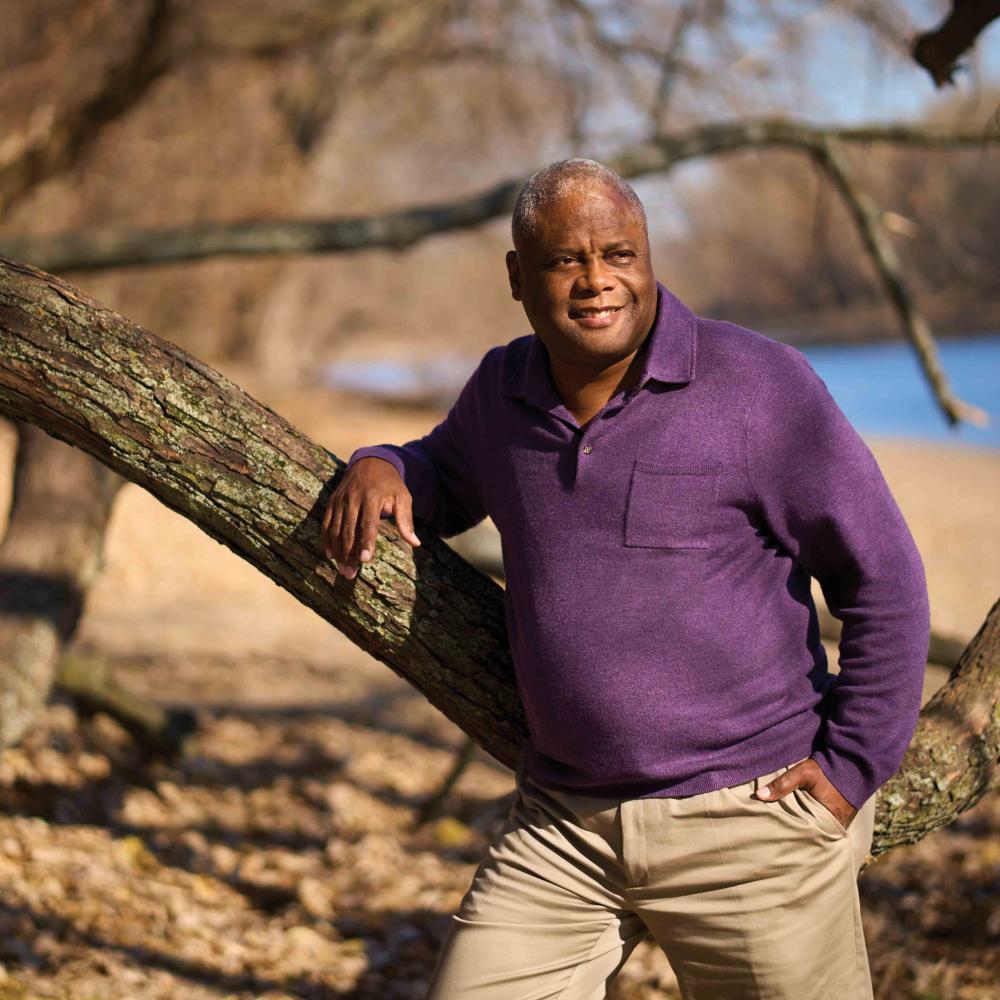 Crosby Farm Regional Park, St. Paul, Minn., near the junction of the Minnesota and Mississippi rivers, or bdote, which means in the Dakota language “where two waters come together.”

For Kevin Lindsey, who became CEO of the Minnesota Humanities Center in 2019, drawing on experiences past and present as an attorney and formerly as the state’s commissioner of human rights, justice is intimately connected with storytelling.

“I like to think that judicial decisions are nothing more than stories,” he says. “You set out a rule and tell a story, laying out facts to help people understand why they should follow the law in a certain way. And due process—that’s really about being able to tell the story of your case and say why you should receive the relief you want. At MHC we’re not in the relief-giving business like a court is, but we are in the business of amplifying voices so they can actually be heard within our democracy.”

Lindsey has put the telling of Minnesota stories—particularly stories that belong to minority communities—at the center of his understanding of the humanities. Storytelling spurs conversations across racial, ethnic, and other boundaries—conversations that can lead to community.

Under his leadership, the center has offered immersive explorations of the experiences in Minnesota of people of color, especially Black and Indigenous people. “Why Treaties Matter,” a traveling exhibition (now on permanent display in the state capitol and accessible virtually), explains Native sovereignty and the painful history of treaty relationships with the settler community, and Armed with Language comprises a film screening and a discussion on the story of Japanese-American intelligence officers who studied the Japanese language at Minnesota’s Fort Snelling during World War II, while their families were incarcerated in relocation camps. And particularly close to Lindsey’s heart was Understanding Our Duluth Lynchings, a virtual symposium on the murder of three young Black men in the city in 1920. With the help of scholars, activists, lawyers, and political leaders, the event put the lynchings in the context of other race crimes and provided participants the opportunity to consider the prospects for racial reconciliation.

Born in Omaha, Nebraska, Lindsey spent his school years near Chicago and earned a bachelor’s degree in political science at the University of Iowa. Watching African-American actor Blair Underwood portray an attorney in the TV drama L.A. Law first attracted him to the bar. He was awarded a JD in 1991.

Lindsey launched his legal career in the Twin Cities, serving as the in-house counsel and as chief operating officer of a nonprofit that supports people who are physically and intellectually challenged.

The job, though, that he considers the best preparation for his role at the humanities center was running the Minnesota Department of Human Rights. Under Lindsey, the commission intensified its investigations of discrimination in hiring. He worked on the economic rights of women and on school bullying, and he facilitated town-hall discussions on proposed constitutional amendments concerning photo IDs for voting and same-sex marriage.

At the town halls, Lindsey saw how reasoned conversation could bring people together despite sharp differences of opinion. “People had very strong feelings, pro and con, at the beginning of a meeting,” he recalls. “But often, they weren’t as far apart at the end. The passion of folks for building a stronger democracy came through. Another thing that came through was the willingness of the people of Minnesota to find out about people different races and ethnicities.”

His hiring at the Minnesota Humanities Center came as it was developing a strategic framework that shifted from its earlier vision—which he sums up as “building a thoughtful, literate society”—to one more explicitly centered on justice. “We’re still building that thoughtful, literate society,” says Lindsey. “But now we think of ourselves in terms of three C’s: curious—coming to conversations with open hearts and minds to authentically hear one another; connected—so that, as Dr. King reminds us, we see ourselves sharing a destiny; and compassionate—motivated beyond empathy toward action.”

The “three C’s” were powerfully mobilized in the How Can We Breathe? project, which followed George Floyd’s death and its aftermath. In this series of virtual, multiracial gatherings in five Minnesota cities, African Americans—mothers whose children were victims of violence, young people and elders, artists, and other community members—shared with policymakers and others their pain, hope, and strategies for making sure that Black voices are heard in Minnesota and the nation. The Center collaborated with activist Rose McGee and Sweet Potato Comfort Pie, to host the sessions and distribute sweet potato pies in St. Paul, Mankato, St. Cloud, Rochester, and Duluth.

It was a quintessential Lindsey initiative—rooted in his own background and, at the same time, reaching out to Minnesotans with curiosity, connection, compassion, and nourishment.

“Framing these conversations is so important,” he says. “We don’t have to be inflammatory, but we have to be careful not to shy away from the hard parts, so people feel like they’re being heard. It takes great fidelity, great intentionality.”

Jon Spayde is a freelance writer based in St. Paul.

This article is available for unedited republication, free of charge, using the following credit: “Originally published as “Kevin Lindsey of Minnesota Humanities Center” in the Winter 2023 issue of Humanities magazine, a publication of the National Endowment for the Humanities.” Please notify us at publications@neh.gov if you are republishing it or have any questions. 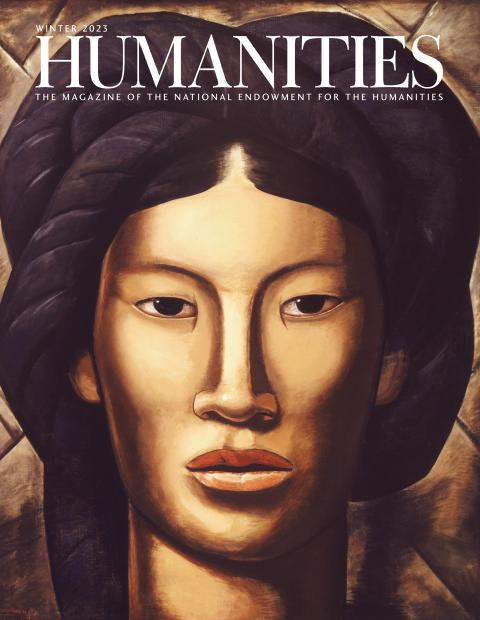 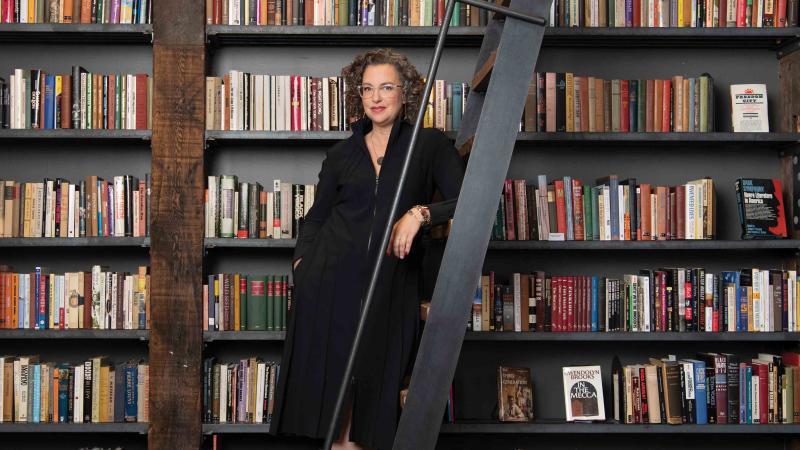 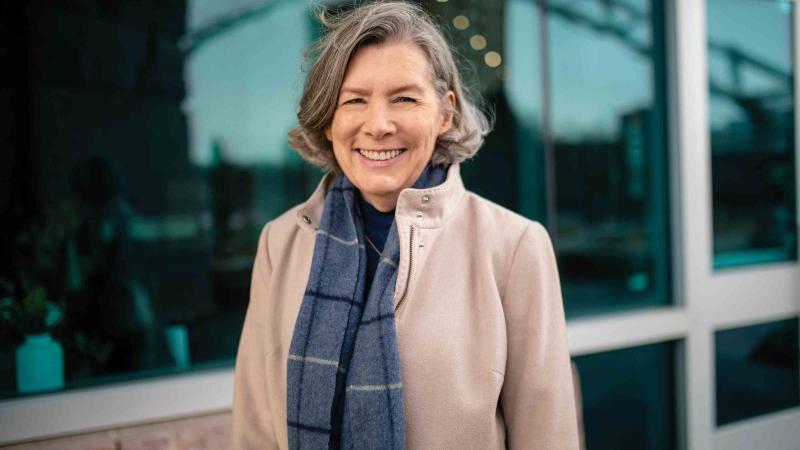 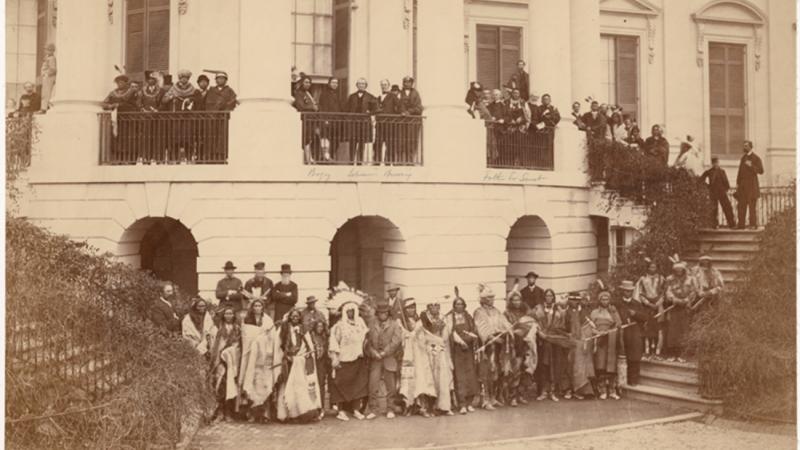 A Nation of Treaties

Minnesota examines the treaties between the United States and American Indians.