Japan Had Lofty Goals for the 1964 Paralympics 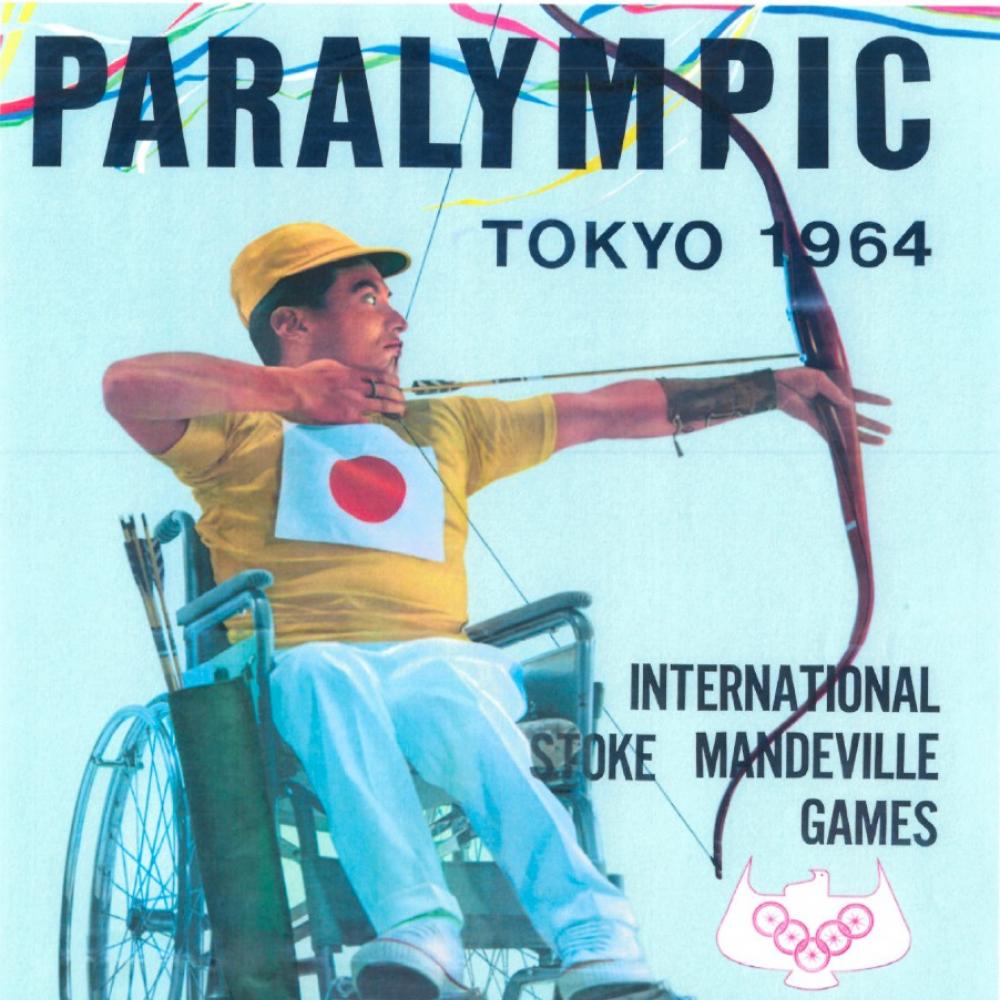 Original poster from the 1964 Tokyo Paralympics.

On August 17, 2021, just a week prior to the opening ceremony of the Tokyo Paralympics, Japan launched its largest ever delegation to the Games with 254 athletes competing across all 22 sports, aiming for a record 20 gold medals. Regardless of the final medal tally, the sheer size and diversity of this team stand as remarkable developments for disability sports in Japan, especially when compared with the country’s initial encounter with the Paralympic Movement six decades earlier.

As the first official Paralympic Games concluded in Rome in 1960, organizers turned their eyes to Tokyo as a potential host for the second Games in 1964, since Japan was slated to hold the Olympics that year. Yet it was never a forgone conclusion that the 1964 Paralympics would be held in Japan. For one thing, the Paralympic Movement itself was just over a decade old. Olympic cities were not required, or expected, to host these new international events for athletes with disabilities. Tokyo had no obligation to host the Paralympics in 1964, and countless reasons not to.

In 1960, no Japanese athletes had ever participated in previous Games, and Japan had no official representatives at the Paralympics in Rome. The sole Japanese individual who actually witnessed the Rome Games was Watanabe Hanako, a scholar of labor and welfare policies whose presence appears to have been partly accidental, as her husband was the chief of the Rome bureau for Japan’s Kyōdō News Service. On the ground in Japan, government support, institutions, and funding for promoting disability sports were essentially nonexistent. Most people had never heard of the Paralympics before, and even medical specialists tended to scorn the idea of sports for people with disabilities.

Given this context, it is remarkable that Japan decided to pursue the Paralympics at all. Dr. Nakamura Yutaka played an outsized role in making it happen—so much that he became known as the Father of the Paralympics in Japan. Like most of the Japanese organizers, Nakamura knew little about the Paralympic Movement before 1960, when he first learned about the Games during a study tour in England. In October 1961, he organized Japan’s first competitive sporting event for the disabled, in Ōita, located roughly 600 miles from Tokyo on the island of Kyushu. In early 1962, Nakamura also made the first of many whirlwind visits to Tokyo with the express purpose of selling the Games to potential supporters. By March 1962, Nakamura’s efforts, working with others behind the scenes, paid off, gaining the support of several social welfare organizations and Japan’s Health and Welfare Ministry. Later that year, Japan’s Crown Prince Akihito publicly expressed his hopes that the Paralympics would be held in Tokyo two years later. 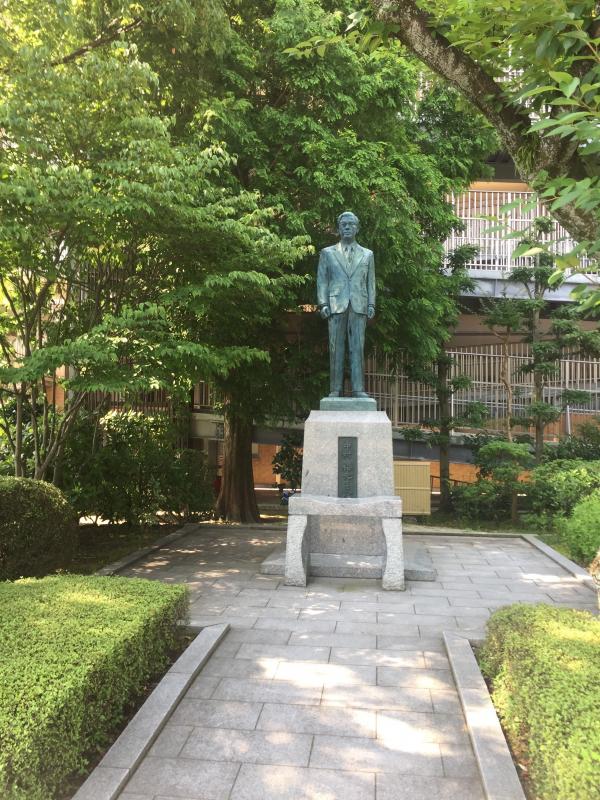 Despite such noteworthy support, the Tokyo Paralympics were still far from a sure thing. The deadline was daunting. The official organizing committee was not established until early 1963, and many pieces fell into place at the last possible minute. Organizers, for example, gained access finally to the Olympic Village on November 1, 1964, which left fewer than five days and nights to construct ramps and modify bedrooms, bathrooms, and other facilities to make them wheelchair accessible before athletes were scheduled to arrive on November 5, 1964.

In the end, thanks especially to the sometimes frantic efforts of an army of volunteers, organizers in Japan succeeded in bringing the 1964 Paralympics to Tokyo, welcoming more than 350 athletes from 22 countries. Despite the lack of familiarity beforehand, the Games attracted thousands of Japanese spectators and widespread media attention in Japan, including front-page newspaper articles, live television coverage, and multiple documentary films.

Japan became the first country outside Europe to host the Paralympics. As it turned out, Tokyo would also be the last host city to welcome both the Olympics and Paralympics until the 1988 Seoul Games. For 20 years after 1964, Olympic cities, including those in the United States and Europe, repeatedly rejected requests to hold both sets of Games, often claiming a lack of preparation to accommodate athletes using wheelchairs. Now in 2021, Tokyo has achieved another milestone, becoming the first city in the world to host the Paralympics twice.

The factors motivating Japan’s early, and in some ways unlikely, embrace of the Paralympic Movement in the 1960s were multifaceted and complex. What many of them shared was a sense that the Paralympics were more than just a sporting event. In contrast to the elite-level, medal-centric Games of today, those in 1964 intentionally de-emphasized competition and medal counts. As one Japanese promotional pamphlet for the Games put it, “For the Paralympics the goal wasn’t about winning competitions.” So what were these Games about if not victory?

For many supporters of Tokyo’s 1964 Games, especially those in political circles, the motive was international goodwill. Voluntarily agreeing to host a relatively new international event previously held only in Europe was the perfect way for Japan to demonstrate commitments to peace and global reengagement in the aftermath of World War II. The Paralympics’ emphasis on serving those with disabilities made them all the more appealing since they were seen as particularly “humane.”

There was also a practical aspect to the Games for many of the organizers, most of whom were nondisabled men who shared medical or social-welfare backgrounds. They saw the Paralympics as a chance to reform Japan’s approach to disability. At the time, the country was certainly not known for progressive treatment of people with disabilities, and many, especially those with higher levels of impairment, spent their lives at home or in rehabilitation facilities. Japanese organizers often claimed, perhaps hyperbolically, that Japan was ten years behind other countries. Planners hoped the Paralympics would not only expose these gaps by showing the differences between Japanese and foreign athletes, but also prominently highlight a solution: The adoption of sports as a critical element of new, superior rehabilitation techniques from abroad. For Paralympic promoters, sports were an essential element to integrate those with disabilities into society and work.

Japanese Paralympians in 1964 looked to these Games as a way to show people at home that they were more than patients who had to be stuck in hospitals. In fact, because of Japan’s lack of disability sports institutions, most of the Japanese Paralympians in 1964 were patients coming from hospitals or rehabilitation centers, and many had only taken up sports in earnest in the years or months just prior to the Games. Suzaki Katsumi, a member of Japan’s team, had so little exposure to sports before the Games that he was surprised by how cold the water was at the Paralympic swimming competitions—a stark contrast with the highly trained, elite swimmers we see now. But perhaps even more than today’s Games, the 1964 Paralympics provided athletes like Suzaki with unique opportunities to connect with individuals from abroad and learn how their societies addressed disability, exchanges that were meant to help spark changes in Japan.

If organizers and supporters had goals in mind for the 1964 Paralympics, it is hard to imagine that they could have foreseen the long-term impacts of these Games. At the most basic level, these Paralympics brought Japan into the still emerging movement promoting sports for people with disabilities. In the years since 1964, Japan has repeatedly demonstrated a wholehearted commitment to this community both at home and abroad. By sparking the creation of domestic institutions and sports events, the 1964 Games proved foundational for disability sports in Japan. Organizers like Nakamura would go on to become lifelong Paralympic advocates, shaping the movement in Japan and beyond. Nakamura himself played a critical role in launching two new international sports events: The Far East and South Pacific Games for the Disabled, which ran from 1975 to 2006, and the Ōita International Wheelchair Marathon, which has been held every year since 1981.

Beyond the realm of sports, the Paralympics succeeded in raising awareness about the status and needs of Japan’s largely overlooked disabled population. At the individual level, Japanese athletes like Suzaki credited their experiences and interactions at the event with helping them imagine new futures for themselves and others with disabilities. As organizers had hoped, the 1964 Paralympics also sparked changes in rehabilitation practices in Japan, with new programs offering combinations of treatment, sports, and job training.

As significant as these developments were, these early Paralympic Games did not—and arguably could not—resolve the lingering inequalities associated with disability in Japan. Tokyo, after the Games, remained far from barrier-free, and discriminatory attitudes and actions in Japanese society persisted as well. Therein lies a key lesson from the 1964 Paralympics with perhaps particular relevance today as Tokyo hosts its second Paralympics.

Tokyo’s 2021 Games are larger, more elite, and far more victory-oriented than their predecessor. Yet they are still aiming for something more than medals. The governor of Tokyo, Koike Yuriko, declared that “Preparing for the Paralympics is preparing for Tokyo’s aging population.  . . . We take the Paralympics as an opportunity to prepare for these coming challenges and how to make the city fully accessible to people with disabilities or other special needs.” Whether Tokyo succeeds at achieving these lofty goals remains to be seen. It is the people in any given society who ultimately decide how to respond to an event such as the Paralympics and take away lessons. It takes determined work for people to organize an event in the hopes of making changes and even more work to make those changes stick. So far, Japan’s history of engagement with the Paralympics suggests that people in Japan are up for the challenge.

Dennis J. Frost is the Wen Chao Chen Professor of East Asian Social Sciences at Kalamazoo College in Kalamazoo, Michigan. His publications include Seeing Stars: Sports Celebrity, Identity, and Body Culture in Modern Japan and More Than Medals: A History of the Paralympics and Disability Sports in Postwar Japan.

Dennis Frost has received two research grants from NEH for work on his book More than Medals: A History of Paralympics and Disability Sports in Postwar Japan, which was published by Cornell University Press in January 2021.

This article is available for unedited republication, free of charge, using the following credit: “Originally published as “Japan Had Lofty Goals for the 1964 Paralympics” on August 28, 2021,  in Humanities magazine, a publication of the National Endowment for the Humanities.” Please notify us at @email if you are republishing it or have any questions. 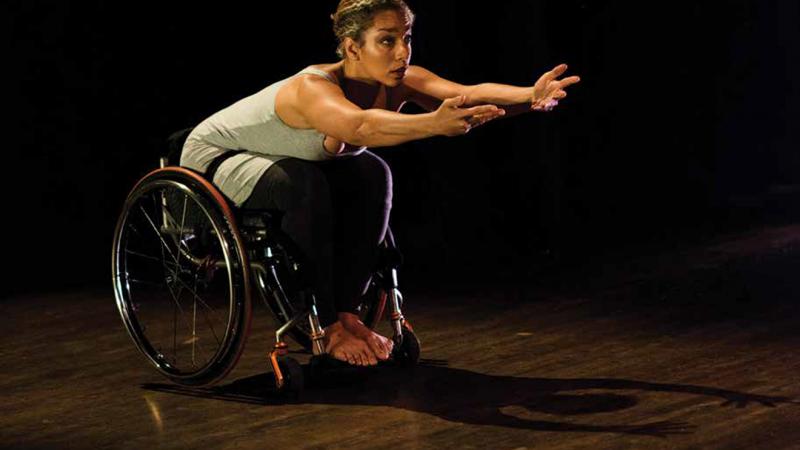 Sara Hendren knows that one size does not fit all 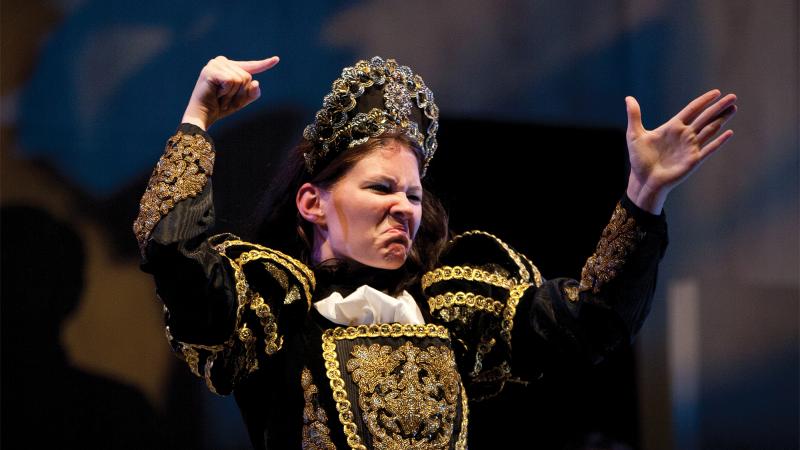 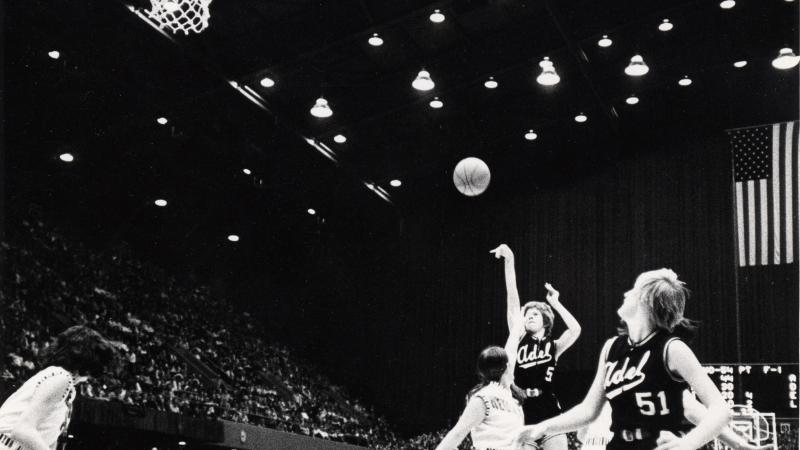