How the Civil War Began in the American Southwest 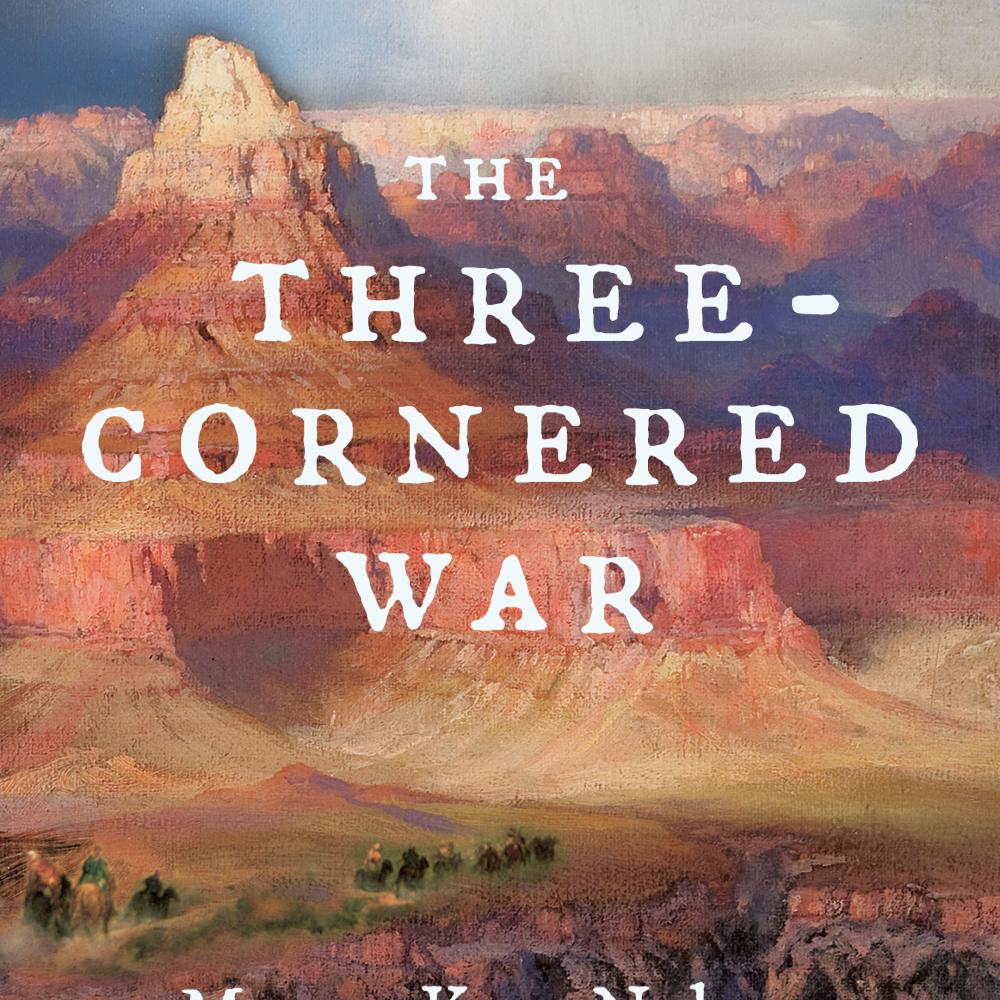 —Book cover from The Three-Cornered War by Megan Kate Nelson, with permission of Scribner, an imprint of Simon & Schuster, Inc.

When Texas seceded from the Union in February 1861 and the Civil War began in earnest two months later, John Baylor had not thought he would end up in the deserts of southern New Mexico.

He had first volunteered for the Confederate Army in May, hoping to defend Texas from invasion or to take the fight to the Yankees in Virginia. He had come to Texas from Kentucky as a teenager, part of a flood of migrants who poured into the newly established republic after it secured independence from Mexico in 1836. His family had been lured by its rich, loamy bottomlands, the promise of booming cotton crops, and the right to own slaves. By the 1850s Baylor and his wife, Emy, were living near the south-central town of LaGrange, with some acreage in crops and a growing herd of cattle.

Baylor liked the work, but he was a man on the make, always interested in new ways to make money and to gain the respect of his peers. In 1851, he ran for the Texas legislature and was easily elected. He also began to read the law and was admitted to the state bar in 1853. He was proud of all he had achieved and saw his success as part of a family effort.

“Them Baylors,” he wrote to his sister Fanny in 1857, “may they never cease to have good luck until the poorest among them is worth millions.”

Baylor saw his service in the Confederate Army as another opportunity to make his mark. He was ecstatic about his appointment as lieutenant colonel of the 2nd Texas Mounted Rifles, and about their orders to secure the Union’s abandoned military installations in West Texas. In June 1861, Baylor and his men had traveled quickly along the San Antonio–El Paso Road. Whenever they arrived at a fort, they left a company of soldiers behind to defend it before moving on. This process, along with a high rate of desertion, left Baylor with only about 350 soldiers when he finally arrived at Fort Bliss, on the far western edge of Texas, on July 5.

According to his orders, Baylor was supposed to stay at Fort Bliss. But after he had rested his men for two weeks, the Texans received word that a detachment of Union troops had left Albuquerque and was moving south along the Rio Grande. Baylor was alarmed. It looked like the Yankees were planning to invade Texas, and his men were the only force positioned to defend it. He pondered his options. The road from San Antonio was not yet strung with telegraph wires, and he did not have time to send a letter to headquarters asking for orders. He did not know that at that moment, a dispatch was already on its way to Fort Bliss, instructing Baylor to make no attempt to move into New Mexico Territory until a senior officer arrived to take command. By the time that letter reached Fort Bliss, Baylor had already crossed the border. He had decided that moving forward was better than standing still. He would take responsibility for whatever resulted.

Riding quietly though the desert on the night of July 24, 1861, John Baylor and three hundred men approached Fort Fillmore, the Union’s southernmost military installation in New Mexico Territory. The fort was full of medicine, weapons, and food that Baylor and the 2nd Texas would need for the invasion of the Territory. The plan was to surround the fort and then attack as the sun rose over the jagged peaks of the Organ Mountains. They crept close to the fort in the early-morning darkness, but then Baylor heard Fillmore’s buglers begin to play the long roll, summoning the Union soldiers within to take up their arms. He found out later that a deserter from his ranks had slipped away to warn the federals, and so the 2nd Texas had lost the advantage of surprise. Disgruntled, Baylor abandoned his original plan and ordered his men to march toward the small trading town of Mesilla.

A few miles north of Fort Fillmore, Mesilla was at the crossroads of the Southwest’s two most well-trafficked thoroughfares: El Camino Real de Tierra Adentro (“the Royal Road of the Interior Lands”), moving people north and south between Mexico and Santa Fe along the Rio Grande, and the Butterfield overland mail route, an east-west road linking Missouri and Los Angeles. Mesilla was also the gateway to the region’s silver, gold, and copper mines. Some had been worked for years by Hispano miners, while others, deep in Chiricahua Apache country had just been discovered by Anglos. If John Baylor could occupy Mesilla, the Confederates could control access to these mines, as well as traffic in and out of southern New Mexico.

As the 2nd Texas rode northward, they passed lush fields of corn and wheat, a pleasing sight to soldiers who had spent the past month traveling through the dusty brown tablelands of western Texas. On the outskirts of Mesilla, the regiment turned onto the town’s main road, guiding their horses around deep holes dug out by Hispano artisans to make adobe bricks. News of their arrival spread ahead of them, and by the time the Texans reached Mesilla’s central plaza, a crowd had gathered. The Confederates halted.

“Viva!” someone shouted. And then a chorus: “Hurrah!”

The 2nd Texas dismounted, pleased with all of the “manifestations of joy” that greeted them on the streets of Mesilla. Although the New Mexico legislature had declared for the Union, most of Mesilla’s Anglo residents had come from the states of the Confederacy, looking for their fortunes in the mines and finding other opportunities in frontier businesses. In November 1860, a handful of these citizens had held a mock election in the town plaza, voting overwhelmingly for Kentucky’s John C. Breckinridge rather than the Republican Abraham Lincoln or the northern Democrat Stephen Douglas. After the secession of Texas, Anglo miners, teamsters, and businessmen from southern New Mexico issued their own proclamation of secession. They wanted to create a newly independent territory they called “Arizona,” with Mesilla as its capital. The area was already so decidedly pro-Confederate by the time Baylor arrived that, as one Unionist reported, “this country is now as much in the possession of the enemy as Charleston is.”

While the officers of the 2nd Texas sought out lodging and supplies for their men, John Baylor looked for a good place to establish his headquarters. In the center of Mesilla plaza, the U.S. flag came down and the Confederate flag went up. The crowd cheered again.

When he occupied Mesilla on July 25, 1861, John Baylor became the first Confederate to lead a successful invasion of Union territory in the Civil War. He did not have time to revel in this distinction, however. Rising dust clouds to the east told him that Union soldiers from Fort Fillmore were on the move. Baylor figured that even if the Texans were outnumbered, they had the advantage of a defensive position. He ordered most of the 2nd Texas to leave their horses and move on foot to the southern edge of town. He placed some of them along the road, others on the flat roofs of surrounding adobe houses, and the rest in corrals and cornfields. Then they waited.

In the late afternoon, two riders came into view, carrying a flag of truce. Baylor sent two of his most trusted officers to meet them, and soon they came galloping back.

“Major [Isaac] Lynde of the Union Army,” they informed him, “demands the unconditional and immediate surrender of the Texan forces.”

Baylor knew that his position was too strong to give in to such a demand.

“Tell Lynde,” he said to his officers, “that if he wants the town he must come and take it.” Turning to the soldiers gathered around him on the road, he added, “We will fight first, and surrender afterward.”

Lynde’s couriers disappeared down the road. Within a matter of minutes, two cannon shots hurtled toward Baylor’s line. One exploded on the roof of a building and another struck a tree, sending limbs and shards of bark flying. Then the Texans turned to see a regiment of Union cavalry pounding down the road toward them. Baylor waited until the federals were in range of his men’s shotguns and pistols before giving the order to fire. The bullets ripped through the Union ranks, and in the ensuing chaos the Yankees wheeled their horses and rode back toward their own lines.

Baylor’s men fired at the retreating soldiers and then waited for another charge. It did not come. The scouts Baylor sent out reported that Lynde had taken his soldiers and artillery back to Fort Fillmore. Should the Texans follow? Baylor considered it, but then decided that the Union retreat might be a trap. Better to return to Mesilla and prepare for a Union assault, which he was sure would come the next day. When the Confederates marched back to the plaza, the townspeople once again emerged from their houses and stores to cheer them. As his men celebrated throughout the night, Baylor reviewed the events of the day with satisfaction. The Battle of Mesilla was not long, nor was it costly. But the Texans had won. The Confederate conquest of the West had begun.

Megan Kate Nelson is a writer and historian. She has written about the Civil War, U.S. Western history, and American culture for the New York Times, Washington Post, Smithsonian magazine, Preservation magazine, and Civil War Monitor. Nelson is the author of Ruin Nation and Trembling Earth. 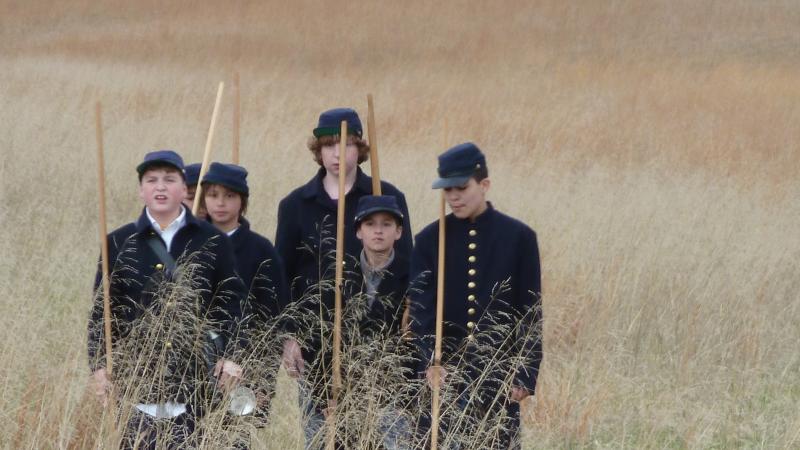