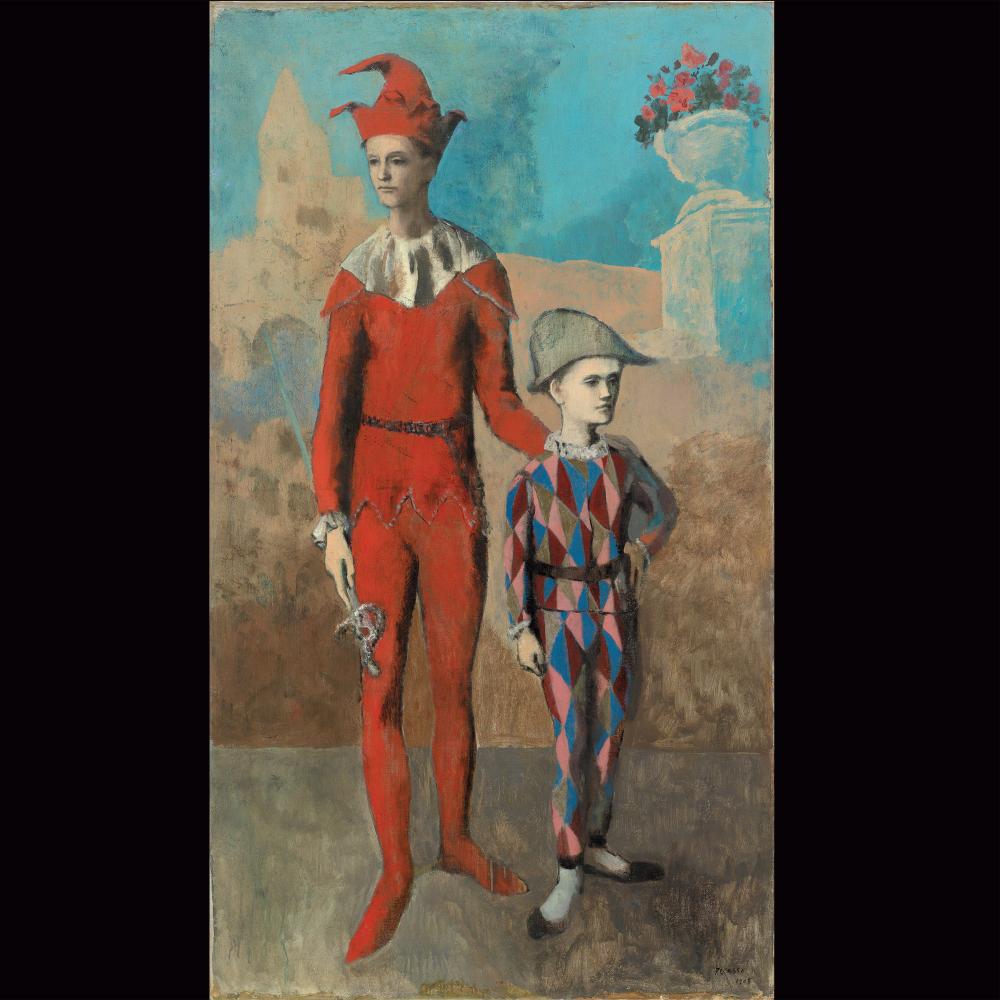 Long after the circus closed for the night, Pablo Picasso would tarry to converse with saltimbanques, itinerant circus performers in the tradition of Italian commedia dell’arte.

In Paris’s Montmartre, he frequented the nearby Cirque Medrano three or four times a week, thrilled by performers like those pictured here in Acrobat and Young Harlequin, a painting that is part of the Barnes Collection, in Philadelphia. (In 2004, NEH awarded a grant to support the processing of the archives and papers of Albert Barnes.) The shorter of the two figures, held close by a brotherly hand, is the harlequin, a stock servant character marked by patterned diamonds. The pair gaze out at the audience listlessly, fading into the same plane as the dimensionless backdrop behind them. They seem almost cornered by the applause.

The 1905 painting represents a transitional period, marked by the color blue—though lighter than the melancholy hues of Picasso’s aptly named Blue Period—coupled with the streaks of mauve and pops of color that distinguish his Rose Period.

There is ambiguity in Acrobat and Young Harlequin, too. The pair’s downcast eyes clash with their attire, and the scenery’s flatness tints the whole world with a sense of strangeness, even unreality. The French avant-garde, Picasso among them, felt a kinship with these misunderstood creatives: so devoted to their craft as to be almost invisible.

Before cubism, before Guernica, Acrobat and Young Harlequinsignals toward modern art and maybe even modern life. Clarity is blurred and real truths are hard to find, but the saltimbanques can find a purpose—though unglamorous and merely personal—in their art. And if the applause won’t bring the flicker of a smile to their lips, perhaps a love for performance will, long after the stage lights go out.

Matthew Phillips was an intern at NEH in summer 2020 and is a junior at Georgetown University.

This article is available for unedited republication, free of charge, using the following credit: “Originally published as “Ambiguity Colored Picasso's Take on the Circus” in the Fall 2020 issue of Humanities magazine, a publication of the National Endowment for the Humanities.” Please notify us at @email if you are republishing it or have any questions. 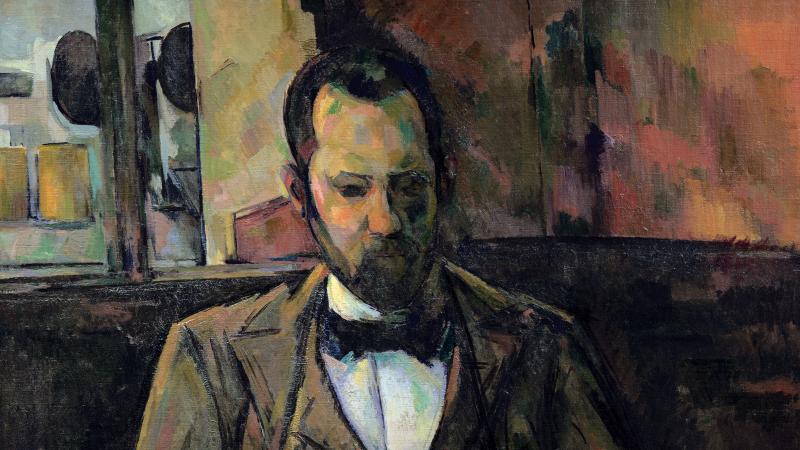 Always the student, even the famous Cézanne went back to the basics.