Watch a video recording of:

In partnership with The U.S. Embassy in Buenos Aires, The Embassy of Argentina in Washington, D.C., The Ibero-American Cultural Attachés Association

JOIN US FOR A VIRTUAL EVENT

Ambassador of Argentina to the United States His Excellency Jorge Argüello

Astor Piazzolla (1921–1992) was one of Argentina’s most influential musicians and composers. By infusing the tango with musical elements and attitudes drawn from European classical music and from jazz, he invented a new genre: the Nuevo Tango or New Tango.

In honor of Piazzolla’s 100th birthday, this event will explore the complex and powerful relationship between jazz and Piazzolla’s New Tango. Panelists will discuss the origins of Piazzolla’s tango revolution; the enduring, transnational significance of his music; as well as the present state and future prospects of the musical partnership between tango and jazz.

This virtual event will be simultaneously interpreted into Spanish and American Sign Language. 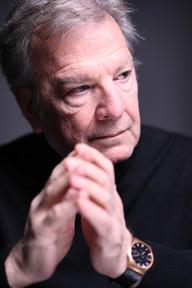 For decades, the Buenos Aires-born, Grammy-winning pianist, composer, and arranger Pablo Ziegler has been one of the most important figures in Argentine New Tango, the vibrant musical hybrid of traditional tango, American jazz, and European art music. After performing in tango grand-maestro Astor Piazzolla’s legendary quintet for over a decade and appearing on iconic Piazzolla recordings including Tango: Zero Hour, La Camorra, and Central Park Concert, Ziegler has led his own groups for over 25 years, refining and reimagining the bounds of the modern tango tradition. Recent seasons have seen him at Carnegie Hall, Vienna Konzerthaus, Muziekgebouw, and Bozar, among others. 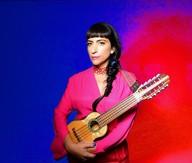 Argentine vocalist, composer, and producer Sofia Rei combines in her music stylistic codes drawn from multiple sources, ranging from South American folkloric styles to jazz, pop, new classical music, and electronic sounds. She started her professional career as a member of the Colón Theater Children’s Choir at age nine. Rei attended the National Conservatory of Music (Buenos Aires) and got her master’s degree at the New England Conservatory (Boston). She has collaborated with artists such as John Zorn, Maria Schneider, Marc Ribot, Bobby McFerrin, Pedrito Martinez, Mike Patton, Susana Baca, and Guillermo Klein, and thrilled audiences at the most prestigious venues in the U.S. and around the world. She’s released five internationally acclaimed albums under her name and received a Grammy nomination and four Independent Music Awards.  Her music has been praised and featured by the New York Times, DownBeat, NPR, Songlines, and many other publications. She is currently a professor at NYU’s Clive Davis Institute of Recorded Music, where she’s helping students navigate the confluence of contemporary music, technology, and business.

Matthew B. Karush is professor of history and chair of the History and Art History Department at George Mason University as well as editor-in-chief of the Journal of Social History. He is an expert in the history of modern Argentina and the author of, among other works, Musicians in Transit: Argentina and the Globalization of Popular Music.

This event is sponsored by the National Endowment for the Humanities in partnership with The U.S. Embassy in Buenos Aires and The Embassy of Argentina in Washington, D.C., and The Ibero-American Cultural Attachés Association.