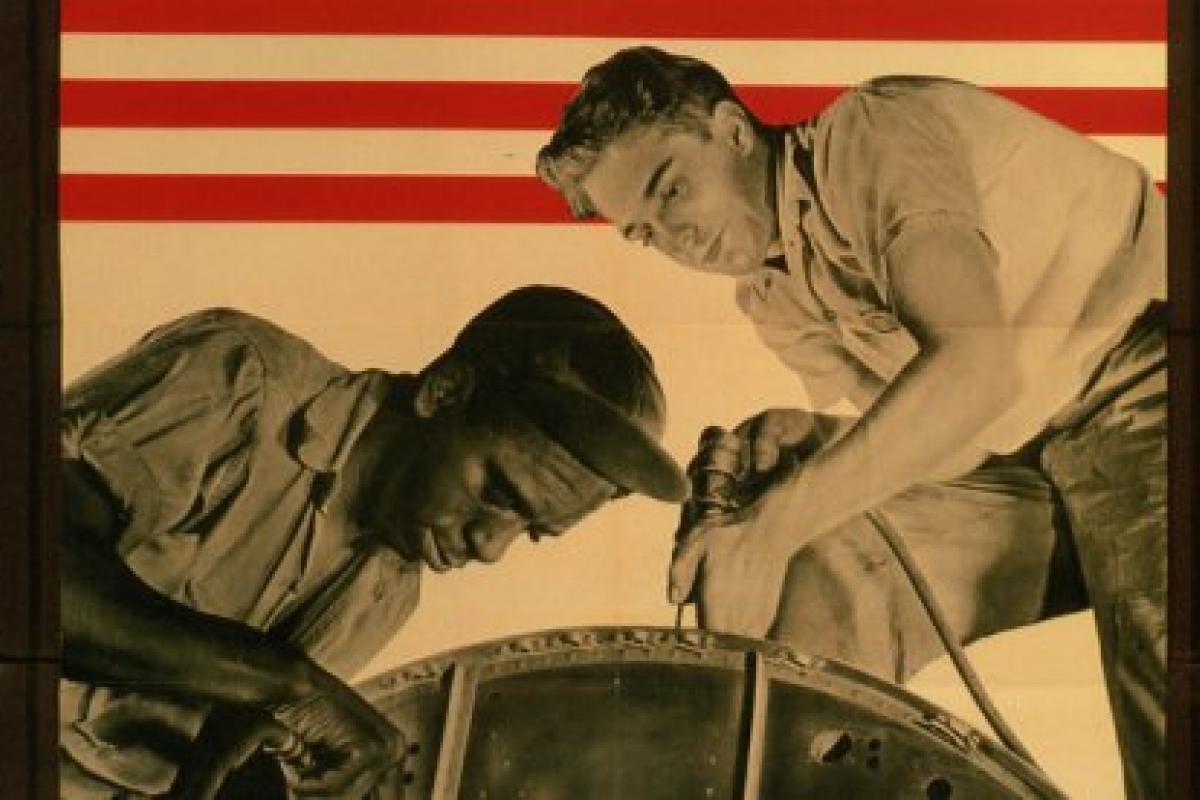 The Office of War Information sponsored this 1943 poster, which shows factory workers at an integrated aircraft plant during World War II.

When the Japanese attacked Pearl Harbor on Dec. 7, 1941, African-American sailor Dorie Miller one of the first Americans to fire back.  It took pressure from the  NAACP, but Admiral Chester W.  Nimitz eventually presented Miller with a Navy Cross for his quick battlefield response, and soon all service branches of the Armed Forces began to accept black recruits, albeit for segregated service.

As in WWI, the all-black 92nd and 93rd US Army Divisions were sent to fight overseas, seeing battle in Italy and the South Pacific respectively. The Army Air Force opened a flight school at the Tuskegee Institute to train black pilots and airmen; from this school came the famed Tuskeegee Airmen, who served with distinction in combat missions over Italy, Normandy, the Rhineland, and Berlin. It would take until three years after the end of the war, however, for the US military to finally desegregate and fully integrate its black soldiers into the ranks.

At home, the great migration of African-Americans from the South to northern cities continued, with industries hiring thousands of black workers to keep up with war production demands. This employment boost increased even more once President Roosevelt issued Executive Order 8802, forbidding defense contractors from practicing racial discrimination and establishing the Fair Employment Practices Committee to monitor compliance. Nonetheless, despite definite advances afforded by the vast national war effort, a race riot in Detroit, persistent discrimination, and residential living disparities, those seeking reform faced new challenges.  Find out how African-Americans made gains at home and fought with honor abroad during the costliest war in human history on EDSITEment, the National Endowment for the Humanities' educational website.