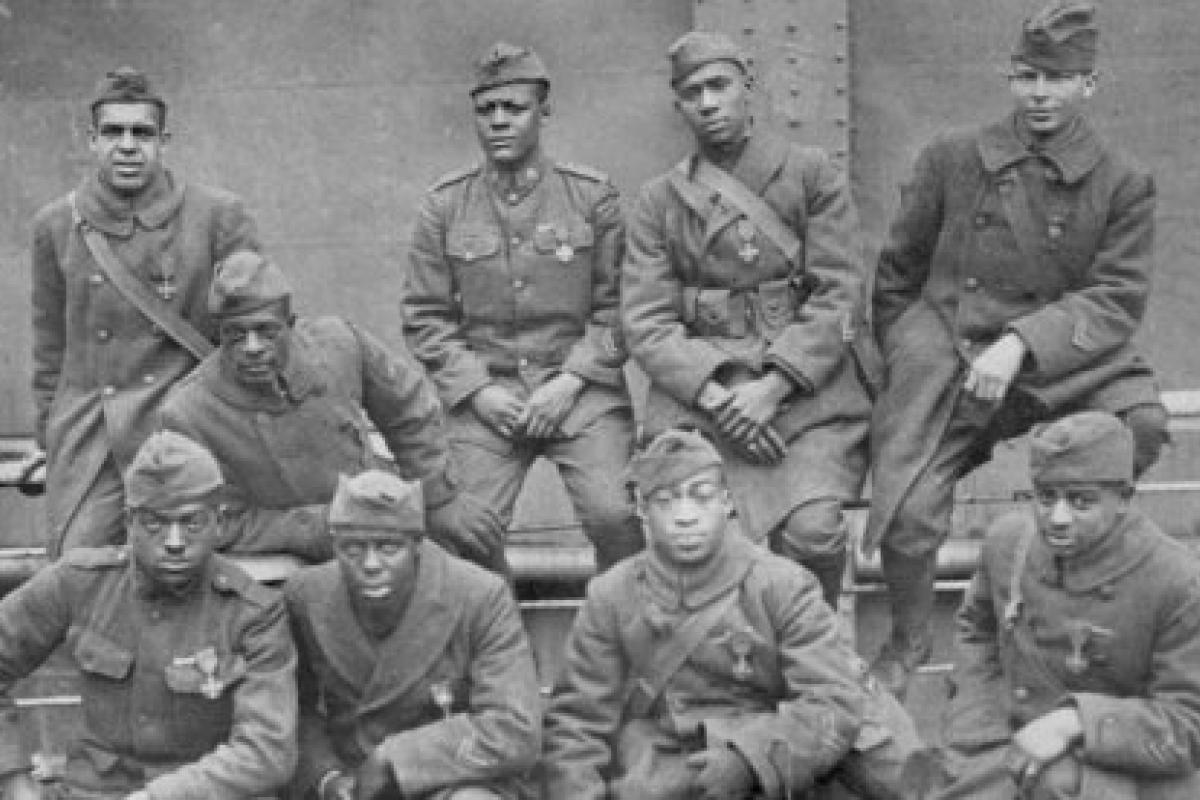 Once the United States became embroiled in the First World War, African-Americans faced difficult questions regarding the obligation to serve abroad while rights were still denied at home.

After years of watching bloody conflict between the Allies and Central Powers, the United States finally became involved in the Great War in 1917. The country rapidly began mobilizing for battle within weeks of declaring war on Imperial Germany, Austria-Hungary and the Ottoman Empire, and a national campaign to draft servicemen was initiated with the passage of the Selective Service Act. And, like in the wars that had come before, there were difficulties with white American military leaders accepting black Americans as equal fighters, as well as tensions within the black community as to what African-Americans owed to the nation considering the entrenched segregation and discrimination blacks faced domestically.

African-American leaders and activists soon made clear that blacks must serve in the military, and do so promptly and proudly. W. E. B. Du Bois himself wrote in The Crisis: “The Crisis says, first your Country, then your Rights!” Du Bois and others believed that black soldiers fighting at their best would show equality of devotion to the nation and equality of ability to whites, with fruit to bear domestically upon the end of the war. Regarding the first factor, however, many of the almost 400,000 African-American men who were registered and inducted into military service were denied the opportunity to fight, with many units relegated to rear guard and construction details.

The all-black 92nd and the 93rd US Army Divisions, however, were exceptions to the policy of General Pershing and other military leaders to deny African-Americans front-line combat service, with the 92ndseeing action in the Meuse-Argonne Offensive under American leadership and the 93rd, uniquely, being assigned to fight alongside and under French forces at the Battles of the Aisne, the Marne, and in the French pushback against the final German offensive of 1918. Soldiers in both divisions earned numerous commendations for their commitment and bravery, and were particularly appreciated by the French, who issued their Croix de Guerre awards to hundreds of soldiers in regiments known as “The Harlem Hellfighters” and the famed “Buffalo Soldiers.” Witness more of these men’s bravery and dedication to service in “The War to End All Wars” at Edsitement, the National Endowment for the Humanities' educational website.