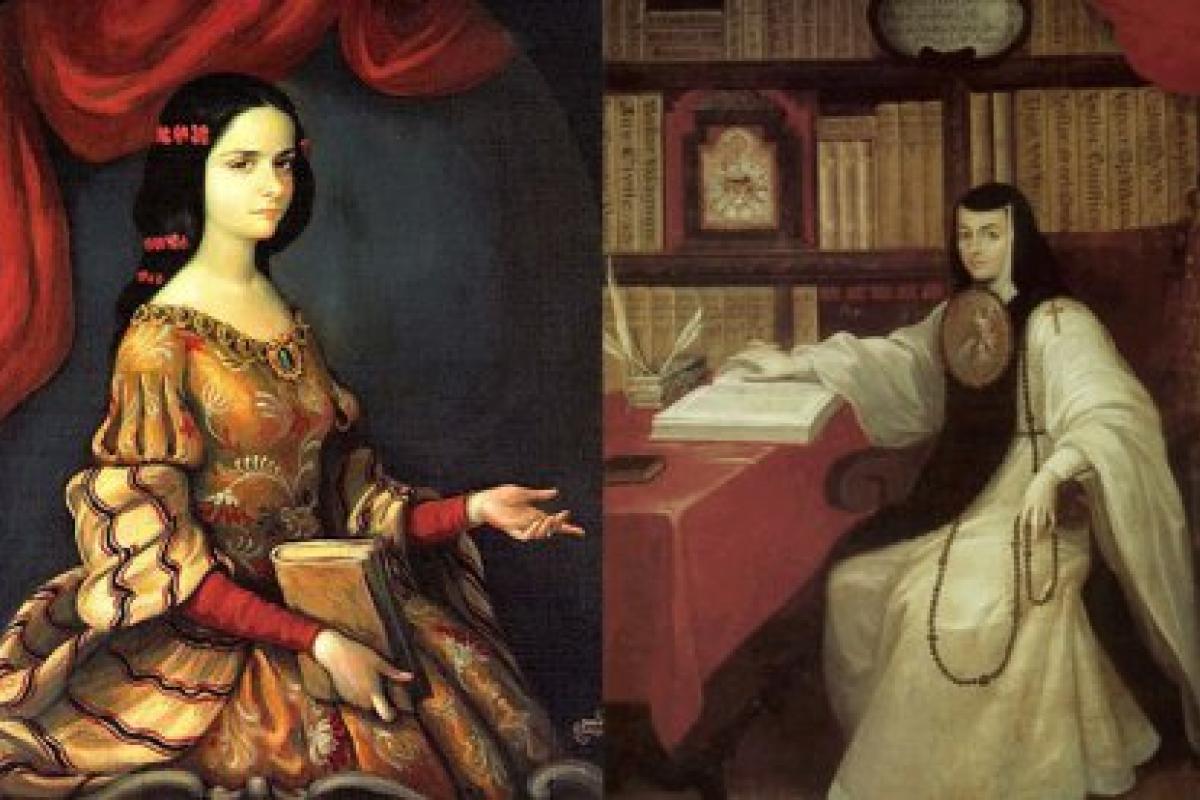 Sor Juana Inés de la Cruz in 1666 as a lady-in-waiting for the Viceregal Court and as a member of the Order of San Jerónimo.

The first great poet of Latin America was female, a nun, and a champion of the rights of women.

She was born near Mexico City in what was then called New Spain. With no opportunity for formal education, she nonetheless learned Greek and Latin, science, logic, and literature, and began writing poetry at an early age. When she was 16, she was sent to Mexico City. There she was befriended by the Viceroy's wife, began to develop a reputation as a thinker and writer, and became a popular figure in the vice-royal court. At 19, she joined the convent, where she was able to pursue the life of the mind in a socially acceptable setting.

Her feminist views were, of course, radical at the time, and she defended her beliefs in a famous 1691 letter, arguing that women had the right to be educated, and accusing men of being the cause of the very ills they blamed on women.

Her spirited independence showed up in other ways as well. In one passage, she explains why she cut off her hair. (The original Spanish is followed by an English translation.)

It turned out that the hair grew quickly and I learned slowly. As a result, I cut off the hair in punishment for my head’s ignorance, for it didn’t seem right to me that a head so naked of knowledge should be dressed up with hair, for knowledge is a more desirable adornment.”

-- from The Reply to the Very Illustrious Sor Philotea de la Cruz, written in 1691

Her views earned her the condemnation of the Archibishop of Mexico, and she is thought to have ceased writing thereafter.

Sor Juana Inés de la Cruz wrote following the complex style of the Spanish Golden Age masters, particularly Luis de Góngora y Argote, and produced some of the most beautiful sonnets in the Spanish language, while excelling also as a dramatist. Selections from her work are available on the EDSITEment website.