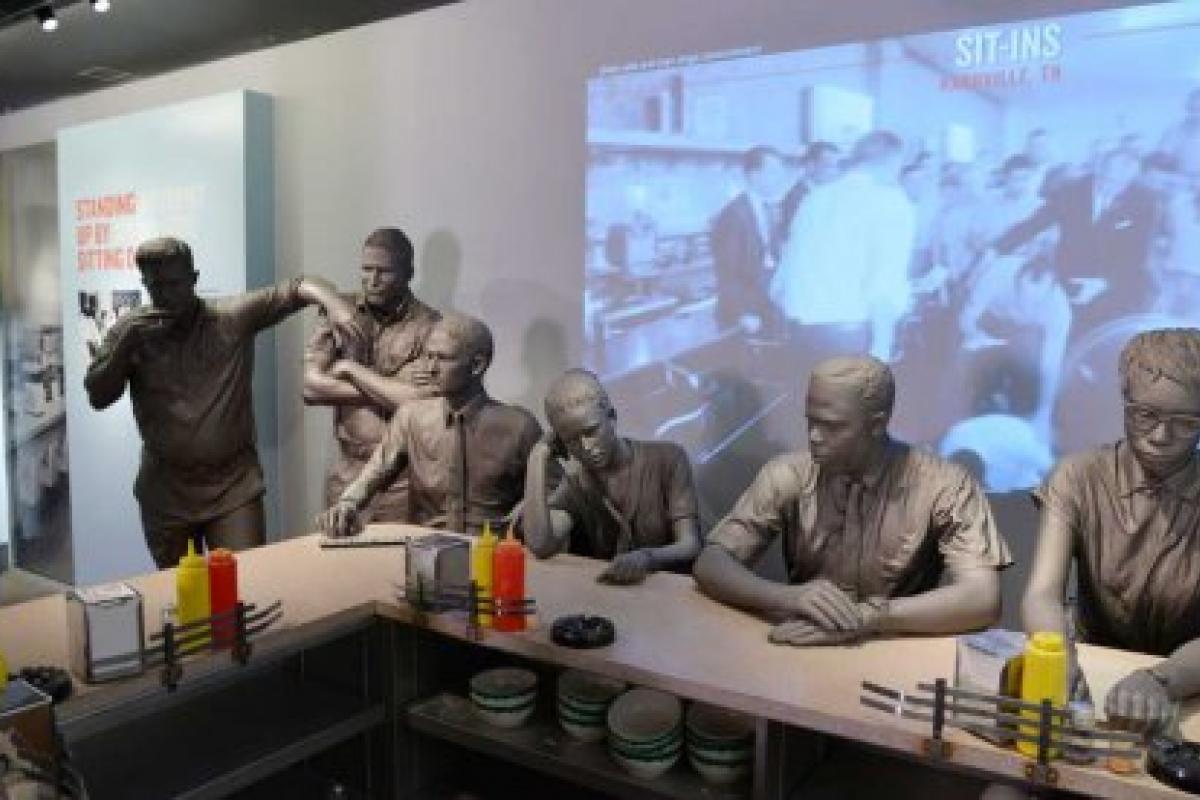 On a crisp, cool spring day, hundreds crowded in front of the Lorraine Motel in downtown Memphis, Tenn., to hear politicians and activists herald the grand reopening of the National Civil Rights Museum.

The cause for celebration was the $28 million renovation of the museum first opened in September 1991, on the site of Dr. Martin Luther King Jr.’s murder in 1968.

While many were responsible for raising the capital towards the total goal of a $40 million endowment launched in 2008, longtime museum president Beverly Robertson on this day singled out the National Endowment for the Humanities and its commitment to the cause of civil rights education in America.

An NEH Challenge Grant awarded in 2010 for $750,000, was meant to build long-term endowments. Such grants are intended to support the continued strength of humanities institutions by encouraging fundraising for permanent endowments and capital improvements. The grants also stimulate non-federal giving by requiring a three-to-one match.

A $352,000, grant for the period of 2009 to 2014 was awarded for the renovation of the Lorraine Motel Permanent Exhibits. The official description states it was “ . . .  for the implementation of a new 14,500 square foot permanent exhibition for the history of African American efforts to gain freedom and equality, and the interpretation of the Lorraine Motel historic site at the National Civil Rights Museum.”

“One of the really distinctive things about our review process is that proposals are peer reviewed,” said Karen Mittelman, Director of Public Programs for the NEH, regarding how such grant projects are decided upon. “We convene review panels of experts in the field, so it would have been museum curators and directors, and civil rights scholars that reviewed this and they tell us that it’s worthy of support. I will say that the NEH panel that reviewed the proposal for the new exhibits … gave the project the highest possible ratings, excellent across the board, and that’s very unusual.”

The new exhibits include more than 40 new films, oral histories, and provide increased interactive options for museum goers, bringing the story of struggle and the fight for human rights into the 21stcentury. Despite such technological advances of touch screen displays and multimedia presentations, the tour begins where it all began, with the exhibit “A Culture of Resistance: Slavery in America 1619 – 1861” and its replicated slave ship’s cargo hold. Here, visitors are encouraged to crouch down into a space the size and shape that men and women abducted from their home would have been forced to inhabit for months during that journey across the middle passage.

It is humbling, and the exhibit on the slave trade is a reminder of the economic circumstances that begat such a shameful chapter in our nation’s history. But it is also the sort of full-scale storytelling the designers and museum curators hoped to instill in the renovation. It’s the telling, not just of the 1950s and 60s-era civil rights moments that so many are familiar with, but from the very beginning and an up-to-the-minute conditions.

In addition, and along those lines, the new, expanded layout allows for the spotlight to fall on the lesser-known heroes of the civil rights movement.

“It’s incredibly impressive,” Mittelman said. “The new exhibits tell a much broader story, a much more inclusive story. You learn the whole history of what scholars call the ‘long civil rights movement’ that extends back to the early decades of the 20th century. But the most important thing, I think, is they’ve really expanded the narrative of the movement so it doesn’t just include the well-known national figures that everybody knows about. We have all learned about Martin Luther King and Rosa Parks, but the new exhibit also tell the stories the many, many people who built the civil rights movement, who sustained the movement on the local level by fighting to integrate their local movie theater, by staging sit-ins in their communities. It's important for museum visitors to know about the many struggles for social and economic justice that were going on in communities across the nation.”

The NEH has been involved with nearly every major site that interprets slavery and African-American history in the nation, including the reinterpretation of slavery at Thomas Jefferson’s Monticello and the editing of the King papers.

“Most of the major civil rights collections in libraries, museums and archives around the nation had NEH support at some point,” Mittelman said. “So we’ve really been helping to chronicle the history of slavery and the African-American struggle for freedom since the field first took shape.”

On the day of the opening, many of the 24-member National Scholar Review Committee involved in the rewriting of the exhibits were on hand, including Dr. Hasan Kwame Jeffries, associate professor of History, Ohio State University, and Dr. Tim Huebner, History Department chair, Rhodes College. In the audience as well were some of the sanitation workers who took part in the 1968 strike that brought King and his coterie to the city. Everywhere were t-shirts and placards with the iconic “I Am A Man” slogan from that fight emblazoned across them. Memphis Mayor A C Wharton, welcomed by PBS commentator Tavis Smiley, during his turn at the podium, recognized New York City as the financial capital of the nation, and Washington D.C. as the political capital, and he hoped aloud that Memphis would become the “conscience of America.”

That conscience can be seen and felt in the museum with iconic staples such as a Montgomery bus from the 1955-1956 boycott and a 1960s-era Memphis garbage truck like the one that crushed two sanitation workers to death to precipitate the walkout and strike. An electronic heartbeat is felt as well with touch screens allowing visitors to explore the world of Jim Crow laws state by state, and another that showcases the reach of the nonviolent movement King practiced, imploring schoolchildren and other visitors to invite others to join.

The museum sees an attendance annually of 200,000, with nearly 60,000 being schoolchildren. Since its opening in 1991, at a cost of $9 million, it has hosted over 4 million visitors. In 2011, the museum received a 15-year accreditation from the American Alliance of Museums, a distinction earned by only 5-percent of museums.

D’Army Bailey, who helped arrange the purchase of the Lorraine Motel for $144,000 during a foreclosure sale on the courthouse steps, and an original founder of the museum, called the new renovations “an inspiration to future generations,” while Shelby County Mayor Mark Luttrell asked “how do you improve on excellence?”

Mittelman, introduced by outgoing museum president Beverly Robertson, who spearheaded the renovation and was welcomed herself to the stage with the fanfare afforded a rock star, summed up both sentiments: “It’s easy when you’re sitting on a landmark historic site like this, the Lorraine Motel, and a site that already draws people to Memphis . . . to just kind of rest on your laurels. But it takes real vision and real leadership to take a site that’s already popular, already telling an important story, and try to make it better, to make that story even stronger, to update it with recent scholarship. That’s the kind of project that we like to support, an institution that really sees an opportunity to grow.” 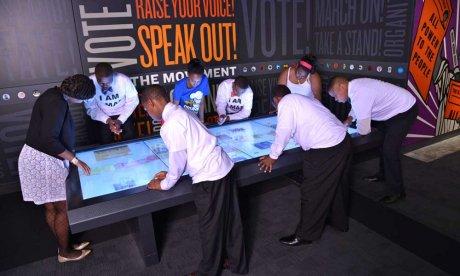 Implementation of a new permanent exhibition on the struggle for civil rights and the interpretation of the Lorraine Motel historic site at the National Civil Rights Museum was supported by a $352,000 NEH Public Programs Grant in 2012. A 2010 NEH Challenge Grant of $750,000 supported the creation of an endowment for programming at the museum. The National Civil Rights Museum was also the recipient of a 2006 NEH Preservation and Access Grant of $3,920 to support a preservation assessment of 1,100 items in the museum's moving image collection.