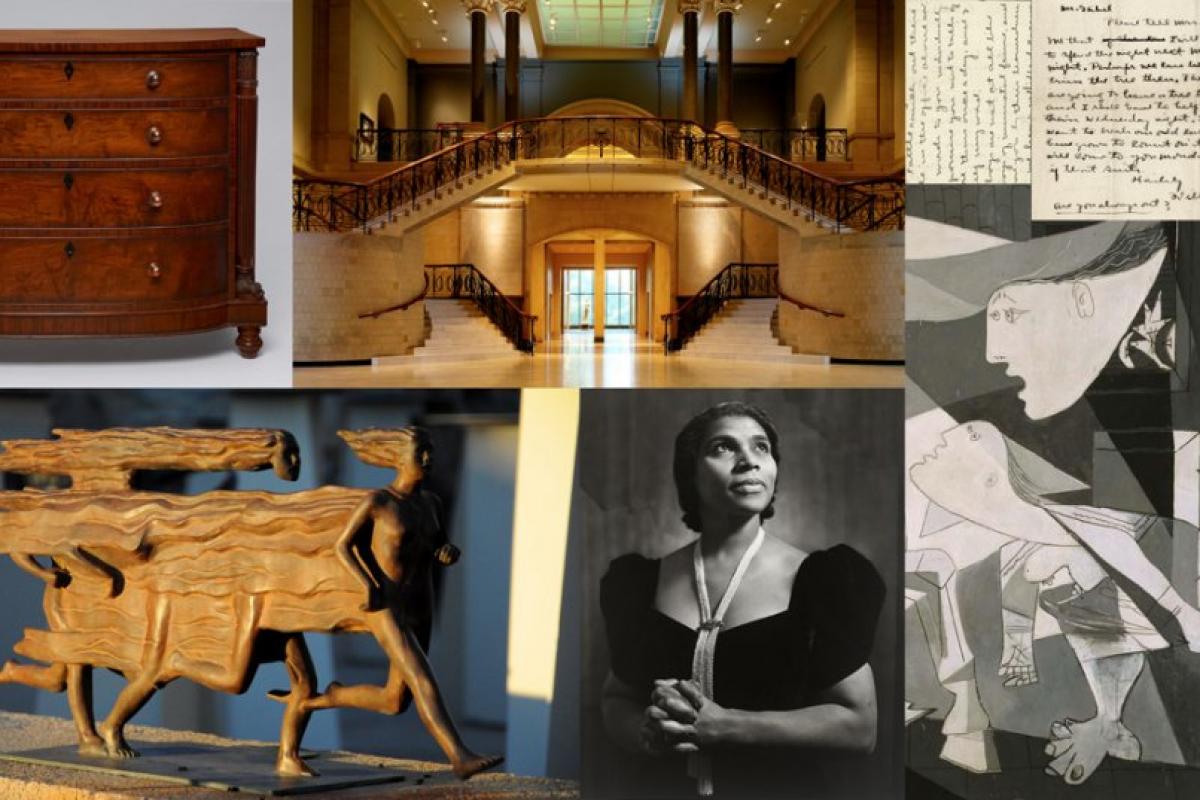 WASHINGTON, D.C. — The National Endowment for the Humanities (NEH) today announced $43.1 million in awards for 218 humanities projects across the country. The grants include the first awards made under NEH’s new Infrastructure and Capacity-Building Challenge Grant program, which will support infrastructure projects at 29 U.S. cultural institutions in 20 states and the District of Columbia.

This round of funding, NEH’s third and last for fiscal year 2018, will support vital research, education, preservation, and public programs in the humanities. These peer-reviewed grants were awarded in addition to $47 million in annual operating support provided to the national network of state and local humanities councils during fiscal year 2018.

Infrastructure grants include funding to construct a new arts and culture hub in downtown Juneau, Alaska, and to provide conservation services and training for staff of libraries at Historically Black Colleges and Universities to strengthen stewardship of special collections documenting the African- American experience.

In addition to providing for construction and capacity-building projects at museums, libraries, and colleges, NEH grants support a wide range of public programs that bring humanities ideas, experiences, and resources to communities large and small. Grants include funding for the reinstallation of a permanent gallery of early American art at the Philadelphia Museum of Art, as well as support for feature-length documentaries on the life and civil rights legacy of singer Marian Anderson and on the literary career and cultural impact of Laura Ingalls Wilder.

Other grants announced today advance scholarship and discovery in the fields of history, literature, linguistics, art history, and comparative religion. Archaeological excavation of an abandoned settlement in Western Anatolia will answer important questions about the transition from Greek to Roman rule in the ancient world. A project to develop software to identify and analyze archival materials in multiple indigenous languages will enable Native American communities such as the Miami Tribe of Oklahoma to revitalize languages close to extinction.

NEH Public Scholar grants, which support popular nonfiction books in the humanities, will enable publication of: a comprehensive biography of Teddy Roosevelt by Pulitzer Prize-winning author T. J. Stiles; a history of a clandestine Nazi resistance group that attempted to dismantle the Third Reich from within; and a book on a 1939 Picasso exhibition at the MoMA as a turning  point in American culture. Grants for scholarly editions and translations of significant humanities texts include continued NEH-supported work on the papers of Andrew Jackson, a documentary history of the adoption of the Bill of Rights, and a digital edition of the complete correspondence of Willa Cather.

Several projects receiving grant awards will help preserve archival collections of historical and cultural importance. These include history of science collections at the American Institute of Physics’ Niels Bohr Library and Archives, objects and art documenting the life of Emily Dickinson at The Evergreens historic house museum, and records from the Adirondack Historical Association of the region’s Native American history, settlement, and development of local logging, mining, and tourism industries.

Forty-five institutions received grants to support professional development for K-12 and college teachers through summer workshops and institutes on humanities topics such as: the Great Sioux War and the Battle of Little Bighorn; American women’s experience of the Revolutionary War and Civil War; and the history of the transcontinental railroad.