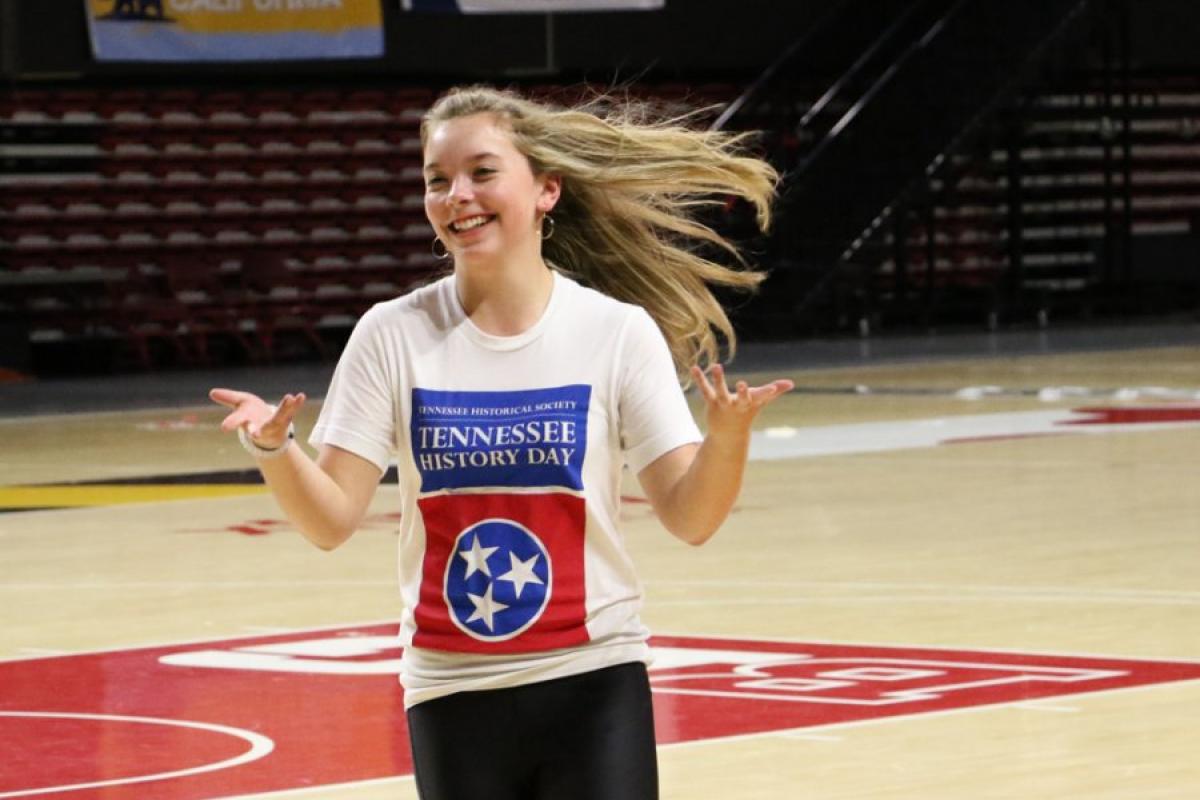 WASHINGTON, D.C. —Thirty-four students took home top prizes sponsored by the National Endowment for the Humanities (NEH) at National History Day, a nationwide contest for middle and high school students that concluded today at the University of Maryland, College Park.

Young history buffs from California, Connecticut, Florida, Maine, Maryland, Massachusetts, Minnesota, New Jersey, New York, Tennessee, Virginia, Washington, and South Korea were recognized as “National Endowment for the Humanities Scholars” for earning first place in a range of categories. Moreover, three students from Arizona and New Mexico received a special award from NEH for incorporating historic American newspapers into their National History Day projects. More than 3,000 students from around the country made it to National History Day finals.

The annual awards ceremony is the culmination of a yearlong academic program in which students in grades 6 to 12 conduct original historical research for papers, exhibits, websites, documentaries, and public performances. This year more than half a million students submitted National History Day entries on the theme of “Conflict & Compromise in History” at local, regional, and state competitions for a chance to win a spot at the national finals.

NEH has supported National History Day since the program began in the 1970s. NEH grants were instrumental in helping National History Day grow from a pilot startup project in Ohio into a national program that now operates in all 50 states, the District of Columbia, U.S. territories, and in international schools in China, South Korea, and South Asia. Winners are selected by volunteer judges, including history teachers and others. NEH does not judge the projects or select the winners. (For information on the contest, please consult the National History Day website.)

The following students received National Endowment for the Humanities Scholar awards from NEH Chairman Jon Parrish Peede at today’s awards ceremony. Winners in other categories received prizes from a host of other sponsors. Students in grades 6 to 8 compete in the “junior” division; those in grades 9 to 12 in the “senior” division.

Senior Individual Performance:
Max Mateer from Pensacola High School in Pensacola Beach, Florida
Project: Pushing the Pawn from the Purchase to the Pacific

Junior Group Performance:
Liam Garris, Ian Boghani, and Luke Hutchinson from Clayton-Bradley Academy in Louisville, Tennessee
Project: I Will Survive: The Conflicts and Compromises of the Native American Boarding Schools

Senior Group Website:
Lily Ting, Tucker Apgar, and Sean Li from Hamilton-Wenham Regional High School in South Hamilton, Massachusetts
Project: “By winter we will know all.”: The Prague Spring and Conflict over Control

A list of all 2018 National History Day winners is available at https://www.nhd.org/winners.