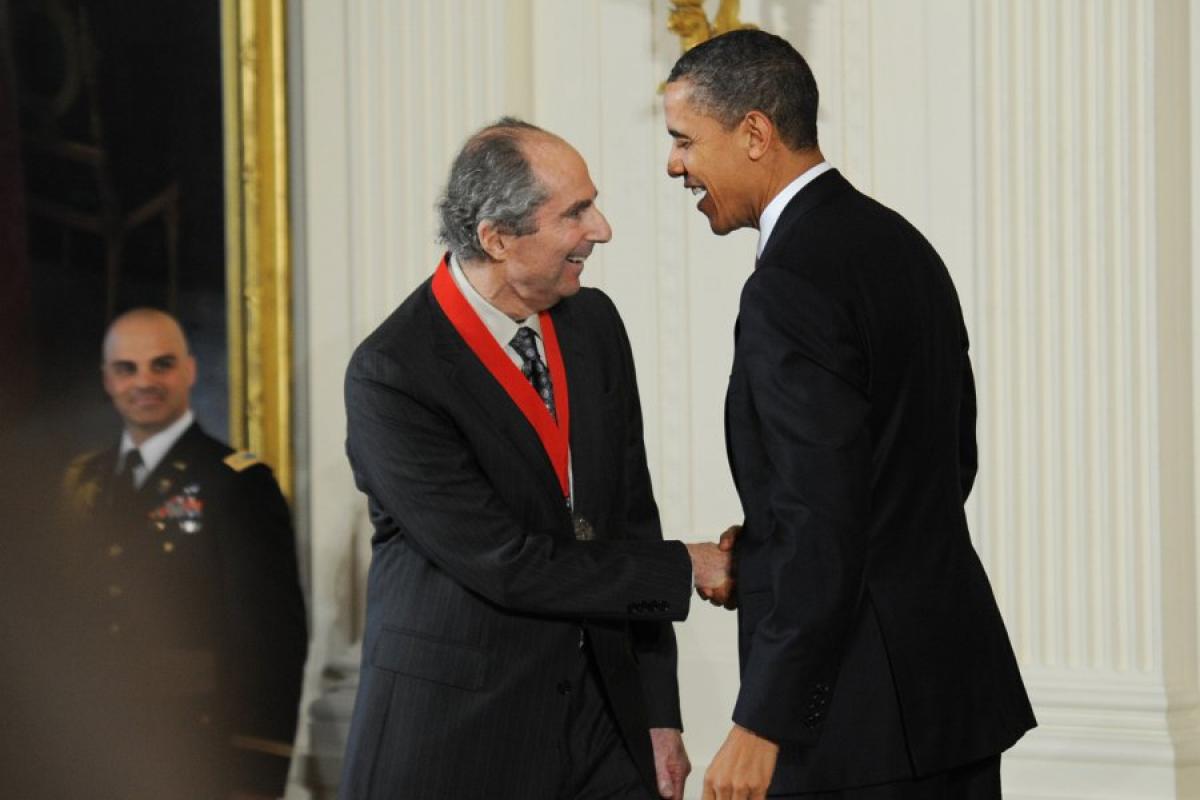 WASHINGTON, D.C.  — The National Endowment for the Humanities (NEH) joins countless readers in mourning the death of Philip Roth, a great American novelist and one of our most distinguished writers of the postwar generation. In 2010, Roth received the National Humanities Medal for his many contributions to American letters.

“Philip Roth was a brilliant craftsman who had a transformative impact on the modern novel in the English language,” said NEH Chairman Jon Parrish Peede in a statement. “F. Scott Fitzgerald famously stated that ‘there are no second acts in American lives,’ but Roth’s sheer productivity and literary excellence in his late career stands in bold opposition to that claim.”

Roth was the recipient of numerous prizes, including National Book Awards, National Book Critics Circle awards, PEN/Faulkner awards, and the Pulitzer Prize. The Society of American Historians awarded him the James Fenimore Cooper Prize for historical fiction for The Plot Against America.

Roth began writing short stories while in the U.S. Army, he told Humanities magazine in 2010, and afterward broke into print with a story in Esquire that earned him $800, which he used to move to New York City. At the age of 26, he published his novella Goodbye, Columbus. It won the National Book Award.

Portnoy’s Complaint, published in 1969, sold 400,000 copies in hardcover. Famous for its glaring portrait of male adolescent sexuality, the novel made scatological comedy through a first-person confessional style that shocked and amused in equal measure. Jewish identity and sexual desire remained prominent throughout his writing, though coming-of-age stories gave way to the probing of a more complex inner self that remained distinctly masculine and drew heavily on the author’s own life.

In later years, Roth ventured beyond memoir and the fiction built around his alter ego, Nathan Zuckerman, to write on pressing issues of American history involving periods he had lived through. I Married a Communist took on McCarthyism. The Plot Against America rewrote the 1940 election, with FDR losing to Charles Lindbergh and ushering in an era of rabid anti-Semitism. Nemesis revisited the polio epidemic of 1944 as it played out in Newark, New Jersey, Roth’s hometown. For him, history was personal and the personal was history.