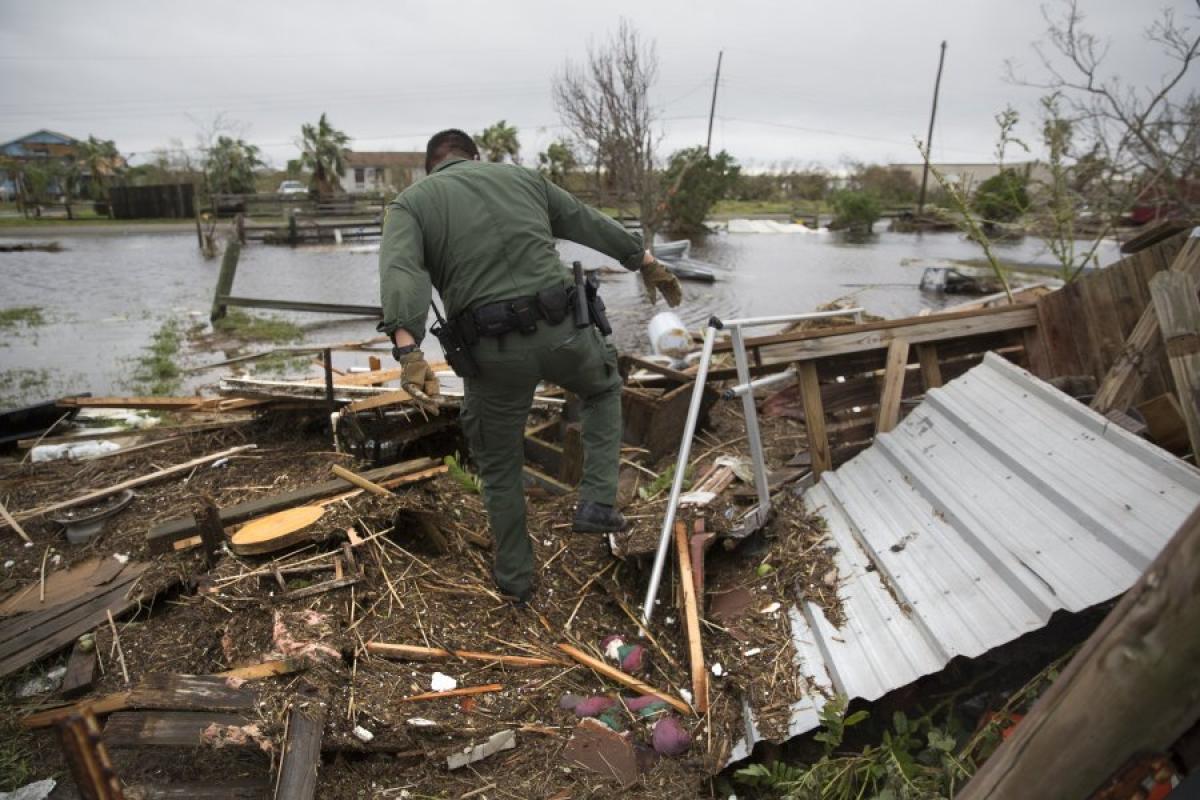 A U.S. Border Patrol agent searches for survivors in the wake of Hurricane Harvey near Rockport, Texas, on August 27, 2017.

The National Endowment for the Humanities (NEH) will award up to $1 million in emergency grants to preserve humanities collections and help restore operations at libraries, museums, colleges, universities, and other cultural and historical institutions in the areas of Texas and Louisiana affected by Hurricane Harvey, Acting Chairman Jon Parrish Peede announced today.

“NEH has designated these funds to support the people in Texas and Louisiana in their efforts to protect the historic materials that document their invaluable contributions to American culture,” said Peede. “We are proud to partner with Humanities Texas and the Louisiana Endowment for the Humanities and their dedicated staffs in a coordinated federal-state response.”

NEH is providing approximately $250,000 in initial funding to the two state humanities councils to be re-granted according to their assessments of local needs. The Texas Cultural Emergency Response Alliance and the Heritage Emergency National Task Force also will receive NEH funding to conduct outreach and assess damage.

“We at Humanities Texas deeply appreciate NEH’s strong support of our state’s educational and cultural institutions that have been devastated by the hurricane. We will work with the affected communities to ensure that NEH’s funding goes as far as possible,” said Michael Gillette, executive director of Humanities Texas.

In addition, cultural institutions in FEMA-designated disaster areas will be able to apply directly to NEH for streamlined emergency grants of up to $30,000, beginning on September 8, through the agency’s website, www.neh.gov. This special Chairman’s Grant opportunity will be open until December 31, 2017.

All current NEH grantees impacted by Hurricane Harvey may apply to change the scope of their grants to repurpose the agency’s funding to focus on critical needs. These grantees should contact the appropriate NEH division for further instructions.