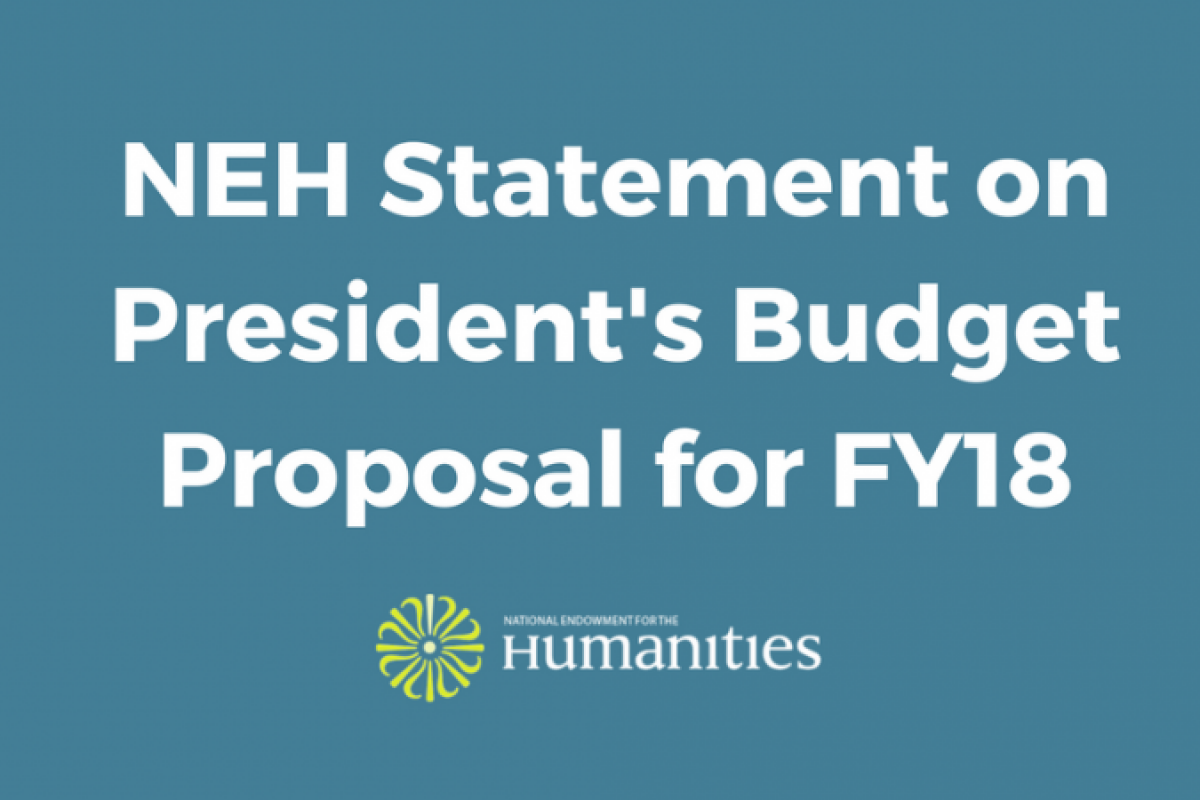 Today the Trump administration released its comprehensive budget for the Federal government for FY 2018. The White House has requested that Congress appropriate approximately $42 million to NEH for the orderly closure of the agency. This amount includes funds to meet matching grant offers in effect as of October 1, 2017, as well as funds to cover administrative expenses and salaries associated with the closure.

As NEH awaits Congressional action on the President’s proposed budget, the agency is continuing normal operations and will be making the next round of FY 2017 awards following the meeting of the National Council in July.

Since its creation in 1965, NEH has established a significant record of achievement through its grantmaking programs. Over these five decades, NEH has awarded more than $5.3 billion for humanities projects through more than 63,000 grants. That public investment has led to the creation of books, films, and museum exhibits, and to ensuring the preservation of significant cultural resources around the country.

NEH grants have reached every part of the country and provided humanities programs and experiences to benefit all of our citizens. Hundreds of veterans leaving the military service and beginning to pursue an education have benefited from the Warrior-Scholar program, a boot camp for success in the college classroom. Students, teachers, and historians have access to the papers of President George Washington. NEH On the Road circulates traveling versions of major exhibitions to rural towns and small cities all over the map from Greenville, South Carolina, to Red Cloud, Nebraska, and beyond. Through these projects and thousands of others, the National Endowment for the Humanities has inspired and preserved what is best in American culture.