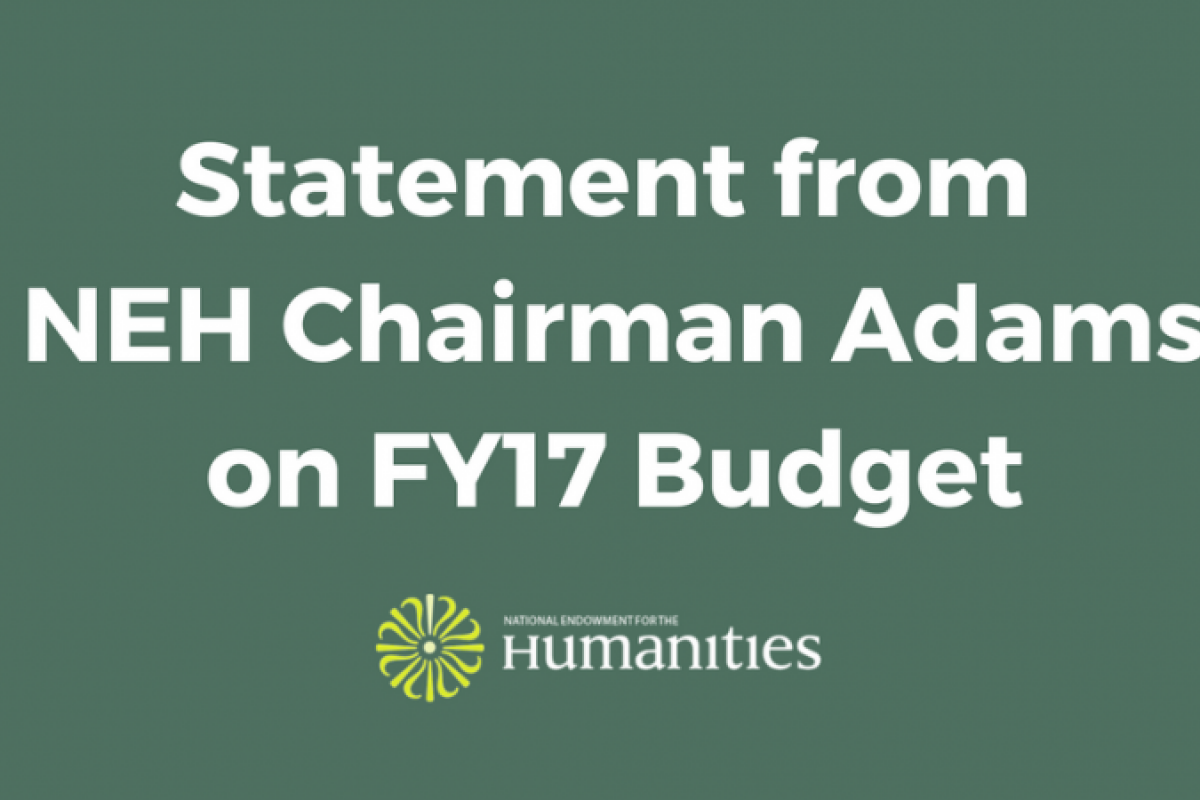 NEH Chairman William D. Adams released the following statement on the Consolidated Appropriations Act of 2017, approved by Congress and signed into law on May 5, 2017:

By signing this bill, Congress and President Donald J. Trump have provided funding for NEH of $149,848,000, an increase of almost $2 million over the agency’s Fiscal Year 2016 funding level.

The House bill’s explanatory statement especially commends NEH for its support of grant programs that benefit veterans, Native American and Alaska Native communities, and the state humanities councils. We are proud of our important work in these areas as well as our support of a variety of other humanities programs and projects.

We are pleased to be able to continue our normal operations, in the months ahead, of accepting and reviewing applications and supporting humanities programming throughout the country, as has been true throughout our 50 years of service to the American people.