The Temple of Bel, dating from 32 AD, from the archaeological site at Palmyra in Syria. The temple and other ancient monuments at Palmyra were destroyed in 2015.

Across the globe, humanity’s cultural legacy is under threat from war, looting, natural disasters, economic development, tourism, or poor management. In response, the National Endowment for the Humanities (NEH) is putting out a call for projects that contribute to the study, documentation, or digital reconstruction of cultural heritage materials that are at risk or have been lost.

“The recent targeted destruction of so many important cultural sites in the Middle East and Africa underscores the urgency of protecting the global cultural heritage to which we all belong,” said NEH Chairman William D. Adams. “Through this special encouragement, NEH is encouraging efforts that will stem the loss of millennia of human history and knowledge.”

Through “Protecting our Cultural Heritage” NEH invites applications for projects that undertake virtual and 3D reconstructions of works of art, monuments, sites, or landscapes; training for cultural heritage specialists in risk assessment and preservation approaches; or data-sharing and knowledge exchange about cultural heritage sites.

Further details of the encouragement are available on NEH’s website, here, and in the agency’s grant program guidelines. Interested applicants should consult with program officers in the Divisions of Education, Preservation and Access, Public Programs, Research, and the Office of Digital Humanities to determine which NEH program would be appropriate for their proposed project.

This encouragement is part of the Endowment’s continued focus on safeguarding cultural heritage. On December 11-12, 2015, NEH sponsored a summit that brought representatives of 19 international groups involved in protecting heritage materials in Syria and other zones of conflict to Washington, D.C., to identify ways to collaborate and maximize their efforts.

The two-day conference, titled Seeking Collaboration: A Summit for Projects Collecting Cultural Heritage Data in Syria and Conflict Zones, was co-organized by the American Schools of Oriental Research and the Archaeological Institute of America and held at the headquarters of the National Endowment for the Humanities and the National Geographic Society.

Watch video of presentations by the 19 international groups working to preserve historical and archaeological materials in Syria and other conflict zones.

As a result of the meeting, participants agreed on a set of principles of collaboration intended to facilitate sharing of information, resources, and expertise to allow for more effective, coordinated preservation efforts and to set goals for future cooperation.

These initiatives build upon NEH’s long-standing commitment to preserving historical and heritage materials and responding to threats to cultural resources. In the wake of Hurricane Katrina, NEH provided over $2 million in emergency grants for the salvage and recovery of historical documents, artwork, and archival and museum collections in New Orleans and the Gulf Coast region. Between 2004 and 2008, NEH awarded nearly $2 million to preserve and document Afghan cultural heritage and provide training in preservation methods to Afghan museum and library staff, and another $1.5 million for training programs and preservation and documentation of archaeological sites and collections in Iraq.

The agency also supports training for cultural heritage professionals in emergency preparedness and response, and provides grant funding for projects to preserve and make accessible collections of art and archaeological remains, manuscripts, and artifacts. For example, NEH grant support for the CORONA Atlas of the Middle East has allowed researchers to mine declassified satellite images from the 1960s and 70s for important information about archaeological sites in the Middle East prior to recent industrialization and urban expansion. NEH is also a funder of the Giza Project, a collaborative international initiative to collect, preserve, and digitally present all archaeological records from the ancient Egyptian Giza Pyramids and great Sphinx.

Read more about NEH-funded projects that have helped preserve the cultural heritage of the Ancient Near East and Mediterranean. 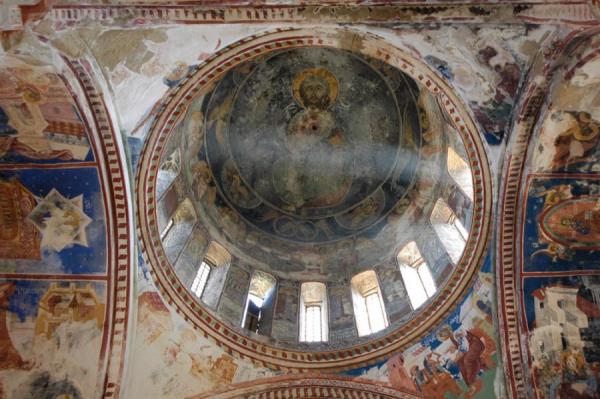