Three New Members to Join the National Council on the Humanities

The National Endowment for the Humanities (NEH), an independent federal agency that awards grants, announced today that three prominent and accomplished individuals --  Francine Berman, Patricia Limerick, and Shelly Lowe -- will join the Endowment’s advisory board. The board, called the National Council on the Humanities, consists of 26 distinguished citizens who make recommendations on grant applications and advise the Chairman.

The three new Council members were nominated by President Barack Obama in the spring of 2015 and confirmed by the U.S. Senate in November 2015.

After being sworn in, the new members can begin their service. The National Council on the Humanities meets three times a year in Washington, DC. The next meeting is in March.

Chairman William D. Adams praised the new members. “Francine Berman, Patricia Limerick, and Shelly Lowe are distinguished, prominent leaders in their respective fields of study and I look forward to their insights and contributions. Their expertise will help NEH strengthen and promote excellence in the humanities for all Americans.”

Here are biographies and quotes from each new member:

Francine Berman, Ph.D., has been a leading thinker and pioneer in the field of computer science for decades. She is the Hamilton Distinguished Professor in Computer Science at Rensselaer Polytechnic Institute(RPI) in New York. She is also a Fellow of the Association of Computing Machinery (ACM), Institute of Electrical and Electronics Engineers (IEEE) and American Association for the Advancement of Science (AAAS).  In 2009 she received the ACM/IEEE-CS Ken Kennedy Award for "influential leadership in design, development and deployment of national-scale cyberinfrastructure." She is the U.S. lead of the Research Data Alliance, an international organization created to accelerate research data sharing.  She is also Chair of the Anita Borg Institute Board of Trustees, co-Chair of the National Science Foundation (NSF) Advisory Committee for Computer and Information Science and Engineering, and a member of the Sloan Foundation Board of Trustees.  Previously, Dr. Berman served as Director of San Diego Supercomputer Center and Vice President for Research at RPI. Dr. Berman has been recognized by the Library of Congress as a "Digital Preservation Pioneer”.

On her appointment to the National Council on the Humanities, Dr. Francine Berman said, "Digital information is transforming the landscape in all areas, including humanities research, education and preservation.  I am tremendously honored by this appointment and look forward to contributing and learning as a member of the NEH Council.”

Patricia Limerick, Ph.D., is the Faculty Director and Chair of the Board of the Center of the American West at the University of Colorado, Boulder, where she is also a professor of environmental studies and history. She is the author of the books Desert Passages, The Legacy of Conquest, Something in the Soil, and A Ditch in Time. A frequent public speaker and a columnist for the Denver Post, Limerick has dedicated her career to bridging the gap between academics and the general public, to demonstrating the benefits of applying historical perspective to contemporary dilemmas and conflicts, and to making the case for humor as an essential asset of the humanities. A recipient of a MacArthur Fellowship and the Hazel Barnes Prize (the University of Colorado’s highest award for teaching and research), she has served as president of the American Studies Association, the Western History Association, the Society of American Historians, and the Organization of American Historians, as well as the vice president for teaching of the American Historical Association. In January of 2016, Colorado Governor John Hickenlooper appointed Limerick to the post of State Historian. Limerick received her B.A. from the University of California, Santa Cruz, and her Ph.D. from Yale University.

On her appointment to the National Council on the Humanities, Patricia Limerick said, "My two older sisters were cheerleaders in high school, and I was not.  Thus, this appointment to the National Council for the Humanities gives me a chance to make up for lost time. I am eager to do everything I can to cheer for the under-utilized power of the humanities to benefit the nation and the world This is a cause I have believed in since the bookcases of my hometown public library provided my habitat of preference, while my sisters were out on the field, energetically rallying our fellow citizens in Banning California to a common cause."

Shelly C. Lowe is an enrolled member of the Navajo Nation.  She is Bilagaana, born for Náneesht’ézhí Tách’iinii. Her paternal grandfather’s clan is Tábaahá.  Ms. Lowe grew up on the Navajo Reservation in Ganado, Arizona.  She is currently the Executive Director of the Harvard University Native American Program and was previously the Assistant Dean for Native American Affairs in the Yale College Deans Office and Director of the Native American Cultural Center at Yale University.  Prior to her position at Yale, she spent six years as the Graduate Education Program Facilitator for the American Indian Studies Programs at The University of Arizona.  During her time at The University of Arizona she was actively involved in the Native American Student Affairs Office and the American Indian Alumni club.  She has served on the board of the National Indian Education Association and as a Trustee for the National Museum of the American Indian.  She currently serves on the board of the Beantown Cats Alumni Chapter.  Ms. Lowe has presented and published in the field of American Indian higher education and is completing her doctorate in Higher Education with a focus on American Indian student success and services.

On her appointment to the National Council on the Humanities, Shelly Lowe said, “To me humanities is about place and time.  It’s the essence of a city and its people.  It’s the feel of the land and the people who move through it daily. It’s the beauty of community and the energy encompassed within it. It’s a piece of time that is captured, shared, and then forever ongoing through memory, story, and learning.  Humanities is what we see, smell, hear, and feel when we engage with the diversity of our country.  I am honored to join the National Council on the Humanities in their work to support, award, and share the cultural heritage of our diverse communities and to further promote America’s rich traditions, history, and cultures.” 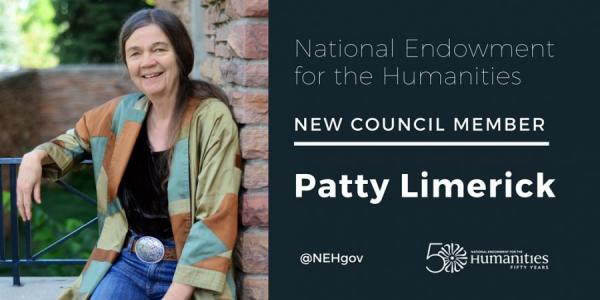