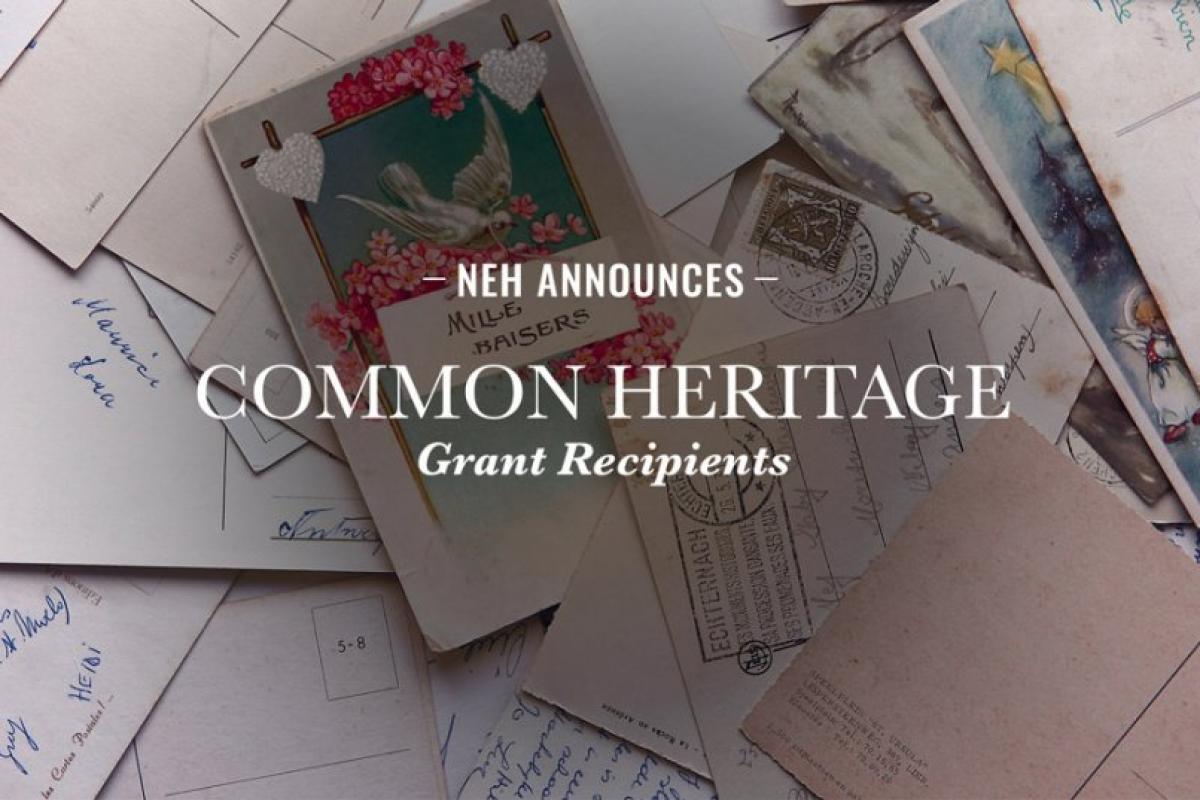 The National Endowment for the Humanities (NEH) today announced $434,864 in grants to 38 cultural organizations to bring historical records and artifacts currently hidden in family attics and basements across the country and make them digitally available to the wider public and for posterity.

These are the first awards made under NEH’s new Common Heritage grant program, which was created in April 2015 as part of The Common Good: The Humanities in the Public Square, an agency-wide initiative that seeks to enhance the role of the humanities in civic life.

Common Heritage grants will allow historical societies, libraries, archives, museums, colleges and other local institutions to host “digitization days” encouraging members of the public to share materials important to their family or community histories, such as photographs, artifacts, family letters, and works of art.

These items will be digitized, along with descriptive information and context provided by the community attendees. With the owner’s permission, the digitized materials will be made publicly available through the institution’s online collections. Contributors will receive a free digital copy of their items to take home, along with the original materials.

NEH Common Heritage grants will also support public programming – including lectures, exhibits, discussion programs, and film screenings—that celebrates and expands knowledge of the community’s past and the diverse histories of its members.

“We know that America’s cultural heritage isn’t found only in libraries and museums,” said NEH Chairman William D. Adams, “but in our homes, in our family and community histories, and the stories and objects we pass down to our children. These new NEH Common Heritage grant projects will help capture this vitally important part of our country’s heritage and preserve it for future generations.”

NEH Common Heritage grants of up to $12,000 were awarded to 38 community cultural organizations in 21 states and the District of Columbia.